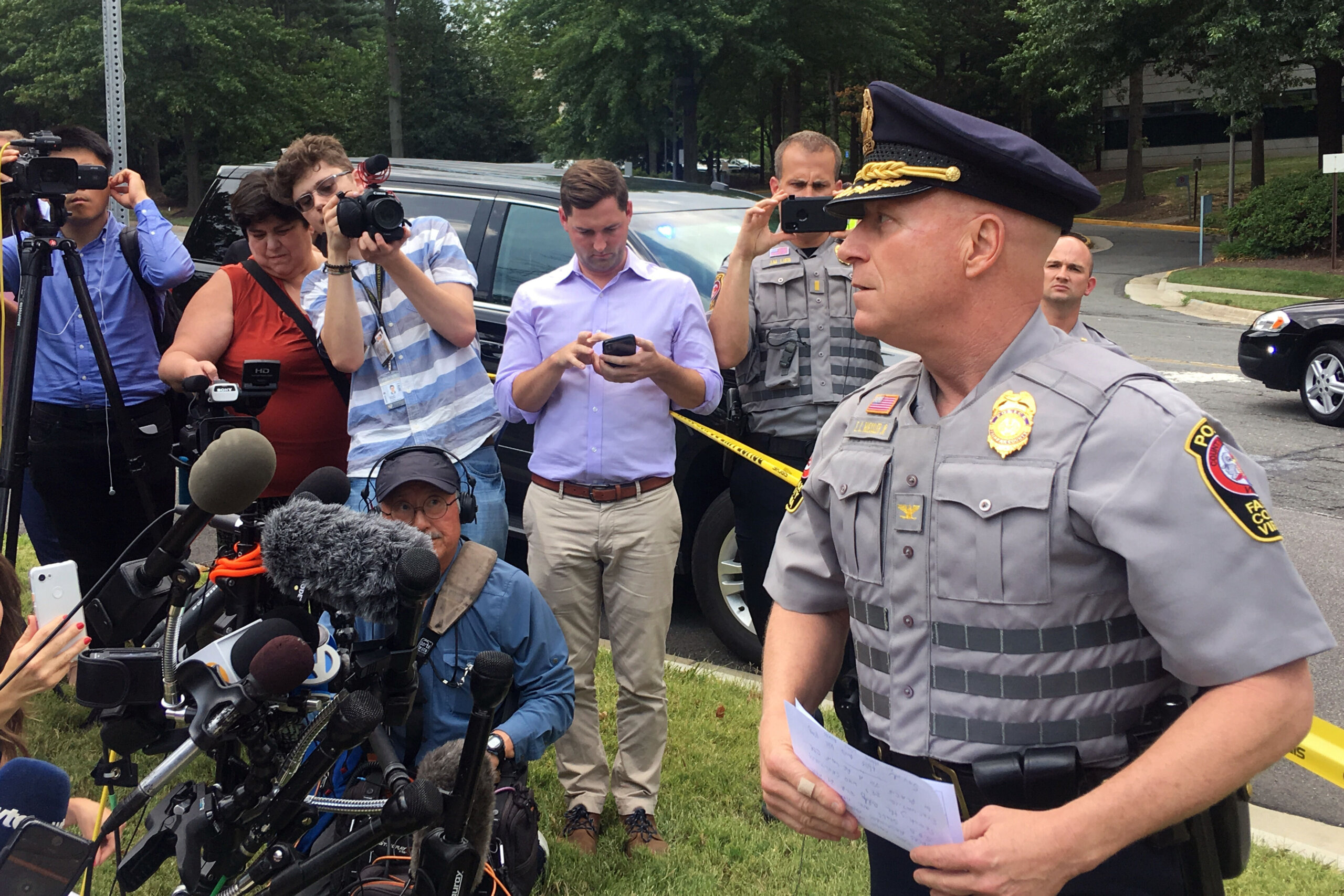 A woman who says she is the victim of the allegations has taken the stand in the civil trial of former Fairfax County Police Chief Ed Roessler and three officers.

ALEXANDRIA, Va. (AP) — The woman known to jurors only as Jane Doe shook her head Thursday as her attorney asked her a question she knew but clearly dreaded — whether she could describe the injuries she’d sustained over five years in Virginia. based on sex trafficking?

Her voice shook as she described the abuse she suffered at the hands of clients of the prostitution ring. She eventually broke down and sobbed uncontrollably — the words “I’m so ashamed” barely audible between screams — prompting a temporary halt to the trial of Doe’s civil suit against the former police chief and three other officers.

It was the most dramatic moment in the trial blockbuster allegations that the former Fairfax County police chief and three officers were clients of the prostitution ring and that they served as its protectors, telling the company’s manager, Hazel Sanchez, when special agents and undercover police would be in the area.

Former Chief Ed Roessler and three other officers deny the allegations, although two former officers, Michael Barbazette and Jason Murdoch, admitted they were Sanchez’s clients and resigned from the police force after their phone numbers were found on Sanchez’s phone.

So far, jurors have heard testimony from Doe and another woman who says she was trafficked. Both identified all four officers as people they had seen at various hotels and apartments in northern Virginia where Sanchez was setting up shop.

Jurors also heard from award-winning former officer William Wolfe, who was tasked with investigating the sex trade as part of a multi-jurisdictional task force. Wolfe testified that Barbazette, his supervisor, interfered with his investigation and that another senior officer, who is the fourth defendant, James Baumstark, was indifferent when Wolfe raised concerns about how he was being managed.

While there is strong evidence that Doe and the women involved in Sanchez’s operation suffered horribly, jurors in the civil trial in U.S. District Court in Alexandria face the much tougher question of whether the four officers were involved in human trafficking Dow.

“They have the force of law. They protect us. They shouldn’t be clients,” Dow said Thursday after she recovered and court resumed.

However, during cross-examination, defense attorneys expressed doubts about whether the women had accurately identified the four officers as clients.

The allegations have changed since the lawsuit was filed in 2021. Neither officer was initially named in the lawsuit. Barbazette and Murdoch were joined in the lawsuit after Doe’s attorney, Victor Glasberg, learned that they resigned after the FBI turned over the findings of the Sanchez prostitution investigation, and that those findings prompted their resignations.

Rössler and Baumstark were attached to the lawsuit initially on charges that they helped cover up the officers’ crimes. It wasn’t until the trial began Tuesday that Roessler and Baumstark were publicly accused of being clients of Sanchez, who was convicted in federal court of running a prostitution ring and sentenced to prison.

Kim Baucom, an attorney at Roessler & Baumstark, called the charges against them “absurd” and “of whole cloth.”

Roesler stepped down as executive of Fairfax County, a densely populated suburb of the nation’s capital, in January 2021 — years after the collapse of Sanchez’s network and before Doe’s lawsuit was filed. There is no indication that the allegations played any role in his decision to retire.

The lawyers presented evidence that Doe was not a victim of human trafficking, but a voluntary prostitute.

Dow admitted that when she was recruited to the US from Costa Rica in 2010, she was willing to have sex for money.

But Doe said the recruiter Sanchez told her she would mostly work as a nanny and housekeeper in the US. Working as an escort will be an extra gig and she will go on dates with wealthy clients and can choose whether or not to have sex with any particular client. , she said.

Both Doe and the other woman who testified were also thoroughly questioned about why they returned to work for Sanchez during multiple trips back and forth between Costa Rica and the U.S.

Both women testified that Sanchez threatened their families, showing them pictures of the children at home and at school and implying that she had operatives in Costa Rica who could harm them. Both women also said they did not believe they would be able to run to the police because they believed the police were protecting Sanchez.

The trial continues. Lawyers for the four officers have not yet presented their case.

Copyright © 2023 The Associated Press. All rights reserved. This material may not be published, broadcast, written or distributed.