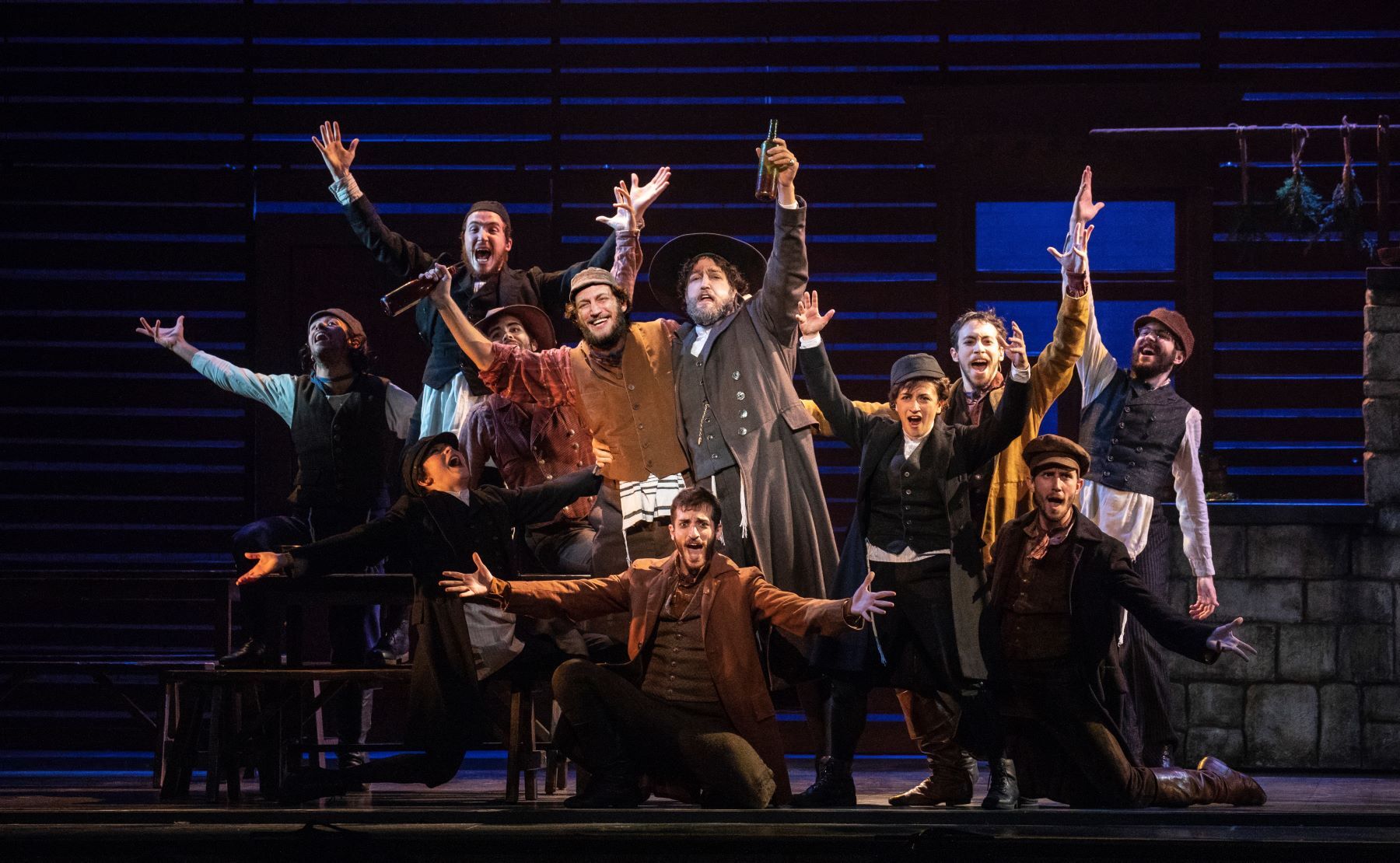 Virginia native returns home for “Violinist on the Roof”

A McLean high school graduate returns home to Capital One Hall in Tyson, Virginia. Alex Stone will play on the national tour “Fiddler on the Roof” from Friday to Sunday.

Alex Stone will play in the national tour “Violinist on the roof” Friday to Sunday.

“This is my first very large, large-scale project for big boys,” Stone told WTOP. “It’s nice not only for my resume, my career and my artistic side, but also my parents who have supported me along the way by receiving a seal of approval. … It’s nice that this is going to my hometown. I feel so happy and honored that I can do it. ”

He once performed “Violinist on the Roof” at Longfell High School in Falls Church.

“In eighth grade, I played a very, very solid Tevye,” Stone said. I told my family that we were filming The Violinist, and I had never heard of it. They said, “Okay, stop! Let’s watch a movie! ‘ So they showed me a classic movie. … I was not only delighted, but also very shocked and surprised that our teacher trusted it to high school students, but it was not bad! ”

Adapted by Joseph Stein from Sholem Aleichem’s Thebes and His Daughters, the story is about a young Jew, Thebes, who raises five daughters in the Russian town of Anatsevka during the 1905 settlement of Imperial Russia. He tries to maintain his religious traditions in a changing environment. peace when his daughters choose husbands against the Jewish heritage.

After the recent Russian invasion of Ukraine, the show feels even more timely.

“It’s amazing how suddenly this has become a very relevant topic,” Stone said. “Anatsevka is actually in Ukraine. We mention many places such as Kyiv and Odessa. It’s also very unpleasant for my character … who is actually Russian, who comes to this village and claims not to be his territory. … It opened my eyes to the atrocities taking place in our time. “

In 1964, the original Broadway production received nine Tony nominations, including Best Musical, on its way to the honorary 10th Tony as the longest-running musical in Broadway history. In 1971, the film version starring Poplar received eight Oscar nominations, winning three.

The collection of songs by Jerry Bock (music) and Sheldon Harnik (lyrics) is equally timeless, including “Tradition”, “If I Were a Rich Man”, “Matchmaker, Matchmaker” and “To Life”.

“There are a lot of different numbers that are eternal,” Stone said. People who don’t even know musical theater when we’re on the road, and I remind them that I’m involved in a touring production of “Violinist on the Roof,” they say, “Oh, of course! ‘Matchmaker!’ … Have a lot of fun performing all these classic songs in a new direction [director] Bartlett Cher.

Visual works of the Cher period take us to Russia at the beginning of the century.

“I really like the whole design of this production,” Stone said. “We are different [back]drops for a wedding room if it’s night or sunset. We have this whole village [back]the fall that is coming, so it looks like you see different houses created according to famous paintings from that time. … You just go deeper into the world. “

Dancing in these visual spaces is a real choreography.

“One of my favorite parts of this production is the great choreography,” Stone said. “It’s all justified, it’s very real. They either dance because they celebrate their heritage and traditions from a very structured, tough place … or they spend a grand old time celebrating at a bar or wedding, bragging to friends. ”

Now Stone can boast of his friends in his hometown of Virginia.

“I’m excited to see so many of my friends, colleagues and people I’ve worked with over the years,” Stone said. “It’s very nice to be back in that place that gave me a little reason and a little inspiration to do it all. I ran the show not only in high school but also at the McLean Community Center! It’s really, really a platform for stomping. “

Listen to our full conversation here.