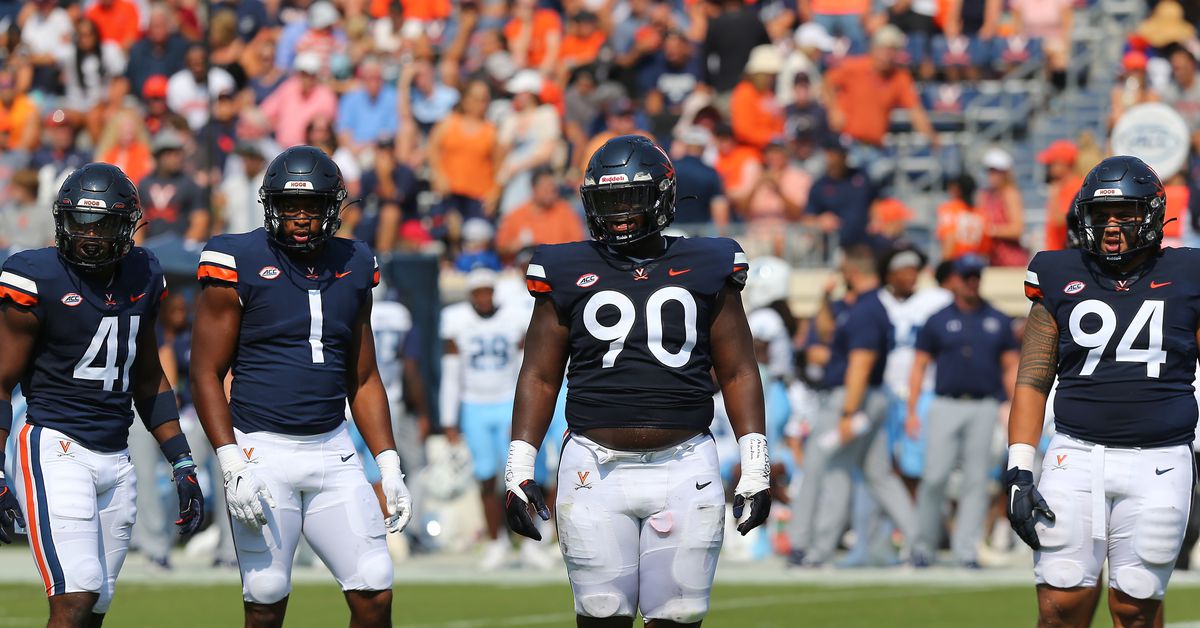 Friday’s game against v Syracuse orange, Virginia Cavaliers released the full depth chart with few changes, but with a couple of noteworthy developments.

Starting on the offensive side of the ball, there are changes from last week’s depth chart, but they simply reflect UVA’s actual starters against ODU’s injury woes. The starting offensive line appears to be pretty clear right now with Logan Taylor at left tackle, Derek Devine at left guard, Ty Furnish at center, John Paul Flores at right guard and Jonathan Leach at right tackle.

Granted, Furnish didn’t play the entire game against the Monarchs, as backup Jestus Johnson took 17 snaps in the second quarter before Furnish returned in the second half. Leech has particularly struggled in pass blocking, so there’s potential for McKale Boley to replace him if those issues persist. But for now, those five appear to be Gareth Tuyage’s starting line-up.

Everything else in the attack is the same. Somewhat surprisingly, Mike Hollins is still listed as the second quarterback behind Parris Jones. I would expect Xavier Brown to be the second back in a real game against the ‘Cuse this week how well he pitched against ODU and Hollins’ fumble against the Monarchs meant he barely saw the field in the second half for the Hoos.

There are no listed changes in defense. Replacing Jack Kemper as the backup BANDIT, D’Sean Perry will likely return to playing linebacker this week.

The secondary should be watched with fluctuation due to injuries especially among the safeties. Antonio Clary is still recovering from his injury against Illinois, while Cohen King made his season debut on Saturday and Darius Bratton is also dealing with a high ankle sprain. Currently, Jonas Sanker is slated to start at nickel, Lex Long at free safety, and Clary is listed as the starting strong safety competition. Fortunately, there’s depth at all of those spots, and you’ll likely get a decent replacement among those positions against Syracuse.

Duty at the points of return is provided for special brigades. Ethan Davis is now listed as an “or” option for Billy Kemp IV in PR after living up to Tony Elliott’s confidence as a returner against ODU. With Kemp unlikely to play again this week due to dehydration last week, Davis should be the guy again. And after a big 37-yard punt return to open UVA’s game-winning drive, Demick Starling is listed as the returning starter, with Mike Hollins now the secondary.