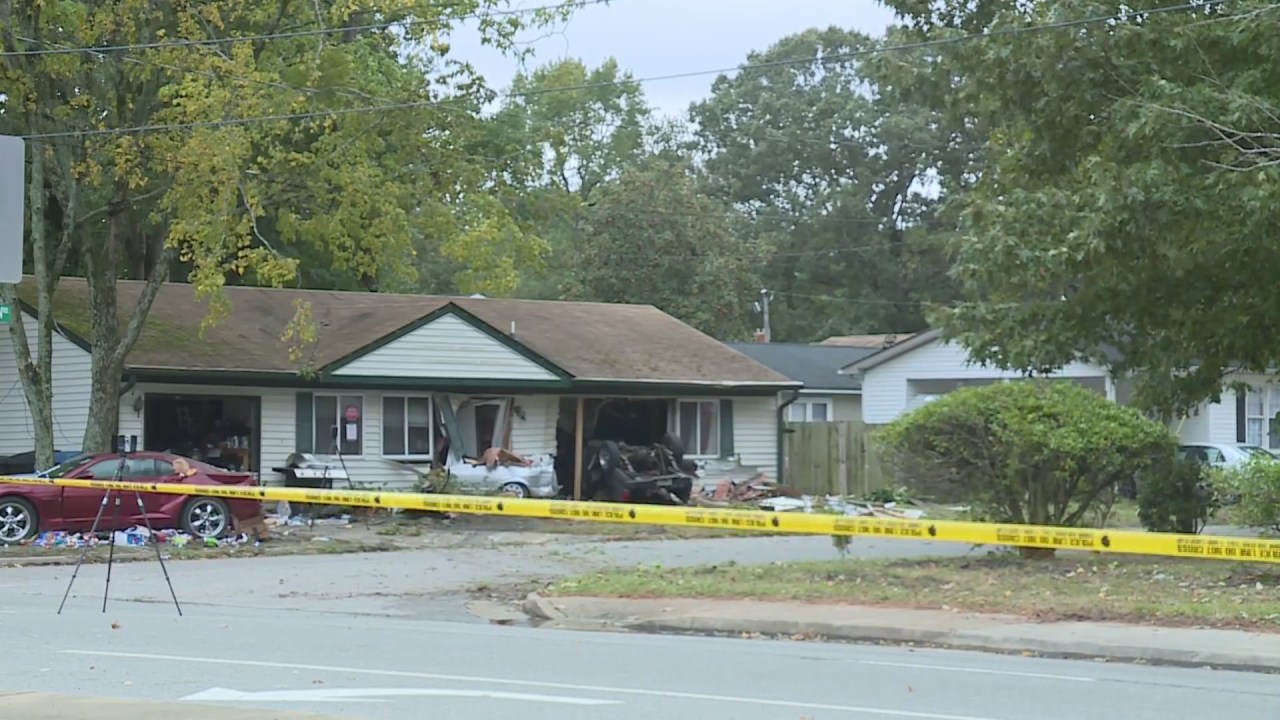 VBPD officials say the crash happened around 2:30 p.m. at the corner of Forest Glen Road. Southbound lanes of S Rosemont Rd between Bancroft Drive and Bow Creek Blvd. closed to traffic. It is close to Bow Creek Golf Course.

Police say multiple vehicles were involved in the crash, including a garbage truck. A home in the 600 block of South Rosemont Road was also damaged. Photos from the scene show extensive damage to the home and vehicles.

VBPD spokeswoman Melissa Johnston spoke with a WAVY crew at the scene. She confirmed that two vehicles had crashed on Rosemont Road. As a result of the accident, they hit a third, unoccupied car parked in the driveway. That car was pushed into the house. Another vehicle also crashed into the house.

Two people were injured, both adults. Johnston said neither is fatal.

The garbage truck is equipped with a camera, but there is no access to it yet.

Helicopter 10 flew over the scene on Wednesday night. Police cars were parked in the southbound lanes of S Rosemont Road for several hours after the crash.

WAVY News 10’s Michelle Wolf spoke with the homeowner’s mother. She said no one was home at the time of the accident.