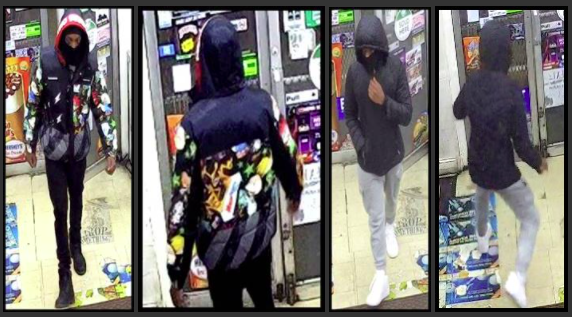 Richmond, Virginia (WRIC) – Richmond Police Detectives are asking the public for help in identifying two people who are suspects in murder on the Richmond Highway in December.

As soon as officers arrived at the scene, they found an adult man, identified as 26-year-old Christopher Barnes, in the store, who did not respond due to an apparent gunshot wound. According to police, he was pronounced dead at the scene.

The two suspects left the store and shot at the others before fleeing down the alley toward Dinvidi Avenue. Other people were not hurt.

One of the suspects was dressed in a distinctive jacket with gray stripes and colorful images in front and back.