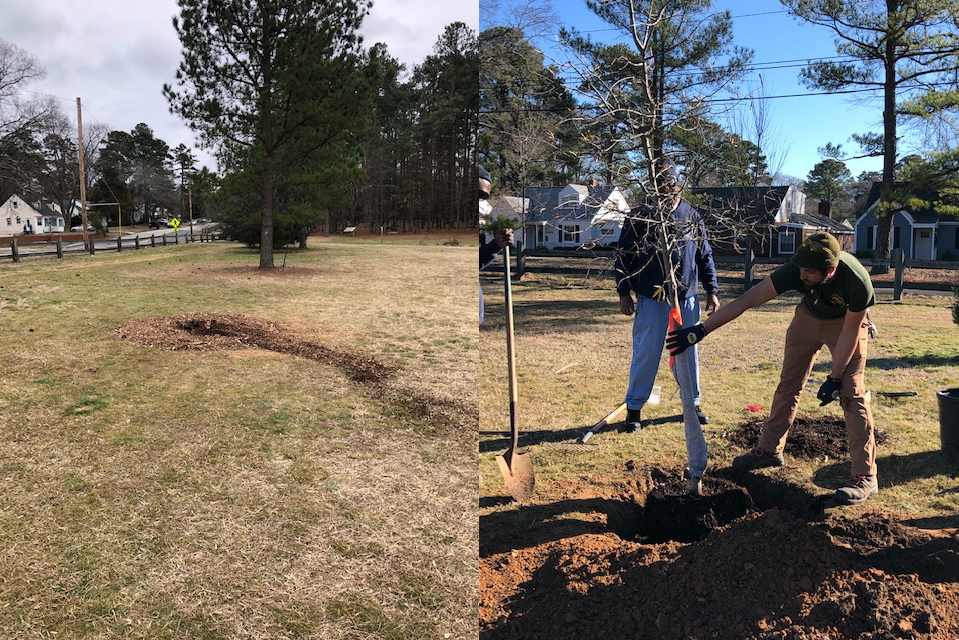 RICHMAND, Virginia (WRIC) – An environmental officer is investigating the case of several memorial trees that were stolen at night from Bandy Field Nature Park.

David Harless, second president of Friends of Bandy Field, said two trees planted in memory of Charles Price were stolen on the night of February 12th.

The 77-year-old victim was identified in the Chesterfield fire

“We were just annoyed, surprised, surprised when one of the council members took a walk on Sunday morning and found that the trees were gone,” Harless said.

Friends of Bandy Field is a friendly organization of parks. Harless said crews from the city’s Parks and Recreation Department planted trees a few days before their theft, Feb. 10.

The trees were willow oaks and reached about 12 feet in height.

“Board members said it was a pity, but we still wanted to honor Charles Price, so we returned these trees to the ground,” Harless said.

The crews, who originally planted the trees, gathered next week to transplant them. Harless explained that they inserted poles into the ground at a slight angle to the outside and installed chains at the base of the trees to keep potential thieves from stealing the trees a second time.

He said each tree costs about $ 200 excluding the cost of planting workers.

Charles Price was an environmentalist who served as president of Friends of Bandy Field for 23 years.

He worked on the protection of other parks in Richmond, such as the James River Park system. Price also helped set up a department to improve the Workforce Development Program for Prisoners with John Harris.

Harless remembers Price as a good organizer and a wonderful person.

The ceremony of consecration of Price’s memorial trees is scheduled for March 19. It falls on the same day as Friends of Bandy Field Spring Volunteer Day.