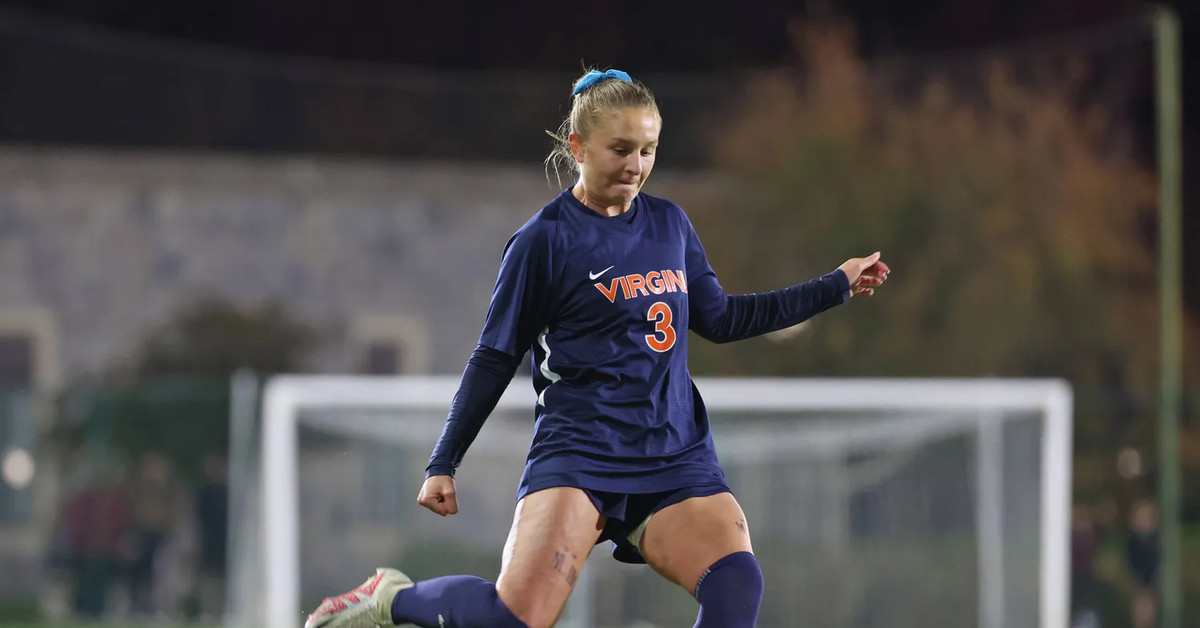 The UVA women’s soccer team lost to Duke in the ACC Tournament, 2-1

Stop Me If You’ve Heard This Before, Part I: Virginia gives up another goal in the first four minutes of the game and has to dig itself out of a hole.

Stop Me If You’ve Heard This Before, Part II: Virginia controls the game but is incredibly wasteful in front of goal, wasting an alarming amount of chances.

Yes, the standard bugaboo was cancelled Virginia Cavaliers once again and leaves UVa asking the same questions it has been asking itself all season.

If there’s a coach in the ACC with a bigger presence on the field than Duke’s Robbie Church, I don’t know who it would be. Church seemingly brings a new tactical wrinkle every game, a stark contrast to Virginia head coach Steve Swenson, who pretty much puts the same cards on the table and then forces you to win. Each method has its pros and cons. Duke’s won that contest.

In this matchup, Duke will defend deep and narrow, almost giving up the wide spaces where Virginia wants to play. Seems counterintuitive, doesn’t it? But Duke wanted to give up the cross and pass the ball in the middle. And, for the most part, it worked to perfection as the Blue Devils gave a masterclass in how to play team defense. That was as good a defensive game as I’ve seen in a long time.

Of course, when you play deep, you look for counters, and again, Virginia fell victim early. Three minutes later, the ball got a little bit into midfield and Duke’s Maggie Graham got the ball and made what initially looked like a speculative forward pass, finding Kat Rader in space. Rader turned the ball on and passed it to Michelle Cooper. Cooper is faster than Claire Constant and she missed the ball in front of her, looked up, took her time, and with her first touch, put the ball into the back corner.

The spot Rader found himself in was a spot the Virginia team was about to concede. Left guard Samar Guidry was in Duke’s half of the field as Graham broke down the defense. Most other teams would have the outside linebackers play deeper, but that’s not Virginia’s way. It was a minus.

The positive for Virginia is that the loose outside backs cause matchup nightmares for the other team’s back lines, allowing Virginia to flood the midfield and control the game. It worked against State of Florida, where “Hussy” practically drove the current champions from the field. In the second half against North Carolina, it worked as the Cavaliers rallied from a 2-0 deficit to win 3-2, again blowing their opponent off the field. And here it worked in many ways. Virginia controlled the game, and if we looked at the heat map of the matchup, the Reds would all be in Duke’s half of the field.

After the goal, Virginia quickly took control of the match and tried to find space in front of Duke’s goal. It was hard to find, and when they found it, they struggled to get capital. Lainey Rouse appears to have escaped the blow as she is back in the starting line-up and midway through the half she completes a superb cross that leaves Leah Godfrey all alone on the edge of the 6-yard box. Taking the ball on the fly, Godfrey put it over the net. Four minutes later, Hayley Hopkins made a great move to the corner of the box where she found Maggie Cagle, who also fired high.

Virginia were finding wide space as evidenced by some excellent crosses from Hydra and Rose. But there were always three or four Blue Devils in front of the goal. With 10 minutes left in the half, Godfrey was finally able to get the ball over the line and Alexa Spaanstra pounced to slide the ball past Duke goalkeeper Ruthie Jones at the far post.

The score was 1: 1, heading into the half of the game. The two teams combined for 7 shots in the half and the only two that were scored in the frame were two goals.

The second half was more of the same. Virginia controlled the game, and just two minutes later, Spaanstra found Cagle in almost the exact same spot where Godfrey hit her shot. Well, Spaanstra gave Cagle the best ball and Cagle skied it. Instead of following through, Cagle hit a ball that, like a golf bunker shot, was always going to go high.

Coulda, shoulda, woulda… Virginia had plenty of chances to take the lead and I was able to get some pretty good video of the near misses. Alexis Theore took a free-kick two yards outside the box but missed by perhaps a foot. Another excellent cross from Rouse split two defenders and found Hopkins. Who moved a foot wide perhaps. Guidry made two good shots 30 seconds apart, one hitting the crossbar and then forcing Jones to make one real save of the game.

Virginia, as we all know by now, is the most offensive team of the last decade, and the wealth of offensive talent that Swanson utilized was on par with any team in the country. Virginia has won the lion’s share of its games in the last six years I’ve watched, but the ones we’ve lost are usually not because we’ve been outplayed, but because we just can’t buy a bucket. English football fans would say that Virginia are as promiscuous as they are spendthrift in front of goal.

Duke, on the other hand, actually had only three good shots the entire game, and the third was the game-winner. In the 10th minute of the second half, seemingly out of nowhere, Kat Rader received the ball in the upper right corner of the penalty area. There were three Blue Devils in the frame, as opposed to six Cavalier defenders, and she waited and hesitated and appeared to be well covered by Samar Hydra, and yet she found the back of the net. It was a great goal and Virginia is rallying for a long week leading up to Election Sunday.

Hat tip: Olivia Millie portrayed the task of stopping Cagle. And she did. It was an extremely entertaining match and I felt she was the unsung hero of the day.

Next: Duke plays North Carolina on Thursday, a game I won’t be watching. Is there any Duke player who ever thought he was fouled, or who thinks that any non-glaringly obvious out of bounds ball should not go Duke’s way? Against them are the Tar Heels and everyone is pointing and wagging their fingers. It’s really tiring.