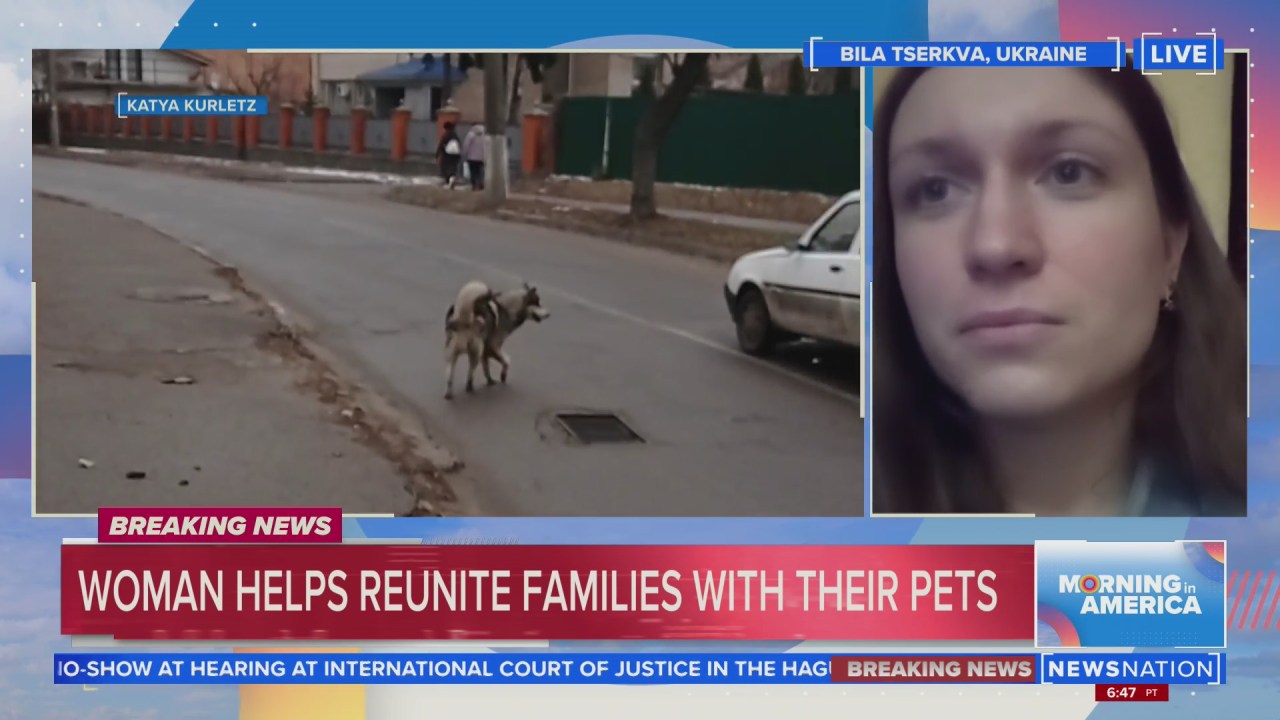 The Ukrainian reunited pets with families

(NewsNation) – More than 40 dogs and 15 rescuers were stuck in Kiev, Ukraine during the Russian invasion. Some animal lovers in the country do not want to leave behind abandoned dogs, so the rescue team, part of the World Organization for the Rescue of Dogs, Transform A Street Dogtakes on the task of delivering the dogs to a safe place.

“We had a problem with stray animals in Ukraine, but now the number of abandoned pets has increased,” said Katya Kurlets on “Morning in America.”

She says the organization is rescuing abandoned pets from the streets and even houses and apartments. She said they help reunite lost dogs and provide shelter for the abandoned.

“I want to feel safe”: Ukraine’s youth band is now a refugee

“This situation is that people are afraid to leave their homes because they know that Russians do not differentiate between the military and civilians, so it is very dangerous on the street,” Kurlets said.

However, she says, “We have to help them somehow.”

“I can’t think only of myself. It gives me a sense of life when I do something for others, ”Kurlets said.

She says organizations need money and volunteers to transport animals.

GoFundMe page was created to support this cause.