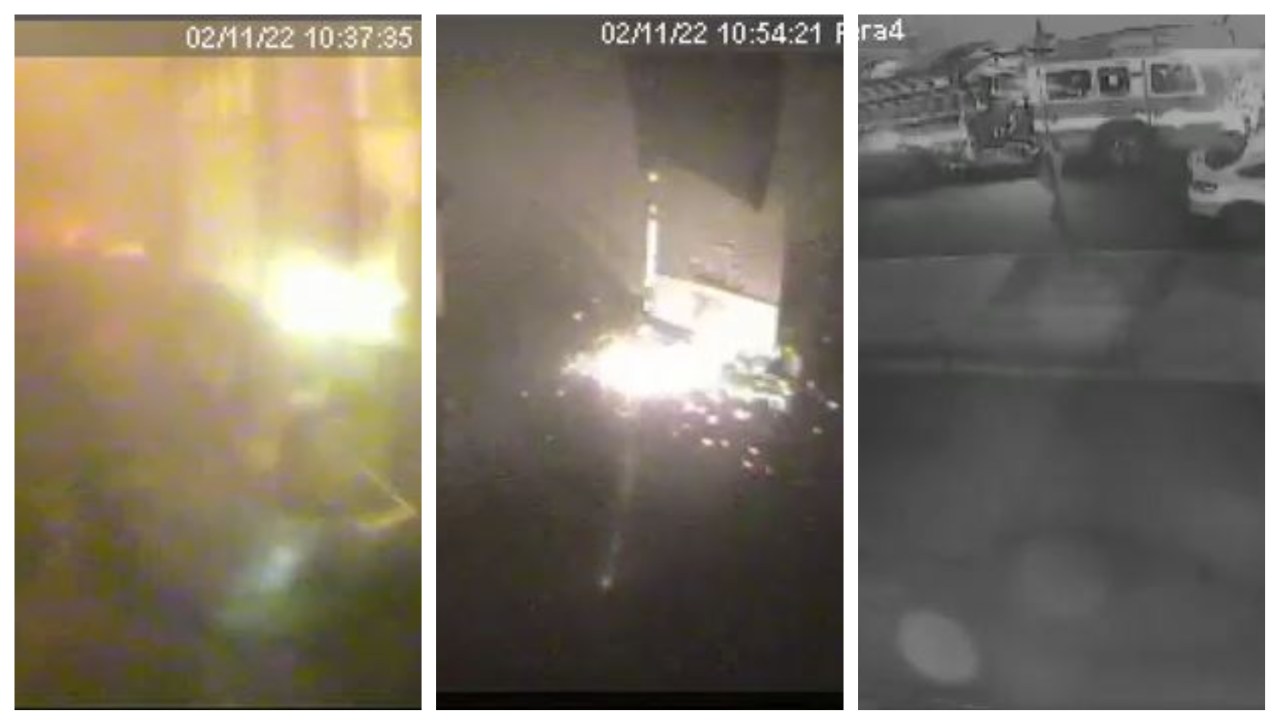 Richmond, VA (WRIC) – Video for observation from the cameras of William Fox Elementary School in Richmond, released Wednesday, gives new views of what happened on the night of the fire that devastated the 110-year-old building.

One camera from the front foyer, which overlooks Hanover Avenue, showed that the alarm went off at about 9:21 p.m. Friday, Feb. 11, when the foyer switched from still and dim lighting to a flashing gate. A few minutes later, firefighters could be seen near the front door.

According to the Richmond Department of Fire and Emergency Services, firefighters were first sent to the school at about 9:29 p.m., after a passerby called the Department of Emergency Communications, saying it could be an alarm. you can hear and see the lights flashing in the building.

The Department of Emergency Situations reportedly never received a fire alarm notification from Richmond Alarm Company because of an outdated panel in Fox that did not reflect a 10-digit dialing requirement for local calls to include zone code 804.

From another camera on the side of the school on Stafford Street, firefighters were seen entering the building around 9:34 p.m.

At another angle, at about 9:54 p.m., through the foyer overlooking Hanover Avenue, one could see First Service officers opening the Fox Elementary front door after gaining access through the basement door.

A video of surveillance from Stafford Street showed the fire service leaving the building around 10:08 p.m.

“There was a fire alarm, or a signal. We’re not sure if it was a fire alarm, a motion detector. “We’re still investigating,” Richmond Fire Chief Melvin Carter told a news conference after the fire. “We’re trying to figure it out. But firefighters have responded, gained access to the building and inspected the building. But we’re trying to determine if was it a burglar alarm, or some other type of alarm other than a fire alarm. ”

The Richmond Fire Investigation Unit continues to work to determine the cause and origin of the fire. However, at the time, officials said they found no reason to suspect arson as the cause of the incident.

“Thermal cameras were used during the search, and the crews did not notice anything extraordinary,” said a spokesman for the fire service. “They inspected the exterior and interior of the building for at least 38 minutes, finding no signs of fire.”

After securing the building and leaving the brigade were called to Fox Elementary in less than half an hour. Arriving at the scene, they encountered heavy smoke and flames coming from the top floor above the main entrance and quickly spreading to the school floor.

Richmond Public Schools (RPS) have released video surveillance from multiple Fox cameras. However, the video did not show this from the cameras on the upper floors. 8News inquired whether this was due to the fact that the fire in the upper levels destroyed the cameras, or because the cameras were not there. The team is waiting for an answer.

At about 10:40 p.m., a CCTV camera from the lobby filmed firefighters mobilizing with two hoses through the school’s front door. They could be seen filling each hose with water and letting them up the stairs.

But at about 22:49 on video it was seen that smoke from the second floor was starting to descend in the lobby of the first floor. About 10 minutes later parts of the roof began to collapse and all crews were evacuated from inside Fox Elementary.

At about 23:31 the video showed coals falling from the second floor into the lobby. In a few minutes the ceiling collapsed, and the space was filled with more coals.

By about 11:43 p.m., the school had lost electricity and lost its video signal.

“I hope that through an investigation into how the fire started, we will find out why the fire was not initially detected,” Carter said. “I am very proud of the more than 75 men and women of the Richmond Fire Department who responded to the fire with three signals at Fox Elementary School. Their devotion and courage prevented the fire from spreading to nearby homes and businesses without being injured or seriously injured. We seek to work with Richmond Public Schools and the community to restore normal life and promote healing. ”