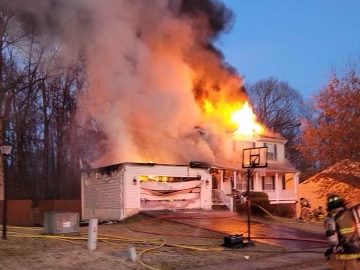 The Stafford County House is on fire Monday night

The Stafford County Fire and Rescue Service was sent to report fires in the 00 quarter of Dorothy Lane in the Harrisonville area. Arriving at the scene, the crew found heavy fire from the roof and attached garage of a two-story apartment building.

A fire was found throughout the garage and attic of the house. The crews were able to put out the fire within 30 minutes of arrival.

The occupiers did not report any casualties. American Red Cross assistance was denied.