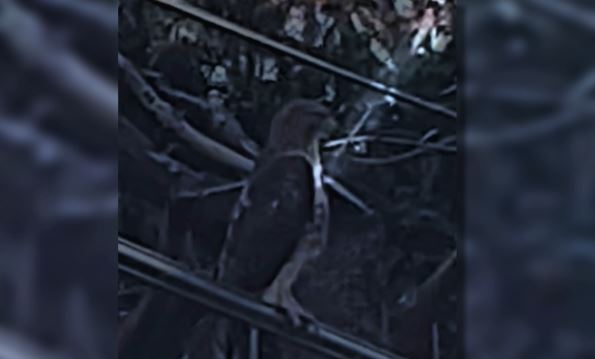 RICHMOND, Va. (WRIC) — Turkey may be the top bird on people’s minds for a typical Thanksgiving, but the Richmond Wildlife Center is asking the public to pay attention to a different kind of bird this year.

On Wednesday, Nov. 23, a state biologist received a call from a citizen who spotted a hawk with an arrow sticking out of its body along Old Gun and Cherokee roads. The hawk took off before the local wildlife center could rescue it. Melissa Stanley of the Richmond Wildlife Center stressed the importance of finding the bird — and the arrow.

“The last person to touch that arrow was the person loading the bow,” Stanley said.

In the United States, hawks are protected by the Federal Migratory Bird Conservation Act. This means that harming one of these birds is a crime. Local law enforcement knows the arrow is still out there somewhere. This could be the key to finding the culprit.

“They can wipe his fingerprints off of him and potentially figure out who’s responsible,” Stanley said.

If caught, the culprit could face up to $15,000 in fines and six months in jail. Stanley explained that the case also heavily involved elements of animal cruelty. With the weapon fixed in its body, the hawk cannot fly properly and is likely to be in a lot of pain.

“It will eventually become emaciated, either from infection or from not being able to hunt properly,” Stanley said.

So the clock is ticking. The center is calling on the community to help find the animal and the arrow — but not to touch either.

“We want to help this bird,” Stanley said. “We need every wild animal in our ecosystem to be there to continue the population. We impact the environment every day through development. Every hawk we can help is great, every wildlife we ​​can help is important.”

Richmond Wildlife Center contact information can be found online. Contact the wildlife crime hotline at 1-800-237-5712 if you have information about a crime.