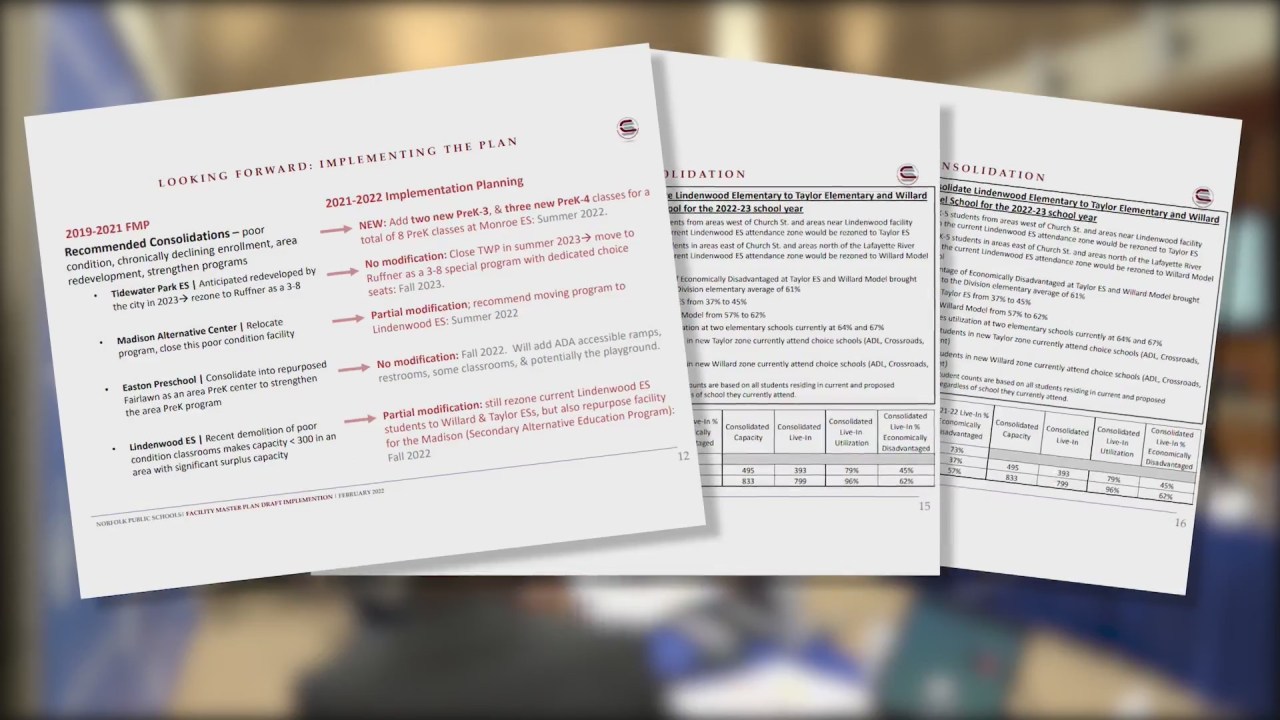 NORFOLK, Virginia (WAVY) – The proposed facility plan for the consolidation and demolition of old buildings in public schools in Norfolk has people in the community asking to speak out in the process.

One of the stages of the draft plan involves the closure of the Madison Alternative School and the relocation of Madison pupils to Lindenwood Primary School. The Lindenwood community is abandoning this plan because the current students of the school will be divided and Lindenwood will no longer be.

According to the draft master plan of the facility, 49 district school buildings are at least 50 years old. The project aims to make better use of space and resources for Norfolk students. It also details both Taylor and Willard primary schools with occupancy of less than 70%, making buildings possible options for sending Lindenwood students.

Some residents of the Lindenwood community say 10 On Your Side that the 70-year-old school is historically significant and they don’t want to see the building closed and remodeled.

“They don’t want the school to close. The school is historical, monumental, with many memories. And contrary to popular belief, there are still a lot of families who have lived here for years – two and three generations, about four generations who still live in this community, ”said John‘ JP ’Paige of the Lindenwood community.

Pastor Veronica Thomas has many children in her congregation who attend Lindenwood Elementary School.

“We want to be able to say what worries us,” Thomas said.

A spokesman for Norfolk Public Schools told us that a community meeting would be held on March 2 to further discuss the facility plan.

You can read more about Rebuild NPS 2030 and find the facility plan here.