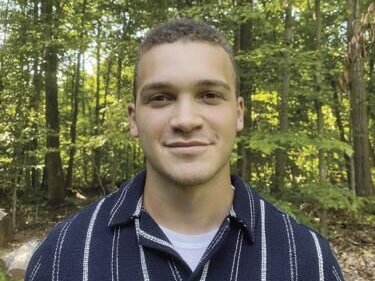 The Marine Corps Foundation has announced the largest gift in its 60-year history, $65 million from Fred Smith, a Marine Corps veteran and founder and chairman of shipping giant FedEx.

The Marine Corps Foundation has announced the largest gift in its 60-year history, $65 million from Fred Smith, a Marine Corps veteran and founder and chairman of shipping giant FedEx.

The foundation said the gift will help its mission of honoring the Marine Corps by providing scholarships to their children attending post-secondary, undergraduate and career and technical education programs.

The Marine Corps Scholarship Fund, based in Alexandria, is the nation’s oldest and largest provider of need-based scholarships to military children.

“About 40% of our scholarship recipients are first-generation college students, so for many of these families, this is a way to level the playing field and realize their aspirations, regardless of the financial means available to the family,” said Ted Probert, Foundation CEO. “It’s a great way for us to make a tangible impact and thank these veterans for their service and that sacrifice.”

Aidan Larkin of Manassas, who is one of the foundation’s scholarship recipients, is working toward a degree in aviation at Liberty University and said he has greatly benefited from the assistance.

“The scholarship took a lot of the stress out of my parents and me and the financial stress and allowed me to devote more time and effort to flying and extracurriculars… I was also able to take more credits per semester,” Larkin. said. “It benefited my studies and my family.”

“When it came time for me to choose my career and choose what industry to go into, it was pretty obvious … I feel like it’s the one that represents me and my family the most,” added Larkin.

The foundation said Smith’s gift will increase its ability to provide scholarships to recipients in a variety of professional fields. Each year, the foundation awards about 2,600 scholarships, and 100 additional scholarships have already been awarded for the next academic year.

In addition, the foundation was directed to use half of the funds to establish the Brown Hudner Navy Scholarship Fund. This fund will provide scholarships to children of Navy sailors studying science, technology, engineering, mathematics and health sciences.