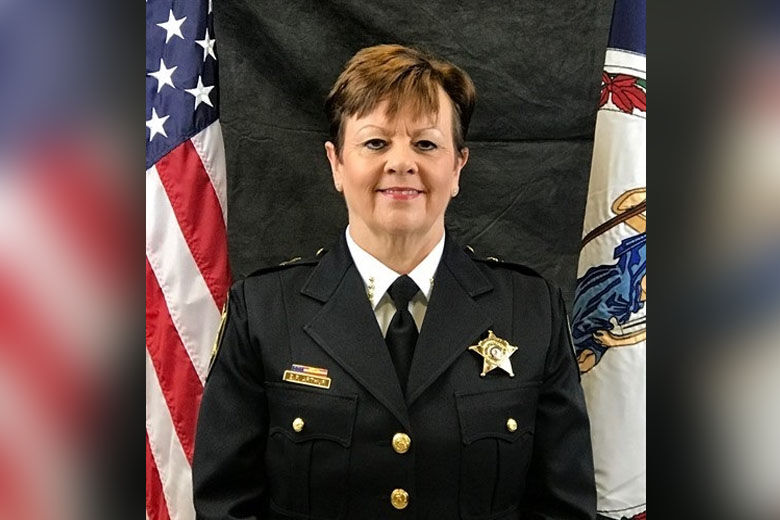 Arlington County’s longtime sheriff — and one of the first female sheriffs in Virginia — announced Tuesday that she will not seek re-election and will step down when her term ends next year.

Arlington County’s longtime sheriff — and one of the first female sheriffs in Virginia — announced Tuesday that she will not seek re-election and will step down when her term ends next year.

Sheriff Beth Arthur has served as the county sheriff since 2000, when she was appointed to the vacancy. She won the post in a special election later that year and was re-elected five times. Prior to being appointed sheriff, Arthur spent 14 years with the office as a budget analyst and director of administration.

“Honestly, four years ago when I ran for office, I knew this was my last term. And now I think the time has come – it’s time for me to hang up my spurs,” said 63-year-old Arthur in an interview with WTOP. “I’ve literally spent more than half my life here, and I think it’s time for new leadership and new opportunities for other people.”

As sheriff, Arthur manages a staff of nearly 300 and oversees the county jail — Arlington County’s adult detention center — and the security of the county’s court system.

In a news release, Arthur said she is proud of the sheriff’s office “and the tireless work they do to ensure that the Arlington County Sheriff’s Office is well run and that everyone in custody is treated with dignity and respect.”

Arthur’s announcement, which comes about a year before her term expires, comes after an investigation into deaths at the county jail earlier this year.

Seven people have died in prison in the past seven years, six of them people of color, including Daryl Becton, who died in October 2020 and whose family filed a $10 million wrongful-death lawsuit against the county.

“I in no way condone, understand or bear a great deal of weight for those who die in our custody,” Arthur said, adding that some of the deaths are related to underlying medical issues and substances. abuse problems. In response, the agency made changes to drug testing and scanning technology.

“For anyone to suggest that people aren’t … getting health care, that’s not accurate — they are,” she said.

During her tenure, Arthur said she is proud of efforts to expand inmate programs at the facility, including major upgrades to the facility’s library. A new initiative is to release tablets with podcasts and self-help resources for inmates.

“And what’s really grown a lot over the last couple of years, in particular, is mental health services,” she said. “Our population is much smaller, but the people we deal with are a lot more caring and hardworking.”

Arthur has spoken candidly in the past about the problems of a broken mental health systemin which people in crisis cannot access hospital beds and are essentially thrown into prison.

“The system is not set up,” she said, pointing to the temporary closure last year of many of Virginia’s eight public psychiatric hospitals to new patients, resulting in long waits for a bed to open.

“We deal with it all the time,” she said. “The Police Department deals with this all the time. There are things that are trying to be put in place to make some of that easier (for) my staff and the police officers … but they’re not in place yet.”

She added: “The system is not the best. We’re all trying to do better and do better, but we haven’t gotten there yet.”

Reflecting on her long career, Arthur admitted she’s not one to look back. She said she’s looking forward to traveling — “I’ve got my passport ready” — and spending more time with her family. Her husband retired about a year and a half ago, and one of her grown sons recently returned to the area.

Among other moments in her long career that she is proud of is her office’s work on 9/11.

Arthur had only been on the job for about a year when American Airlines Flight 77 crashed into the Pentagon.

“I was looking out my office window … I could see this column of smoke coming out of the Pentagon,” she said.

Arthur, who was Virginia County’s first female sheriff, immediately called the jail and initiated a temporary lockdown. Then she had to figure out how to pick up her two young sons from kindergarten and school.

When she finally met her husband in D.C., she recalls, “He’s like, ‘You need to pick up the kids.’… And I’m like, ‘Hello? I’m the sheriff.” Like, I’m actually busy right now.’ (A friend helped pick up one of her sons, she said).

She recalls the heroism of the moment.

Some of her deputies served as operators, helping to search for debris.

A prison canteen has also been brought into operation to prepare food for first responders.

“I’ve had judges come to the prison and say, ‘How can we help you?’ and literally went into the prison kitchen and helped make sandwiches and meals with the inmates at our facility,” she said.

She added: ‘Boy you get your sea legs in these circumstances. »

Later, at the command center that was set up to manage the post-9/11 emergency response, Arthur recalled a meeting with the county superintendent, school principal and other officials.

“I remember the county manager looking at me and saying, ‘Are you talking like a sheriff or like a mother?'” Arthur recalled. “And I said, ‘Well, you can’t take mother from the sheriff. And you can’t get the sheriff out of his mother. So you can take it however you want. But I’m just telling you my opinion.’