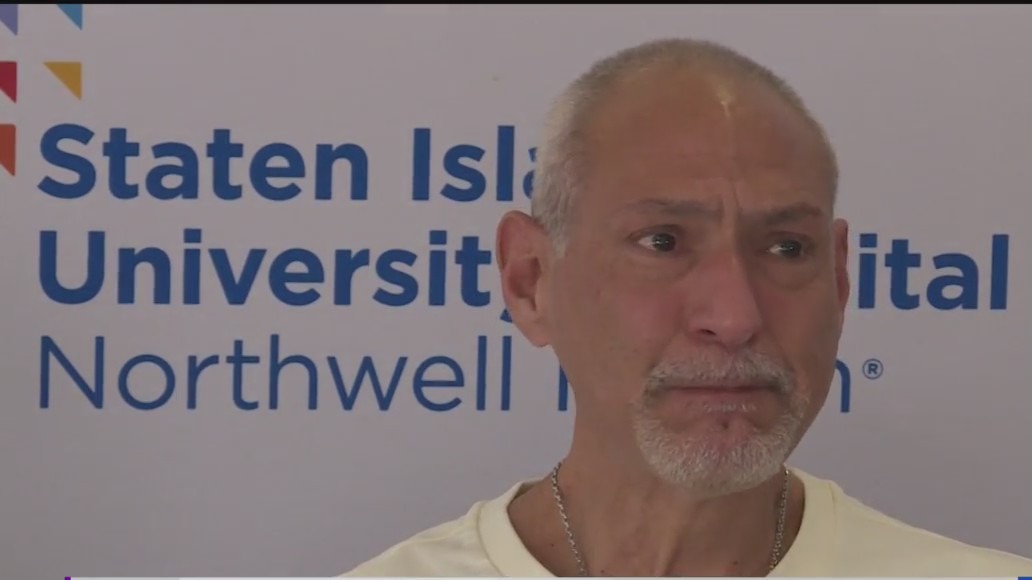 Staten Island, New York (WPIX) – Radiation therapy saved Robert Dors’ life 20 years ago, but recent side effects nearly killed him after his heart sank into a bone-like shell that doctors compared to “concrete.”

After two surgeries last year, he is in good condition again.

“They were sympathetic,” Dorsa said of the medical team that treated him. “They were patient and saved my life.”

Dorsa received radiation two decades ago during treatment for Hodgkin’s lymphoma, which killed his twin brother at age 23. Dorso was diagnosed at age 39, when radiation was the most modern treatment. Twenty years later, the lining around his heart began to harden.

Dr Mohamed Imam, chairman of the Department of Cardiac and Thoracic Surgery at Staten Island University Hospital, said that usually this bag or membrane that surrounds the heart is similar to skin.

“It was replaced by this very hard plaster shell,” he said. “Literally it’s concrete. It’s like a bone. ”

Dorsa, an active man, gained 70 pounds of excess fluid in his heart, lungs and legs.

Doctors had to perform a sequence of two surgeries to reduce the risk and ultimately save him.

“Transcatheter aortic valve replacement or TAVR, which is a minimally invasive catheter-based therapy in which we were able to replace his aortic valve through the legs, which was able to bring him out of heart failure and much better optimized for the second phase of the procedure,” said Dr. Gregory Maniacis, director of structural heart disease.

The second operation took place a few months later, during which the Imam opened Dorsa’s chest to peel off this “concrete” substrate.

On Thursday, Dorsa reunited with his medical team, which included Maniatis and nurse Blerta Saipe, at Staten Island Hospital.

Dorsa and his wife Lisa are grateful for the result.

“You’ve given us back our golden years,” Dorsa’s wife’s team said. “We have a future to look forward to.”

Dorsa is feeling well again and turned to her deceased brother for motivation.

“He had such grace, he had such dignity, he had such strength,” Dorsa said, weeping. “I hope I did him justice, but I miss him every day, but he was an inspiration.”

Dorsa’s recovery is on track. His observations at the hospital have become much less frequent, and he and his wife travel five miles every morning.