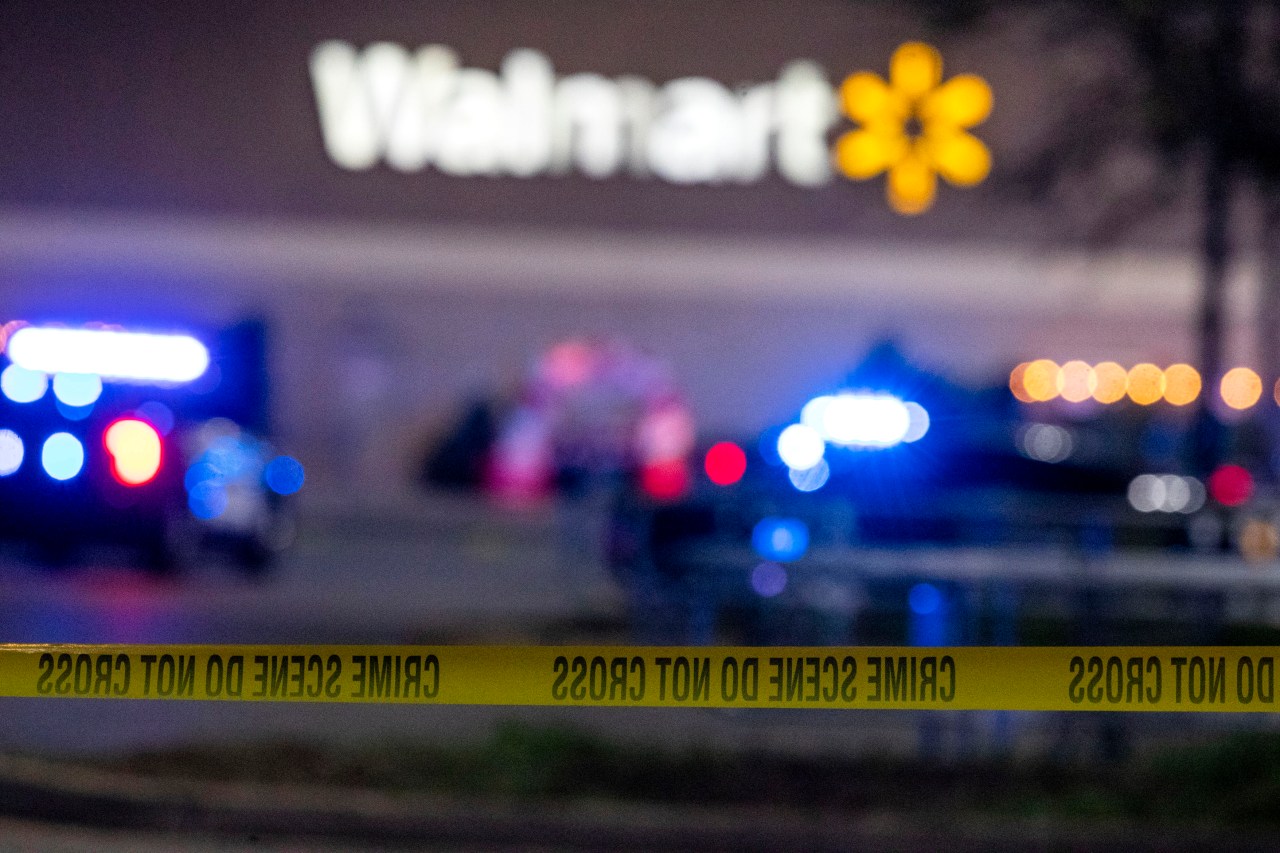 ‘The gun was pointed at me’: Witness recalls mass shooting at Walmart in Chesapeake

CHESAPEAKE, Va. (WRIC) — This Thanksgiving, six families in Chesapeake are gathering and celebrating what should be a day to mourn their loved ones. Now there are eyewitnesses of the shooting who describe the scene.

Shortly after 10 p.m. Tuesday, Nov. 22, police were called to the Walmart off Battlefield Boulevard for a report of a shooting.

When they arrived, officers found the six homicide victims and the shooter — 31-year-old Andre Bing of Chesapeake — dead in the store’s rest room.

The five victims were identified as Lorenzo Gamble, Brian Pendleton, Kelly Pyle, Randall Blevins and Tyneka Johnson. The sixth victim has been confirmed to be a 16-year-old boy, whose name has not been released at this time due to his minor age.

Bing was armed with one handgun and several magazines, police said.

Walmart confirmed this Bing led the team in the shop for the nightand a spokesperson said he has been with the company for more than ten years – since 2010.

“He was shooting, he was shooting…he was sitting at the table across from me and he shot her in the head and then he shot the girl sitting in front of her,” said Jessica Winslow, a witness to the shooting. “And he shot the first one, was laughing and saying something… then he approached me and the second girl. I don’t know. I closed my eyes for a moment and he shot, and I opened my eyes and then they pointed the gun at me. And I’m crying and he looked at me and told me to get out from under the table, which I did, and he took the gun out of my face and pointed it at the ceiling and said, ‘Jessica, go home.'”

One victim was found dead in the front of the store, and at least nine people were taken to local hospitals for treatment, three of whom died from their injuries. The two victims remained hospitalized in critical condition as of midday Wednesday.