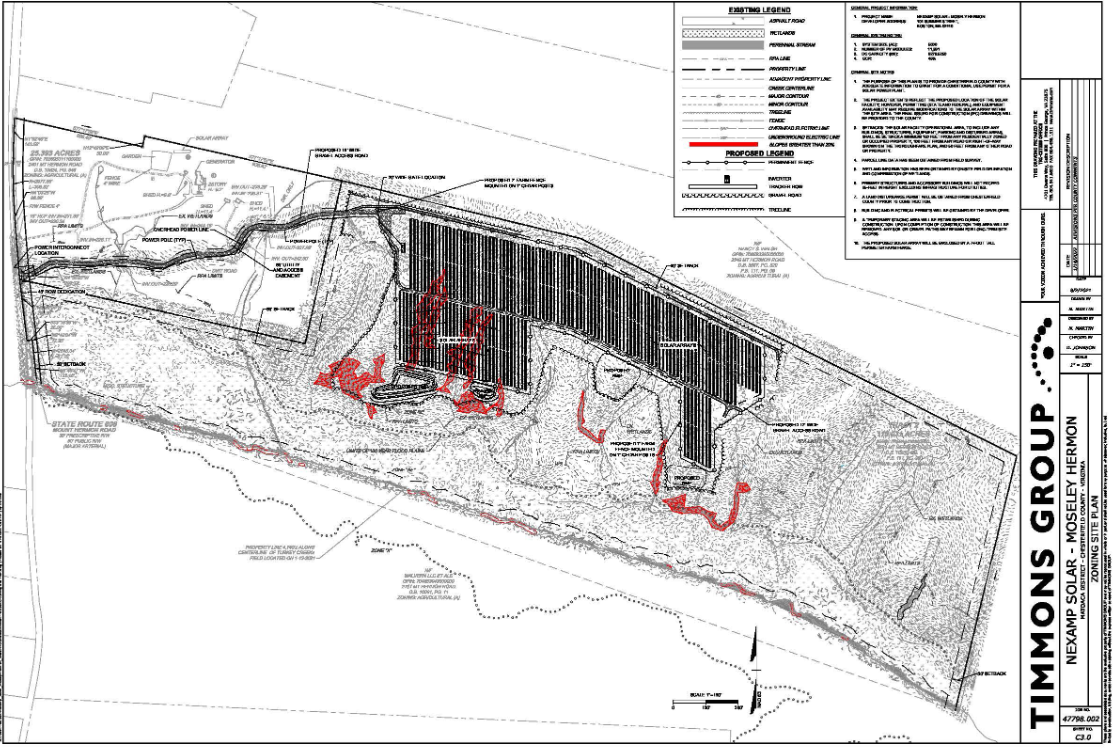 Chesterfield, Virginia (WRIC) – A proposed 5-megawatt solar farm in western Chesterfield County faces an uncertain future after the planning commission refused to approve the project at its Feb. 15 meeting.

Nexamp Energy, a solar company that has completed a number of similar projects in agricultural areas, is offering a solar farm to be built on an agricultural plot near the intersection of Mount Hermon and Genita Road.

After the presentation of the company’s representatives and a number of questions from the commissioners, the planning commission voted to recommend the rejection of the project. However, this does not mean doom for the solar farm – yet.

Instead, the project could go to the Supervisory Board, where it will receive a final decision. But without the approval of the planning commission, Commissioner Tommy Owens suggested it could face a tough battle.

Concerns about the environment?

One of Commissioner Tommy Owens’ objections was environmental, but it had nothing to do with greenhouse gases or carbon emissions.

Instead, he was worried about possible runoff into local waterways.

“The property is in the Upper Swift Creek watershed,” he said. “Many people were concerned about the water quality in the area.”

The environmental engineer working on the project told the board they were ready to add any measures they deemed necessary to control runoff from the project, and pointed to conditions included in the permit application that exceed state requirements for stormwater control requirements.

Meanwhile, stormwater runoff was not among the topics raised by residents at a community meeting held in January. In fact, if the local opposition against the solar farm was, then by February 15 it was gone.

County officials told the commissioners that they had not received any public comments against the project, and no one spoke during the public hearing to speak out against it.

Work in the deadline

Greg Werner, Nexamp’s business development manager, also told the board that the company could not afford to postpone the application for a permit.

Central to the company is cheaper energy for nearby residents. Werner said that on similar projects they completed in Maryland, they guaranteed “10 percent savings.”

But these savings depend on the project’s participation in the Shared Solar program in Virginia, because applications are very competitive.

“If there is a decision that does not allow us to make a decision at today’s meeting,” Werner said. “I’m afraid the chances that the project will actually be included in the program are falling sharply.”

If the project is approved, the county will pay $ 1,400 annually for the megawatt received. With a projected capacity of 5 megawatts, that would mean a whopping $ 7,000 a year for the county, which could be spent on improving local roads and facilities.

The supervisory board will take place on February 23. While the agenda is not yet published, citizens can post comments online on the eve of the meeting.