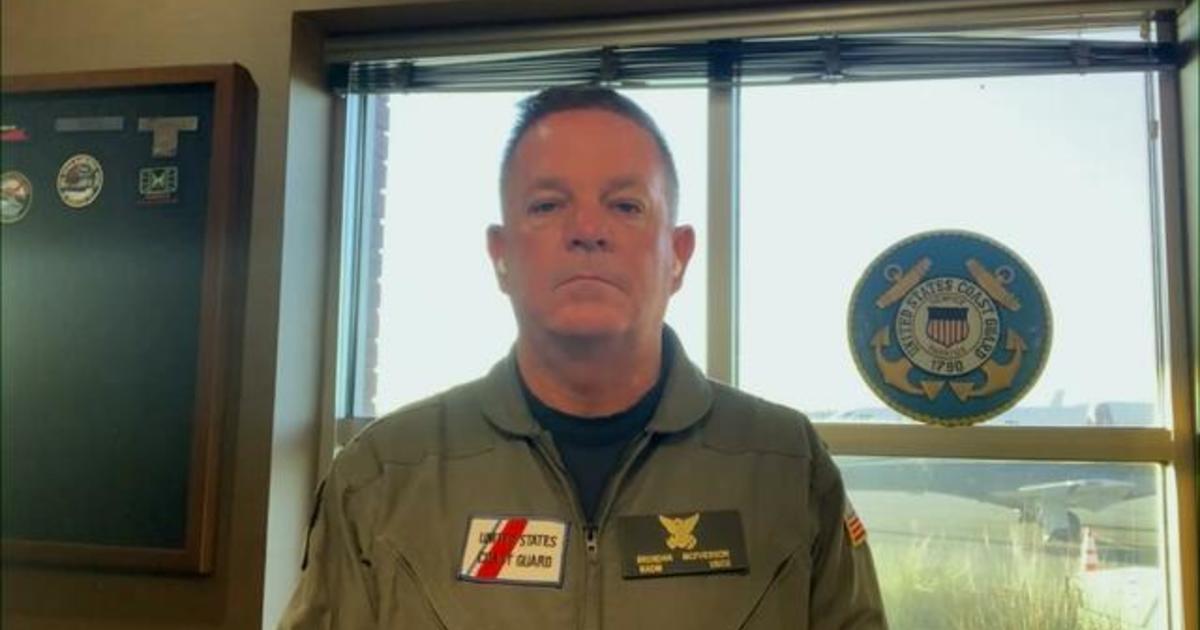 Coast Guard crews are busy as rescue missions continue in the wake of the devastation Hurricane Jan. The powerful storm brought catastrophic flooding, strong winds and storm surge to parts of Florida and was forecast to make landfall in South Carolina on Friday.

“It’s a difficult mission, but our crews are well-trained and well-equipped for it,” Rear Adm. Brandon McPherson, who is the commander of the Seventh Coast Guard District, told “CBS Mornings” on Friday. “I spoke to a number of crew members who flew these missions yesterday and they encountered devastating circumstances, you know, really unrecognizable terrain.”

He said 16 U.S. Coast Guard planes were conducting rescues in parts of the air where planes don’t normally fly. The agency rescued about 95 people on Thursday and was still searching for people in need on Friday.

“They go to areas that we can’t get to any other way, either by boat or land,” McPherson said. “But I will say that the Coast Guard is part of a unified approach to this. It’s an all-hands-on-deck effort.”

The teams, he said, have “netted” affected areas and are “methodically going from box to box cleaning those areas to make sure people are safe.”

Along with aerial rescue efforts, the Coast Guard is also working to reopen ports closed amid the storm. McPherson said he expects the Port of Tampa Bay to reopen as early as Friday afternoon.

“We are here for the long haul,” he said.

The commander said the response in Florida is “more than a mission.” He said more than 4,000 residents have been affected by the Coast Guard and more than 300 are in some of the worst-hit areas.

Crews are also bracing for what McPherson called a “second war front” as the powerful storm heads toward South Carolina.

He urged those affected by the storm to call 911 and advised against using social media to contact first responders.

“We’re part of this community and we’re close to our neighbors,” he said. “We will get through this and we will heal.”

Tory B. Powell is a breaking news reporter for CBS News. Reach it in tori.powell@viacomcbs.com