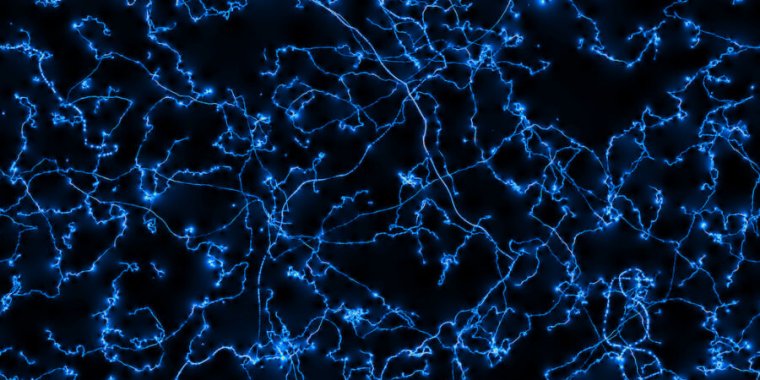 The big bang should have made cracks in space-time – why haven’t we found them?

Remember that time in The Lord of the Rings lore, when the dwarves of Moria dug too greedily and too deep, unearthing the Balrog, an ancient horror that should not have roamed free in the modern age?

Cosmic strings are something similar, but only for physics. These are hypothetical remnants of important transformations that our universe experienced when it was less than a second old. They are defects, vices of space itself. They are no wider than a proton, but could potentially span the entire observable volume of the universe. They possess untold power – the ability to warp space so much that the circles around them never end, and they carry enough energy to unleash planet-destroying levels of gravitational waves. They are also a way into some of the most exotic known (and unknown) physics of science.

But perhaps the greatest power of cosmic strings is their ability to confound physicists. According to our best understanding of the early universe, our cosmos should be laced with cosmic strings. And yet no search found them evidence. Figuring out where cosmic strings are hiding, or why they shouldn’t exist, will help take our understanding of cosmology and fundamental physics to new heights.

And no, we won’t need a wizard.

Let’s turn back the clock to some of the earliest moments in the history of the universe. At that time, space was less than a fraction of a second old, and its entire observable volume, now about 90 billion light-years across, was compressed into a space no larger than an atom.

I will say right away that we currently do not have a clear understanding of the nature of the universe. That’s because the matter that filled the universe was in such an extremely exotic state, with such insanely high temperatures and pressures, that it’s not even worth putting numbers on. At these energies, our modern knowledge of physics simply collapses. We have no well-understood equations, no guiding principles, no experimental results to tell us exactly what the universe was doing when it was so young.

But we have a few suspicions. With the help of our mathematical models, we have determined and confirmed through experiments that the forces of nature are not always what they seem. In the normal, typical energy of everyday life, we encounter four fundamental forces: gravity, electromagnetism, the strong nuclear force, and the weak nuclear force. But at high energies, things get a little mixed up.

At an energy of about 246 GeV, the electromagnetic and weak nuclear forces cease to be different. Instead, they merge into a single superforce known (appropriately) as the electroweak force. And here’s something wild: with these energies, there are only three forces of nature, not four. Once you get below this energy, the electroweak force decays into the more familiar electromagnetic and weak nuclear forces.

In physics, such splitting is called “spontaneous symmetry breaking”. The single electroweak force exhibits deep mathematical symmetry, but this symmetry can only be maintained at high energies. In our everyday experience, this symmetry is hidden (or broken), and the two component electroweak forces appear very different, even though they are actually manifestations of a deeper, unified force.

Why stop there? Physicists suspect that at even higher energies, the strong nuclear force joins the party, creating a unified force known as the GUT – the Grand Unification Theory. This is not idle speculation. The constants that determine the strength of the forces vary with energy, and at high enough energies they all have roughly the same strength, suggesting that unification is a viable option. Furthermore, at almost unfathomable energies, gravity is also thought to combine with others to create the voltron of fundamental physics: the theory of everything.