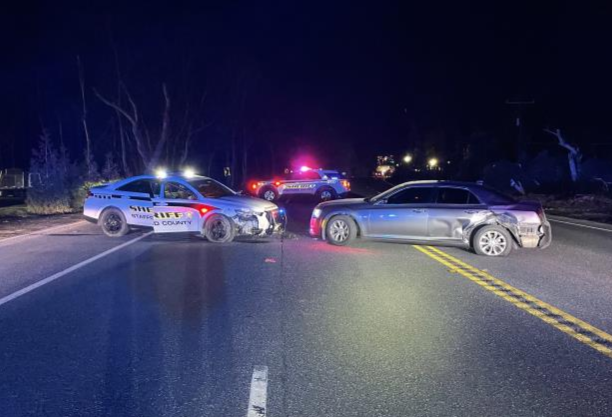 STAFFORD, Virginia (WRIC) – The Stafford County Sheriff’s Office says the man is in custody after a speed chase Friday night.

According to the sheriff’s office, Deputy Stafford was driving north on Route 1 shortly before 11pm when he saw several cars that seemed to be driving more than 100 miles per hour in the oncoming lane.

The deputy managed to turn around and catch up with one of the cars – a gray Chrysler. Chrysler drove the ramp to I-95, accelerating to more than 115 miles per hour, while the deputy was still in pursuit.

The driver managed to escape capture by moving to Prince William County and moving between other drivers – but at one point he left I-95, turned around and re-entered Stafford County on Route 1.

There he passed another deputy, who accelerated him at a speed of more than 90 miles per hour.

This deputy rushed in pursuit until Chrysler lost control and left. The driver tried to run away again, but the deputy stopped the chase by ramming the car.

The driver, 28-year-old Rakin Carlisle, from Stafford, was arrested at the scene and charged with DUI, reckless driving and aggressive driving.