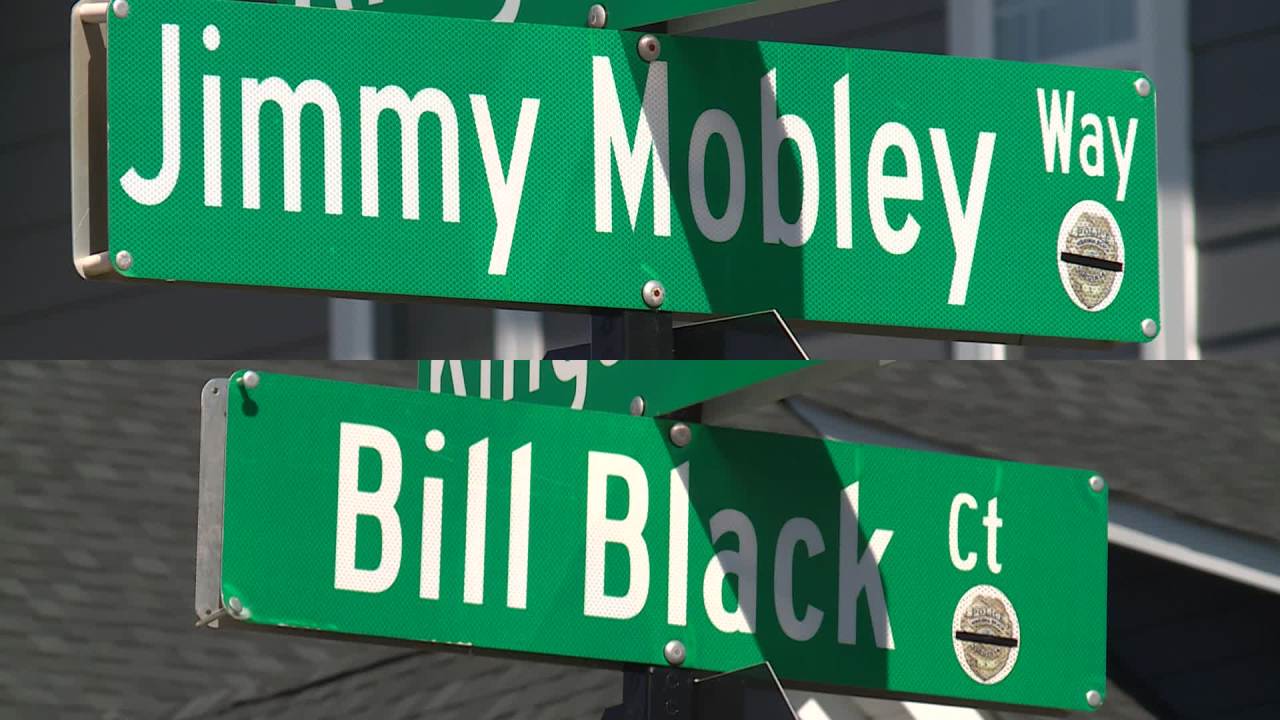 VIRGINIA BEACH, Va. (WAVE) — Two Virginia Beach police officers who were killed in the line of duty more than 40 years ago will now be forever remembered in the city they served.

According to the foundation’s website, Detective Jimmy Mobley and Officer William Black were killed on July 11, 1979, when their department’s helicopter crashed into the Atlantic Ocean between Croatan and Dam Neck.

At the time the accident occurred, they were guiding the rescue boat to the location of the emergency boat using a searchlight.

“It’s a credit to the officers and it helps the developers because they don’t have to come up with a new name for the road,” Jackax said.

“They approached us. We have three names of fallen officers in Kingston Estates and we love the idea,” Woodard said. The second officer is Officer George Starr, who died in 1991.

Steve Mobley, 47, was five years old when his father was killed. He and his mother beamed with pride after the current Virginia Beach Police helicopter flew past as they were shown the road sign.

“He was doing what he loved,” Mobley said. “He wasn’t, obviously, no one is going to die at 36. There’s no doubt about it, he really enjoyed being a police officer.”

Mobley hopes that anyone who sees the sign will remember the hard work that police officers do.

After the presentation, Chesapeake Homes donated $2,500 to the foundation.