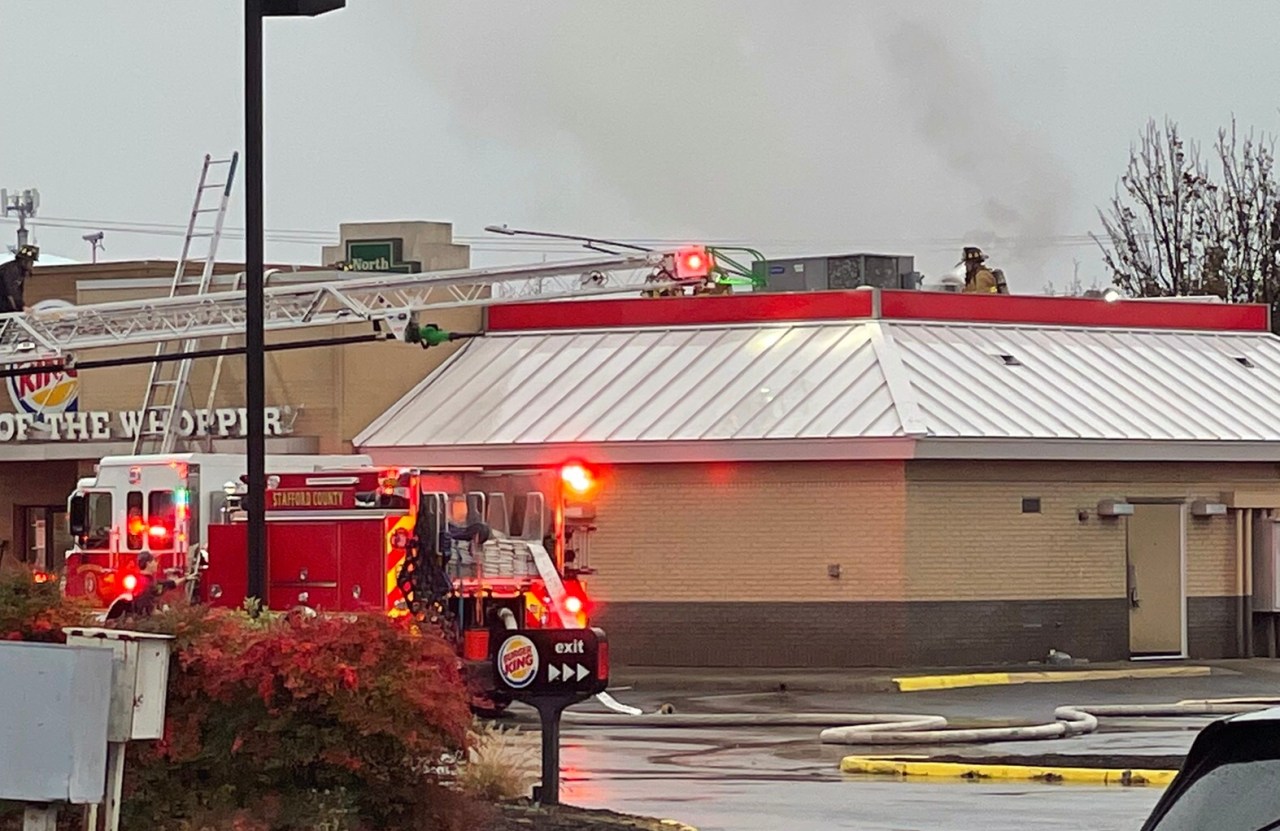 STAFFORD COUNTY, Va. (WRIC) — A Burger King in Stafford County was evacuated Friday morning after a fire was discovered in the building.

An employee discovered the fire. There were no customers in the building at the time of the fire, and officials said all four Burger King employees were evacuated before the fire department arrived.

When firefighters arrived, it was established that smoke and fire were coming from a window on the roof of a one-story house. The fire was extinguished after about ten minutes.

Officials say no one was injured in the fire.

The Stafford County Fire Marshal’s Office is investigating the fire.