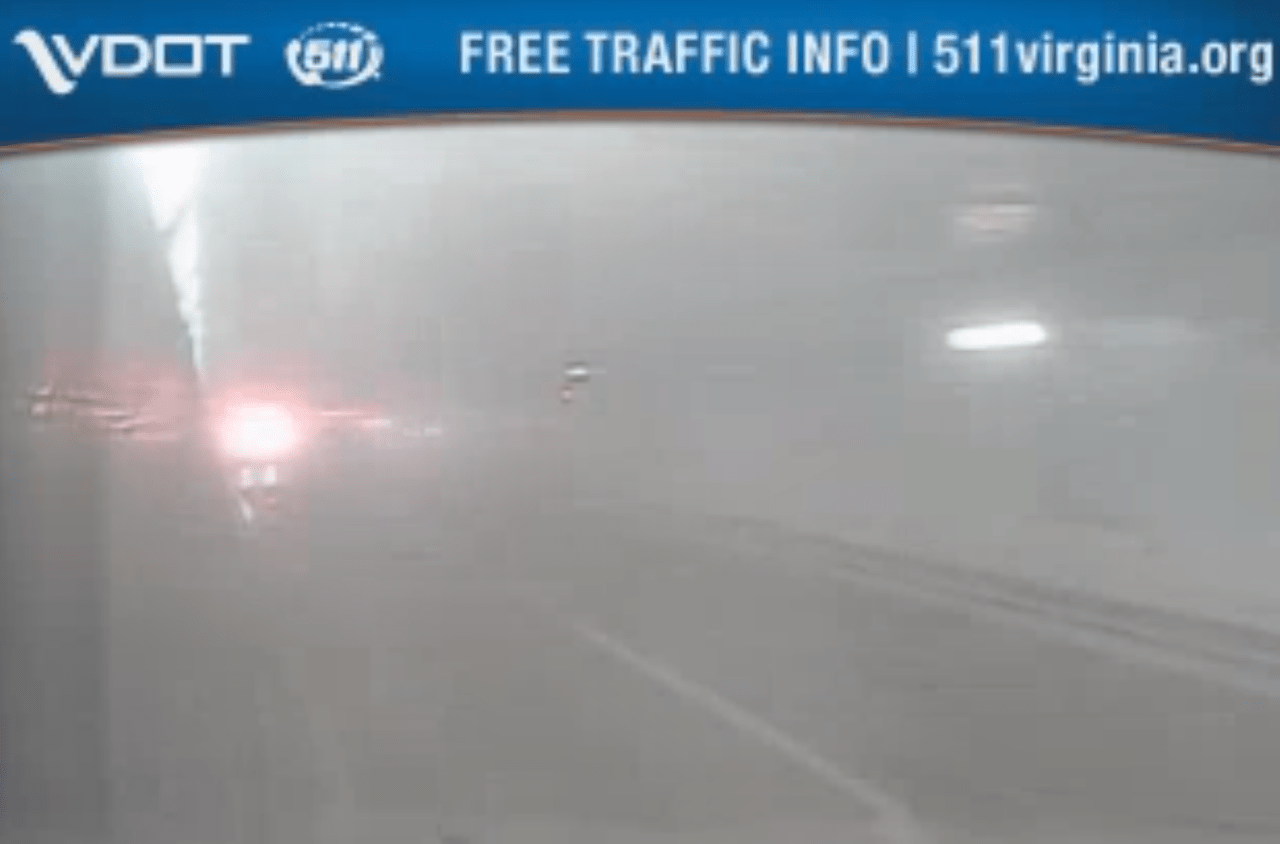 HAMPTON, Va. (WAVY) — The closure of the Hampton Roads Bridge-Tunnel for more than five hours Saturday night was caused by a chain reaction accident in the eastbound tunnel that left several vehicles on fire, according to Virginia State Police.

The eastbound side was still closed at 10.34pm on Saturday but reopened shortly after.

The crash happened around 5:13 p.m., and at least one person was injured, state police said. A state trooper was also taken to the hospital for smoke inhalation. VDOT cameras showed the tunnel covered in smoke for several hours.

The accident is currently under investigation.