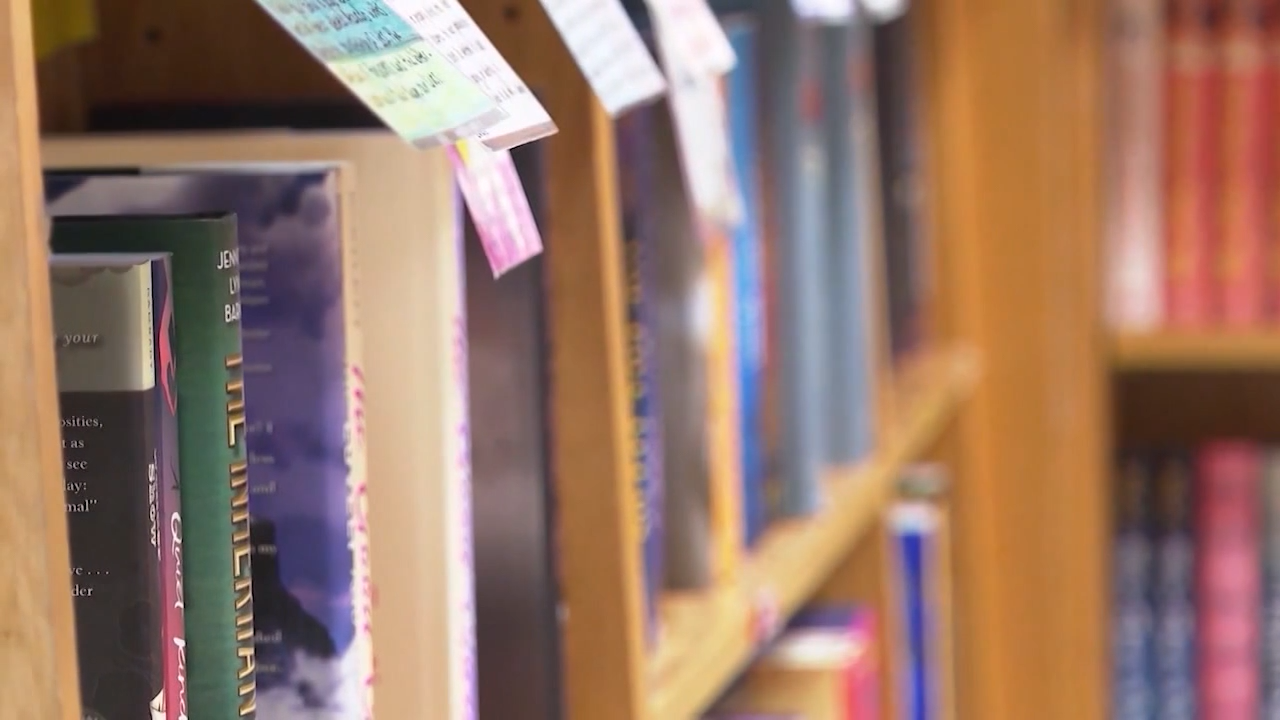 RICHMOND, Va. (WRIC) — A bill up for debate during the 2023 session would require written parental approval before a student would be allowed to check out sexually explicit material in a school library.

It’s one of the bills dealing with parental rights — one of Gov. Glenn Youngkin’s top priorities — that the General Assembly began debating Thursday. He faces an uphill battle after a key Senate panel rejected him.

Legislation supported by Sen. Bill DeSteff (R-Virginia Beach), require each local school board to adopt a new policy for selecting and evaluating materials in school libraries.

“I am concerned that graphic sexual content that would be rated ‘X’ in a movie theater is being shown or allowed for our children to check out,” DeSteff said in an interview Thursday. “What we’re trying to do is, for example, you have parental controls on your phone, your computer or at home on your TV, we want to put parental controls in the library.”

The subcommittee voted 3-2 along party lines to recommend that the full Senate Education and Health Committee reject the bill when it comes up for a second vote later this session.

“I find it hard to believe that our schools are overrun with pornography,” said Sen. Ghazala Hashmi (D-Chesterfield), who chairs the subcommittee.

Hashmi sided with several groups representing librarians who said it would be a huge burden to screen every book for possible sexual content.

“We have trusted our professionals for generations, and I continue to trust our public school libraries,” Hashmi said in an interview before the meeting.

If passed, the legislation would build on a new law requiring schools to warn parents in advance about sexually explicit material. Legislation allows parents to opt out of these lessons and request an alternative assignment. According to VDOE spokesman Charles Pyle, school divisions had until Jan. 1, 2023, to adopt new state standards consistent with the policy because the Virginia Department of Education does not actively track compliance.

Another bill debated Thursday aims to expand parental rights and ensure transparency in education, according to the bill’s sponsor, Sen. Amanda Chase (R-Chesterfield).

It declares that parents have a right to 11 categories of educational information. It covers instructional materials, the textbook approval process, student surveys, school expenses, field trips, and school board meeting information, among other things.

The bill faces opposition from the Virginia Education Association (VEA) and the Virginia School Boards Association. Speakers argued that many of the items outlined in the bill are already public information and that it would be best handled at the local level.

Another section of the bill, which provides parents with the right to notice and give informed consent to any school-based counseling or guidance program offered to their child, has caused much of the concern. Critics said the language was too broad and would create logistical problems. The VEA noted that some students may need counseling services after being abused at home.

Senator Chase agreed to work on some amendments and revisit the bill at a later date.

But Senator Hashmi believes the legislation sends the wrong message.

“The bill implies that schools are hiding something, which is simply not the case. There is a lot of transparency in the educational process,” said Hashmi.

But Chase and parents who attended the meeting said the measures are necessary to restore trust in school boards that has been damaged during the pandemic. She said the bill is also inspired recent disturbances in Loudoun County.

“They’re hiding something, and that’s why we have Attorney General Miyares investigating what happened to the Loudoun County School Board,” Chase said.