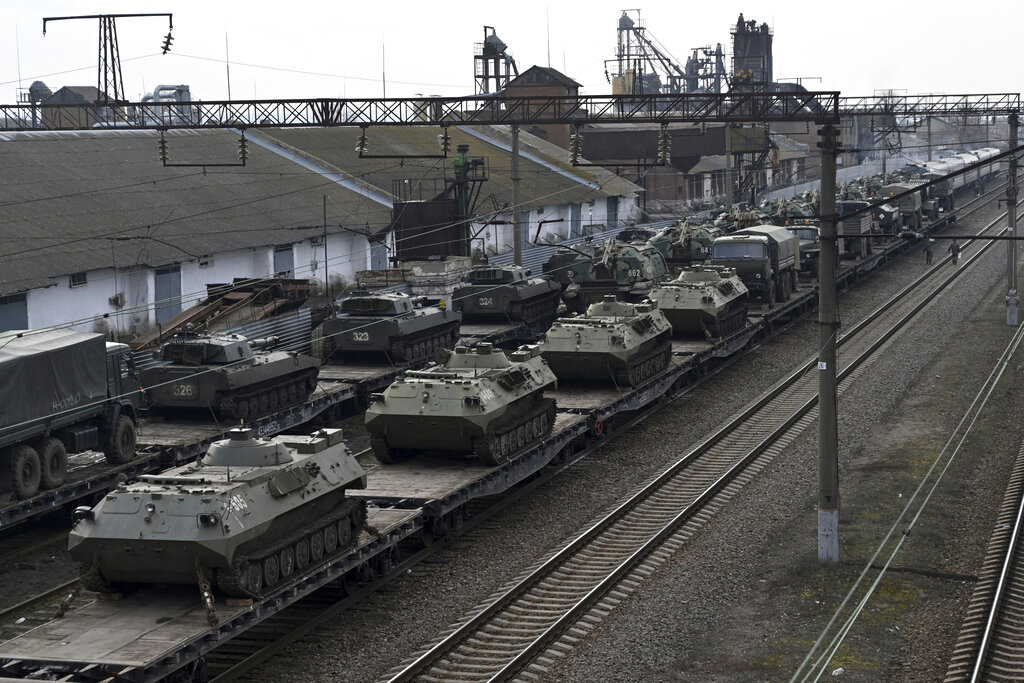 Russia is ready to attack Ukraine “now,” a US official said

(NEXSTAR) – Russia’s armed forces are now “as ready as they can be” to launch a full-scale attack on Ukraine, a senior US defense official in Washington warned on Wednesday. The official spoke on condition of anonymity due to the confidentiality of information.

The official added that as of Wednesday, 80% of troops along the Ukrainian border and inside Belarus had moved to “advanced positions.”

Russian forces have “increased their readiness to the point where they are literally ready to go – now,” the official said.

These words corresponded to the words of Secretary of State Anthony Blinken, who said in an interview with NBC that “Russia has deployed its forces in the final point of readiness across Ukraine’s borders – north, east, south – everything seems to be for Russia to get involved. major aggression against Ukraine. “

Given that Russian lawmakers have allowed Putin to use military force outside the country, and Ukraine is surrounded on three sides by more than 150,000 troops, the roar of tanks seemed imminent.

Ukraine, after weeks of trying to project calm, has imposed a nationwide state of emergency.

The President of Ukraine rejects Moscow’s claim that his country poses a threat to Russia, and warns that the impending Russian invasion could lead to tens of thousands of deaths.

This was stated by President Vladimir Zelensky in a video message on Thursday.

Emotionally speaking in Russia, he said: “The people of Ukraine and the government of Ukraine want peace. But if we are attacked, which threatens our freedom and the lives of our people, we will fight back. “