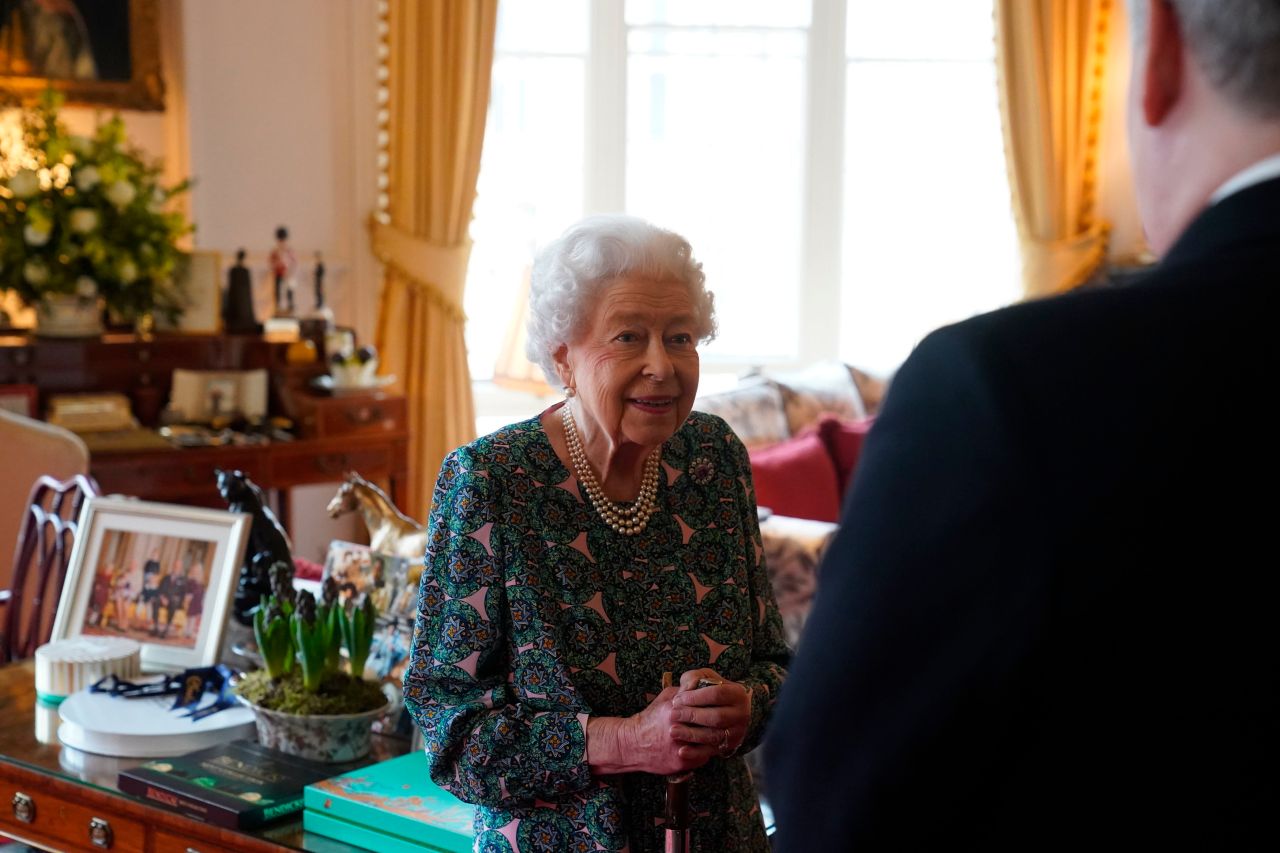 The palace said the queen would continue to perform “light” duties at Windsor Castle for the next week.

“She will continue to receive medical care and will follow all relevant recommendations,” the palace said in a statement.

People in the UK who test positive for COVID-19 should isolate themselves for at least five days, although the British government says it plans to repeal that requirement for England next week.

And her eldest son, Prince Charles, 73, and 74-year-old daughter-in-law Camilla, Duchess of Cornwall, also recently contracted COVID-19. Charles has since returned to work.

The monarch of Britain, who reigns longer, the queen reached the age of 70 on the throne on February 6, the anniversary of the death in 1952 of his father, King George VI.

Elizabeth, who became an integral part of the nation’s life, has been in strong health for most of her reign. Last year she was seen using a stick, and in October she spent the night in a London hospital on unspecified tests.

The Queen’s doctors ordered her to rest, and she was forced to cancel performances at several key events, including Sunday Remembrance Services and the COP26 Climate Conference in Glasgow, Scotland in November.

This month, she returned to public office and held audiences both virtually and in person with diplomats, politicians and senior military officials.

The Queen has a busy schedule for the next few months of her platinum anniversary year, and plans to attend private public events in the coming weeks, including a diplomatic reception in Windsor on March 2 and the Commonwealth Service at Westminster Abbey in March. 14.

On March 29, she is due to attend a memorial service for her husband Prince Philip, who died in April 2021 at the age of 99 in Westminster Abbey.

Public celebrations of platinum anniversaries with festivities are scheduled for June, including a military parade, a day of jumps and neighborhood parties over the long weekend from June 2nd to 5th.

The Queen is the last monarch from around the world to become infected with COVID-19. Queen Margrethe of Denmark, 82, and King Philip VI of Spain, 54, were both positive for the disease in early February and had mild symptoms.

Follow the coverage of the AP pandemic at /hub/coronavirus-pandemic