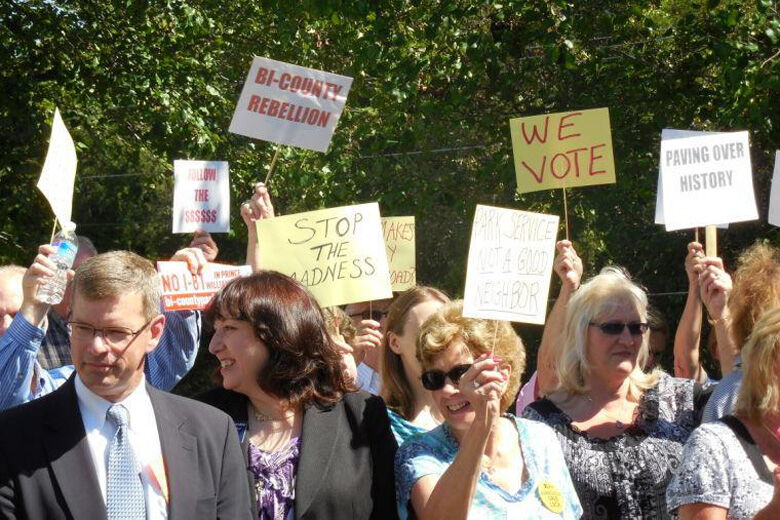 Reports of a revival of Bi-Canty Park in Prince William County were premature, at least for now.

Reports of a revival of Bi-Canty Park in Prince William County were premature, at least for now.

During its meeting on Tuesday, the Supervisory Board hammered another nail into the floor-standing coffin of the boulevard, ordering county officials to no longer consider the road in the ongoing update of the Comprehensive Plan.

Boulevard proposes to widen Prince William Street, or Va. 234 to connect with U.S. 50 through the western end of the county.

Like a cicada colony, Boulevard Street comes and goes every few years.

In 2016, the board excluded the project from its Comprehensive Plan. Two years later, he was actually removed from the table again.

The proposal was then revised as part of an ongoing update to the Comprehensive Plan, which could potentially serve as an extension of Pageland Lane.

“When staff re-analyzed the plan, the question was whether they were reviewing the regional road,” said Anne Wheeler, chairman of D-At-At-Large. “We don’t think a regional facility up and down the county is needed at this time.”

Wheeler said county transportation personnel should be able to manage traffic needs through local projects rather than a regional road.

The head of Pete Candland, R-Gainesville, said the project is still identified by the state as a regional need, so it may come forward in the future. If so, he still opposes it.

“For me and many of my colleagues, B-Cant Parkway was a no-brainer,” Candland said. “It’s the wrong road at the wrong time in the wrong area for the wrong reasons.”

Although the leaders and those present at Tuesday’s meeting welcomed the cessation of the resumed talks, there was little hostility.

Superintendent Jeanine Lawson, R-Brentsville, said the proposal was being considered only because Wheeler had asked county officials to make it. However, Wheeler said she is not in favor of the project.

Eventually, the point of contention was removed, and the board moved forward.

Otherwise, on Tuesday, the council was expected to hold public hearings and vote on the proposed development of a data center in Gainesville.

Wheeler said the applicant asked to postpone the proposal to a later date.

Ltd. CTP-II is asking to rebuild 22.72 acres from business and light industry to mid-surface offices to build a data center. The property is owned by Gainesville Sixty-Six LLC and is located at the intersection of Catharpine Road and John Marshall Highway, which is located on Route 55.

These plans were reached by the Supervisory Board on technical issues after the Planning Commission failed to agree on a recommendation last month.

The project requires a special permit for use because it is outside the county’s overlay area of ​​the data center’s 10,000-hectare data center designated in 2016 to support the industry by reducing regulatory barriers.

The property is opposite Catharpine Road from a planned 102-acre data center called I-66 and US 29 Technology Park, which is also outside the overlay area and was approved in December.