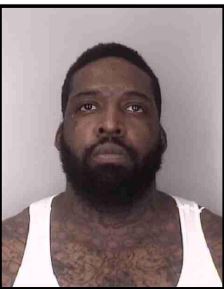 PORTSMOTH, Virginia (WAVY) – Portsmouth police are looking for another man in connection with the fatal shooting at the River Walk Inn on Effingham Street.

David Brunch, 40, was killed in a shooting at a tavern around 5:30 a.m. Feb. 2. The woman was also seriously injured and was taken to a local hospital.

Police said 28-year-old Marcellus Tyrell Eps was charged with first-degree murder, grievous bodily harm and two counts of using firearms in the commission of the crime. He is wanted on seven additional warrants.

Eps was not found or arrested.

On February 6, police announced they had also charged 32-year-old Demonte Warrell with murder. He is wanted for first-degree murder warrants, two counts of charges of using firearms in committing a crime, an aggravating attack, two counts of attempted robbery and possession of a firearm by a violent offender.

Police named two women – 31-year-old Deschana Robbins and 29-year-old Shaped Williams – as interested. They are trying to talk to them about this, but do not specify what their relationship is.

A police ID accused of fatal shooting at the River Walk Inn in Portsmouth; also looking for 2 women

Those who have the information can send an anonymous tip by calling 1-888-LOCK-U-UP, downloading the P3 tips program to your mobile device or visiting www.P3tips.com and sending hints.