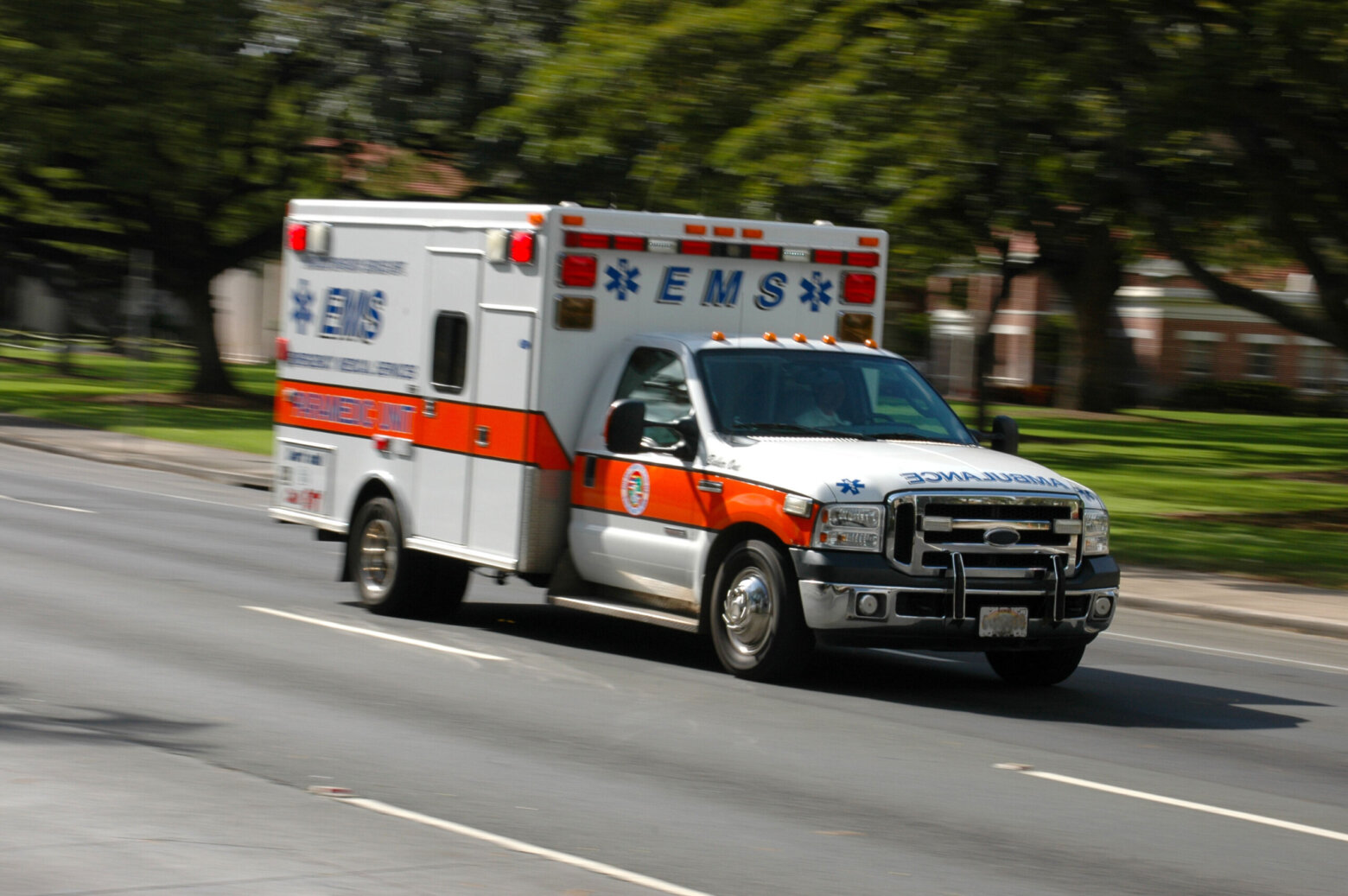 Police call Hayatsville man a suspect in the abduction of an ambulance in Rockville, who fled to Virginia

According to Montgomery County Police, the man was arrested after he stole an ambulance in which he was being transported and attacked one of the officers in Rockville, Maryland, before fleeing to Virginia on Friday.

A suspect named by Montgomery County Police has been named drove the ambulance in which he was taken and attacked a staff member in Rockville, Maryland, before fleeing to Virginia on Friday.

31-year-old Nicholas Albano of Hyattville, Maryland, was transported in an ambulance when he started attacked one of the employees a private ambulance company, police said.

Police say it happened around 2:40 a.m. Friday in the 14900 Broschart Road quarter in Rockville. According to police, the driver of the ambulance tried to help his colleague to subdue Alban, but he escaped and took the place of the ambulance driver.

When one of the victims tried to prevent Albano from reaching the ambulance, Albano put him in a lock and punched him several times in the face, police said.

Two victims then fled the ambulance, and Albana fled the scene in a stolen car, police said.

According to a press release, Montgomery County Police officers found Alban behind the wheel of a stolen ambulance and chased him to Virginia.

Albano is currently in custody at the Arlington County Isolation Center and is charged with crimes committed in Virginia.