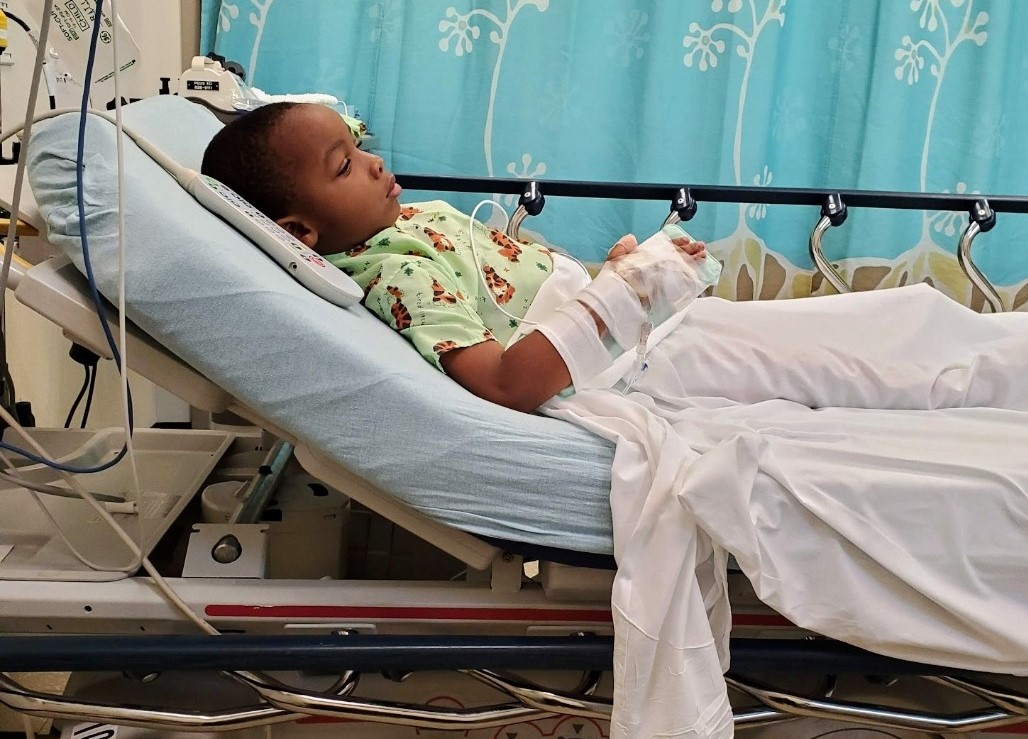 Parents warn of deadly complication of COVID after 4-year-old spent 8 days in hospital: “When he went to bed, I cried”

RICHMAND, Virginia (WRIC) – A mother from Maryland warns other parents to pay attention to symptoms of a rare complication of COVID-19 after her four-year-old son spent eight days in Richmond Hospital battling the disease.

Daryl “DJ” Branson’s parents, Yolanda and Daryl Branson, thank doctors at the Commonwealth University of Virginia Children’s Hospital in Richmond for saving the DJ’s life, describing to 8News the horrific moments when his fever rose several times before he was finally diagnosed. complication, multisystem inflammatory syndrome, or MIS-C.

MIS-C occurs when a part of the body, including the heart, lungs and kidneys, becomes inflamed.

“It was definitely traumatic,” Yolanda Branson told 8News in an interview Friday. “When he went to bed, I cried.”

During a vacation in Williamsburg last September, the DJ continued to get a fever despite being treated with Tylenol after he was diagnosed with a viral error at the Maryland Emergency Department.

“Usually when you give your child Tylenol, it usually subsides. So I said something must be wrong, ”Yolanda Branson explained.

She said that one night at their resort in Williamsburg the DJ woke up from terrible symptoms such as red eyes and stomach pain.

“I felt the warmth of his body, so I measured another temperature and it just went up. So I woke up my husband and said we had to go, ”Yolanda Branson said.

The family got together, and Yolanda Branson took her presumed diagnosis to the nurses and doctors of VCU Medical Children’s Hospital in Richmond.

“I said I think it could be a multi-inflammatory syndrome in children who have been exposed to COVID,” Yolanda Branson said, telling medical staff.

She said MIS-C reflects Kawasaki disease, so doctors switched between diagnoses and tests for both.

A complication of MIS-C usually appears a few weeks after COVID-19 infection, and the DJ had COVID just six to eight weeks before new symptoms began to appear.

“Many children really need to be transferred to the pediatric intensive care unit,” Dr. Munoz explained.

Fortunately, the diagnosis of MIS-C from the DJ was early, which, according to Dr. Munoz, is the key to ensuring that children do not end up in the intensive care unit with this disease.

The DJ continues to focus on the positive moments of his hospital stay. “I think the toys they gave me,” he smiled, talking about the toys the nurses gave him while he recovered.

Dr Munoz said the Centers for Disease Control and Prevention had reported more than 6,000 MIS-C cases, but said the Richmond case in the Richmond area was not as bad as in cities like New York and Washington, D.C. .