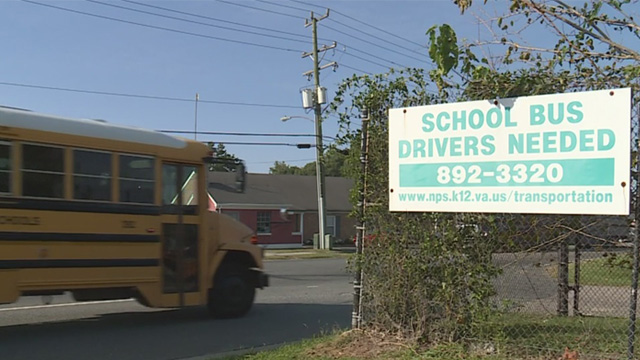 Parents were forced to look for other transportation.

Norfolk, Virginia (WAVY) – Norfolk Public School Special School Board Meeting Friday follows from this week’s issue with buses in the area, – a source in the district tells WAVES.

The source said the existing shortage of bus drivers was exacerbated by the mandate for COVID-19, which the school board adopted in October, which stated that all school staff should be fully vaccinated or weekly starting February 9th.

Those who did not meet vaccine or testing requirements were initially warned, but the second violation resulted in 2 days of paid leave before being recommended to stop work for a third offense.

A WAVY source said non-compliant bus drivers were sent letters re-reporting the violation and saying they would take paid leave on Wednesday and Thursday this week.

These were the days of the parents had to suffer to find transportation for their children.

Thomas Calhoun, president of the Norfolk Teachers Federation, told WAVY that he had heard that drivers also stopped coming to work because they were not paid for travel on additional routes. The federation represents some bus drivers.

A release for a special meeting of the school board on Friday said board members would discuss waiving the vaccine and testing requirements for staff, as well as lifting the county’s mandate for masks for students.

The General Assembly bill, passed with an emergency amendment by Gov. Glen Yangkin, requires all Virginia schools to make camouflage optional no later than March 1.

Asked about staffing problems earlier this week, Norfolk public schools seemed to simply link the shortfall to current staffing problems rather than a mandate in addition, saying they “significantly lack bus drivers year-round.” .

Norfolk public schools did said in a statement on Thursday that they “predict that Friday’s transport routes will run on schedule.”

This morning we can learn that taxpayers have paid many people to stay at home instead of driving.