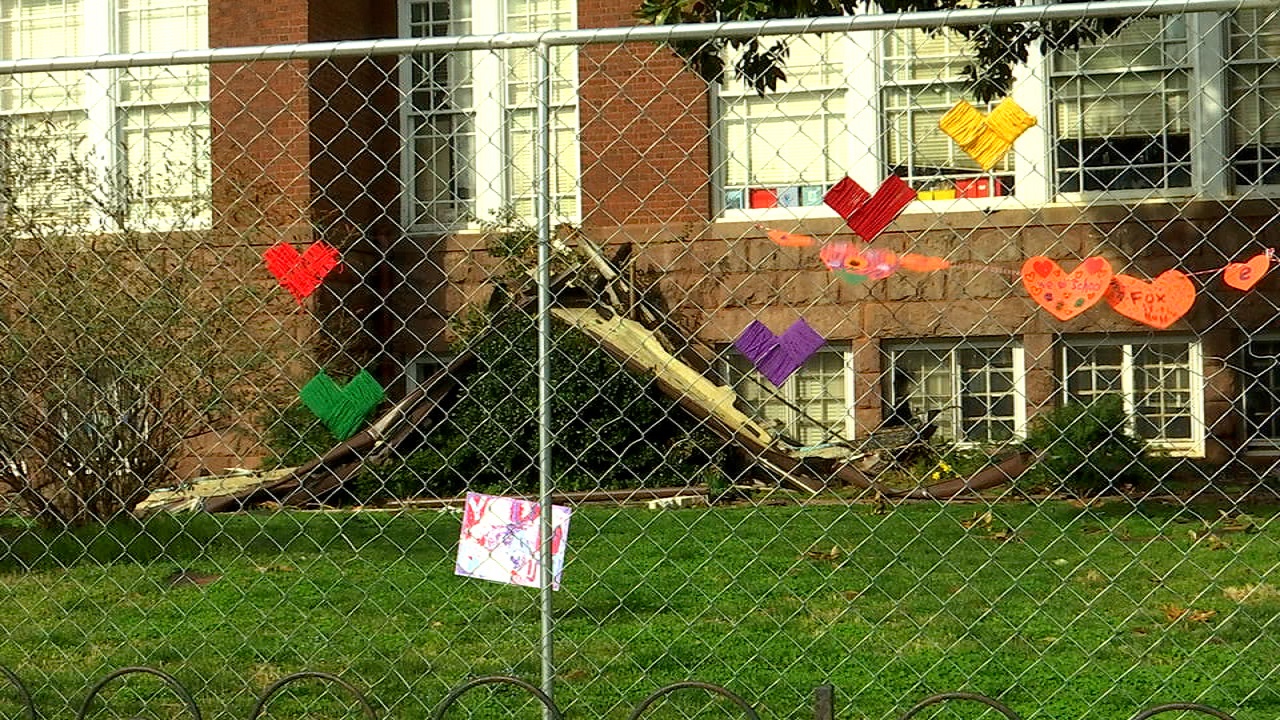 Next steps for the Fox community after the fire: officials look closely at First Baptist Church

Richmond, VA (WRIC) – William Fox Elementary School Students may soon return to personal training at the temporary site, more than a month after a devastating fire destroyed the historic building.

The Richmond City School Board is going to discuss the issue Monday night, considering a proposal that students, faculty and staff return for full-time study as early as March 21st. The recommended temporary location is Richmond’s First Baptist Church on Monument Avenue.

Although it is Fox Elementary update and his school community is not on the list of activities for the meeting, school board member Jonathan Young said he is awaiting a vote on the proposal.

“The main thing was that we moved our students to the physical space as soon as possible,” Young said. “Keep in mind that our students in Richmond, including here in Fox, have not attended school for a year and a half.”

BEHAVIORAL EDUCATION: Displaced Fox Elementary School Students Will Soon Be Able to Study at the Nearby First Baptist Church

According to Richmond Public Schools (RPS) officials, a Fox family poll showed almost unanimous support for moving to a physical location as soon as possible. Fox teachers and staff are reportedly divided almost equally on whether to remain virtual until Clark Springs Elementary School is ready.

Clark Springs has been seen for weeks as a temporary place for displaced Fox students, faculty and staff. However, the building needs renovation.

“Clark Springs has a lot of needs, has a lot of capital needs,” Young said. “But the truth is that the facility is not ready, unlike the First Baptist. We can move as soon as March 21 to the First Baptist. Clark Springs, it will be at least another month before we can attract our students to this space. Our students don’t have to be in space tomorrow; they should be in space yesterday. ”

The RPS administration has recommended that the Fox community temporarily relocate to the first Baptist church while work on Clark Springs is underway. According to presentation documents for Monday, the latter should be ready for occupancy by Tuesday, April 19th.

Richmond Schools: Fox Elem. will be 100% restored on Hanover Avenue

“I expect that once people move to First Baptist and they see the unusual facilities I’ve had the opportunity to visit, they’ll want to spend the rest of this school year at First Baptist,” Young said. “Meanwhile, we’re going to spend about $ 400,000 in Clark Springs to prepare this facility for next school year. At the same time, obviously, this facility here, [Fox Elementary,] we are going to invest tens of millions of dollars to get it back on track. ”

“One move is better than two. I expect we will probably be at First Baptist all year, ”Young said. “But we will justly dedicate ourselves to the people of Fox, expecting that in the spring we will have a ready facility in Clark Springs if they want to move there by the end of the year.”

The first Baptist church already accepts about 60 Fox students for facilitated learning, where they participate in virtual learning in a shared setting. Young said the 35 classrooms in the building will provide plenty of space for about 350 Fox students.

According to presentation papers for Monday night’s meeting, the church will not charge RPS any rent, but is asking $ 5,000 to cover costs in addition to any increase in utility costs. The RPS will cover up to $ 25,000 in property damage that could occur as a result of the Fox community occupying the building during school hours.

Regardless of First Baptist’s involvement with Fox’s students, faculty, and staff, Young said he plans to move to Clark Springs until Fox is rebuilt at 2300 Hanover Avenue.

But some parents, such as Lauren Metten, said it speaks to a bigger problem with delayed maintenance, especially in old school building buildings.

“Let’s take the kids to school and then, let’s continue freight, let’s keep going to the plan to fix not only Fox, not just George White, but let’s start looking at all the portfolios and see what we need to do to get those schools in the best condition, ”she said. “Fox is one part of a much bigger problem that is happening now in Richmond’s public schools.”

As for a possible move or relocation to First Baptist and Clark Springs, Methena with 5th grader Fox said she and her family are flexible. But she also noted that the future plan should be based on what is in the interests of the majority.

“We want to make sure changes are made right, every time it’s done, once or twice,” Methen said. “I want any teachers and staff to know that we are ready to jump in and help them build classes, do whatever it takes to make it as easy as possible for them. But I know it’s important that everyone comes back in person. “

Fox Elementary is not equipped for spraying, students will return to personal learning in the coming weeks

Methane also noted that while she is grateful for the community’s support after the Fox fire, she fears temporary solutions will become more long-term.

“I just don’t want anyone to start thinking it’s more permanent than it should be because it’s not going to serve our community and it’s not going to serve Richmond’s public schools in general. It’s a bandage on something that’s been festering for years at the moment, ”she said. “It’s time for the city and the school board to come together, work out and find a way […] to bring in the funds needed to maintain our schools, to renovate our schools and to build new ones to be built. ”

An RPS school board meeting is scheduled for Monday, March 7, at 6pm at John Marshall High School.