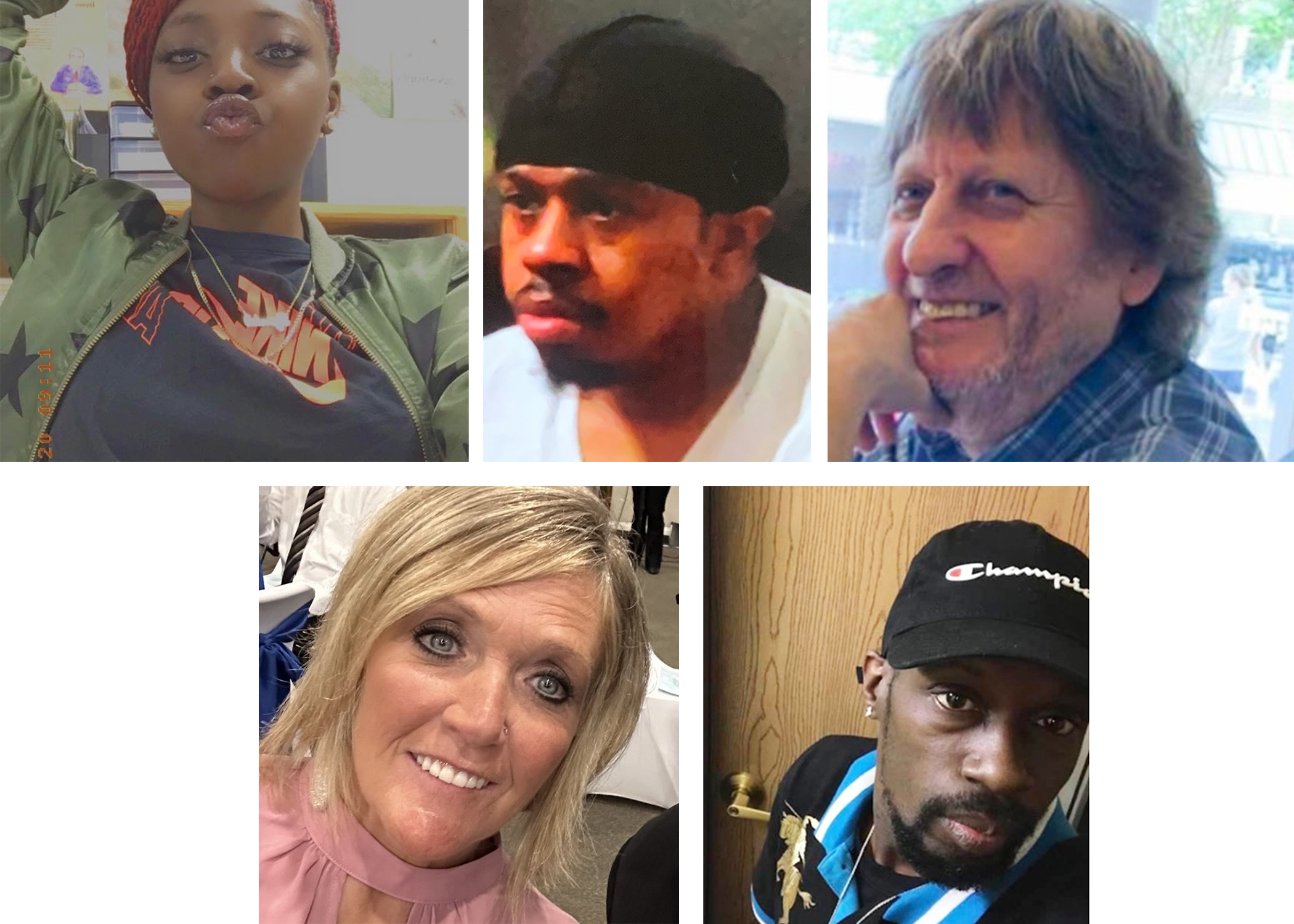 ‘Missed my baby’: Six killed in shooting at Walmart in Virginia

Here are some details about those killed in the shooting at a Walmart in Chesapeake, Virginia.

CHESAPEAKE, Va. (AP) is a caregiver and father of two. A mother with plans for a wedding. A funny guy.

Here’s how friends and family described some of the six people killed at a Walmart in Chesapeake, Va. when the manager opened fire with a gun just before the staff meeting. Five adults have been identified, while authorities have not released the name of the sixth person killed, a 16-year-old boy.

Here are some details about those who died:

Pyle was remembered as a generous and kind person, a mother who had plans for a wedding in the near future.

“We love her,” said Gwendolyn Bowe Baker Spencer. “She was going to marry my son next year. She was a wonderful, kind person – yes, she was.”

In Kentucky, Pyle had grown children who will travel to Virginia after the tragedy, Spencer said.

Pendleton was punctual. Although his shift as a security guard began at 10:30 p.m., he was in the break room when the shooting began just after 10, according to his mother, Michelle Johnson.

“He always came to work early to make it to work,” she told The Associated Press on Wednesday. “He liked his colleagues.”

Pendleton recently celebrated his 10th anniversary at the store.

His mother said he had no problems at work, except for his supervisor, Andre Bing, who was identified as the gunman.

“He just didn’t like my son,” Johnson said. “He was telling me he (Bing) was going to give him a hard time.”

Pendleton was born with a congenital brain disorder and grew up in Chesapeake, his mother said.

“He called me yesterday before going to work,” Johnson said. “I always tell him to call me when he gets off work.”

As she was about to go to bed, Johnson got a call from a family friend saying there had been a shooting at Walmart.

Gamble was a night shift custodian and had worked at Walmart for 15 years. This was reported by the Washington Post.

His parents, Linda and Alonzo Gamble, said he loved spending time with his two sons.

“He just kept to himself and did his job,” Linda Gamble said. “He was the quiet one in the family.”

His mother said Gamble loved going to his 19-year-old’s football games and rooting for the NFL’s Washington Commanders.

She posted on Facebook that it is difficult for her to say goodbye.

“I miss my baby right now, life is not the same without my son,” she wrote.

Blevins was a longtime member of the store’s pricing and merchandising team, This is reported by the New York Times.

Former co-worker Shaundraya Reese, who worked at the store from about 2015 to 2018, fondly referred to Blevins as “Mr. Randy.”

She said the night team at the store was a “family” and that employees relied on each other.

A makeshift memorial for Johnson was placed in a grassy area outside Walmart with the words “Our hearts are with you” and a basket of flowers.

The memorial included a group of blue, white and gold balloons tied to a tree, next to a bright yellow line of police tape.

Kelleher contributed to this report from Honolulu.