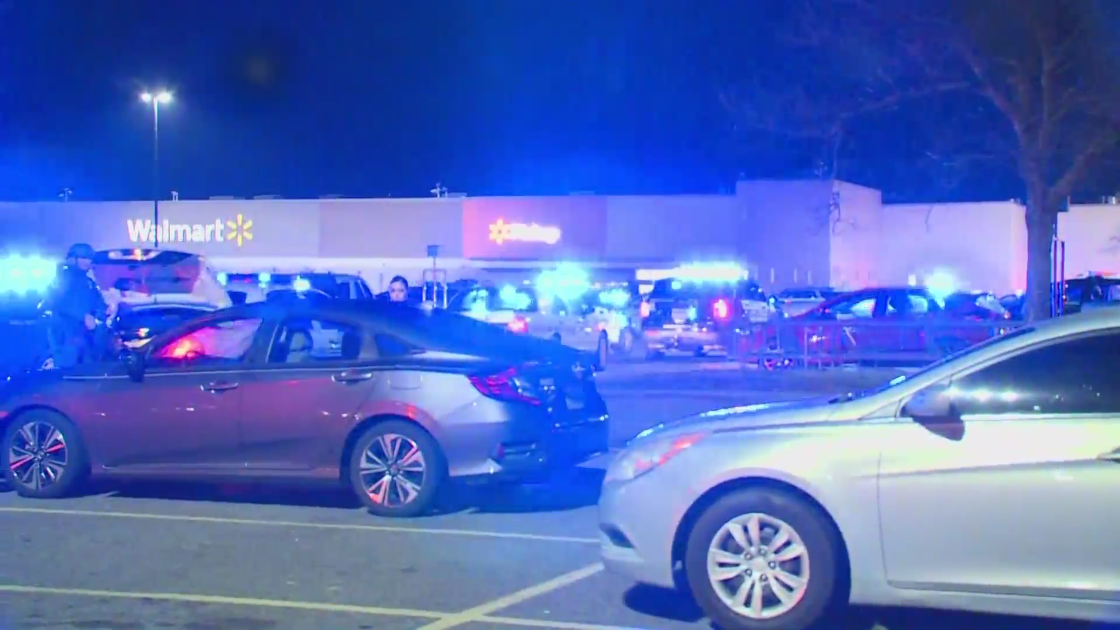 7 dead, including the shooter

Police report that several dead and wounded were found in the building where the shooting took place. An attendant at the time told WAVY that the shooting started in the back of the store. One person was found dead near the front entrance.

The call about the shooting came in at 10:12 p.m. Tuesday, while the Walmart Supercenter was still open to the public. Only recently did the night shift workers move in.

Chesapeake held a news conference at 8 a.m. Wednesday to update them on the investigation. Police Chief Mark Saleski confirmed the gunman was a store employee and used a gun. On Wednesday afternoon, Walmart officials confirmed the identity of the shooter as Andre Bing, a Walmart employee who served as a supervisor on the night shift.

While the details of the tragic incident at our Chesapeake, Virginia store are still being investigated, authorities have confirmed multiple victims. We are focused on doing everything we can to support our associates and their families during this time. The alleged shooter has been identified as Andre Bing. We can confirm he was a Walmart employee. Andre’s position at the company was Group Manager Overnight and he has been with us since 2010. We are grateful to local emergency responders and will continue to work with local law enforcement as they continue their investigation.

Six people died from their injuries, Saleski said. The shooter is believed to have died of a self-inflicted wound.

A spokesman for Centara Norfolk General Hospital, the closest Level 1 trauma center to the area, confirmed that five patients were being treated there. Two of those patients later died, two remain in critical condition, and one patient is in good condition.

10 On Your Side confirmed to Chesapeake Regional that it treated five patients after the shooting Tuesday night. One of these patients died from their injuries; The other four have been released from the hospital, a spokesman confirmed Wednesday afternoon.

On Wednesday night, police identified five of the six victims. The sixth victim was a 16-year-old boy, whose identity the police did not establish because he was a minor.

10 On Your Side’s KaMaria Braye interviewed a Walmart employee who witnessed the shooting.

According to an eyewitness, there were 14 employees in the meeting room waiting to learn about their duties for the day when the shooting began.

The witness added that she believes the shooting was planned and targeted other managers at that particular Walmart. At one point, a witness tells 10 On Your Side she heard the suspect laughing.

After the shooting became known, a large police presence was gathered outside the store, with FBI agents and Virginia Beach police assisting Chesapeake. Just after midnight, the ATF in Washington tweeted that they were also en route to assist in the investigation. Police entered the store after receiving the call and continued to search for the victims for about 30 to 45 minutes, Kasinski said.

The Chesapeake Convention Center was created as a place for store employees and their families to reunite.

Employees also gathered at the nearby Sam’s Club, where a reception was held. A night shift worker who spoke with WAVY’s Brett Hall said, “Thank God I’m late.”

The mother of one of the employees said she heard gunshots while talking to her son on the phone. He was physically fine after the shooting.

Meanwhile, an employee who said she was in the store at the time told WAVY that a teenage employee had been shot.

Walmart shared a statement Wednesday morning saying, “We are shocked by this tragic event at our store in Chesapeake, Virginia. We pray for those affected, the community and our associates. We are working closely with law enforcement and are focused on supporting our associates.”

The shooting left many in shock, as current and former Walmart employees who spoke to WAVY said the store feels like home.

“I was on the phone with a few other friends who were former employees and customers, and we’re all just in disbelief,” a former store employee said Wednesday morning, trying to get answers about the victims to the conference center.

WAVY’s Craig Loper spoke with Debra Hazlett, whose brother was one of the shooting victims, outside Norfolk Wednesday morning. The victim, who had worked at the Chesapeake Walmart for about 20 years, called his family around 10:18 p.m. to say he had been shot. Hazlett says it’s nice to know he’s talking. He was shot in just 10 minutes.

Comedian Jay Pharoah, a Saturday Night Live alum from Chesapeake, wrote, “This happened right down the street from my neighborhood in Chesapeake at a Walmart that my family and I have been going to for years. My heart breaks for those unable to return home and my condolences to the families who are suffering their loss. If there’s one thing I’m thankful for this holiday, it’s my family’s life and mine. Thank God we didn’t get involved, my mother was there today, I pray everyone I know is ok. I pray for those I don’t know. Pray for Chesapeake, keep Va in your hearts this holiday season.”

Virginia state Sen. Louise Lucas, who represents this part of Chesapeake, released a statement Tuesday night saying, “I am deeply heartbroken that the latest mass shooting in America happened tonight at a Walmart in my neighborhood in Chesapeake, Virginia. I will not rest until we find solutions to end this epidemic of gun violence in our country that has claimed so many lives.”