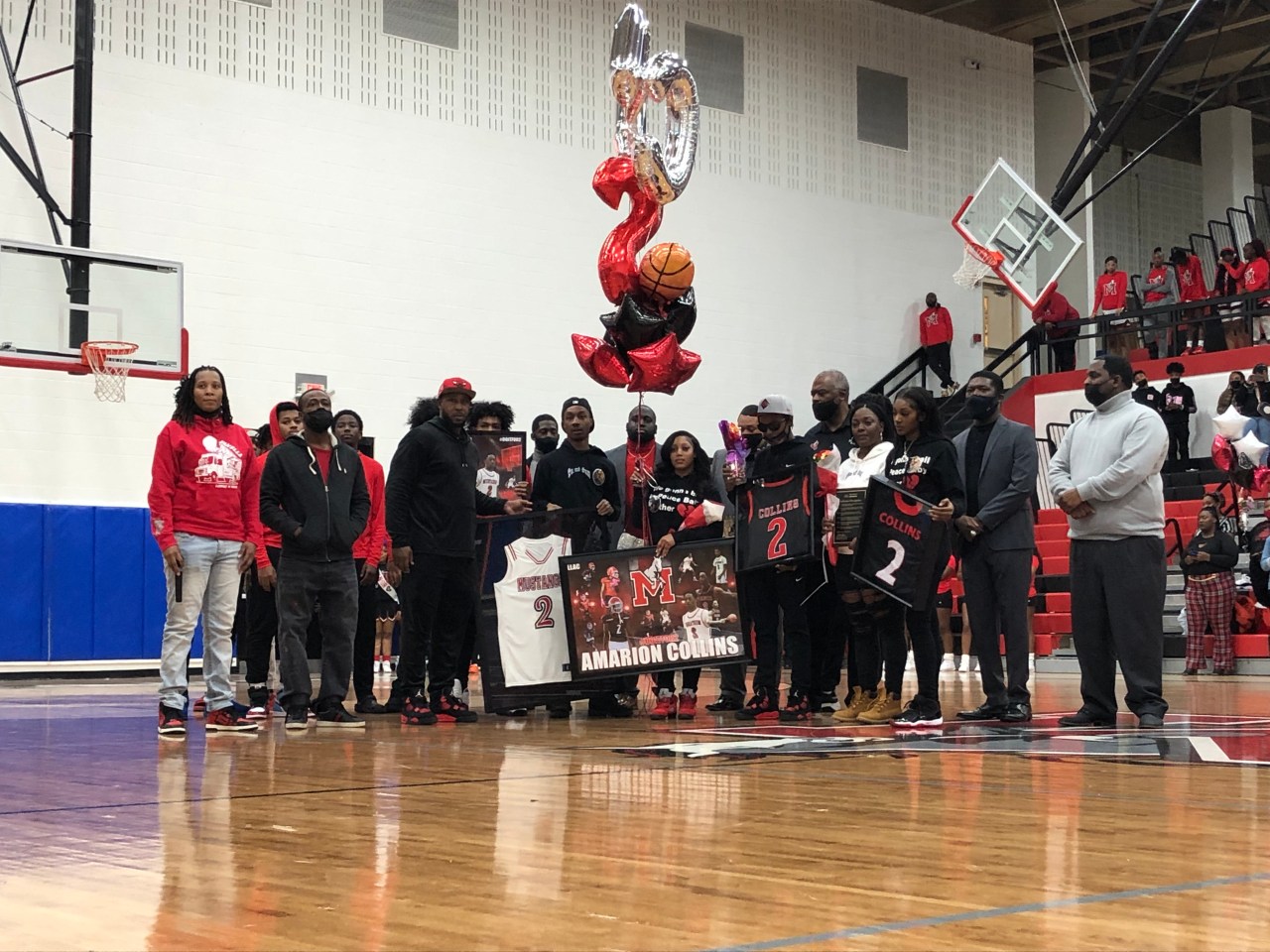 Amarion Collins was killed on January 19 while leaving the parking lot at Menara High School.

Amarion Collins was killed on Jan. 19 while leaving the parking lot at Manor High School. Collins played football and basketball at Manor High and was known as a solid student who made people smile.

Three people are charged with his murder: 19-year-old Melvon Parker, 18-year-old Quandel Glenn and a minor. Each of them is accused of first-degree murder, use of firearms, conspiracy to commit murder and firearms on the school grounds.