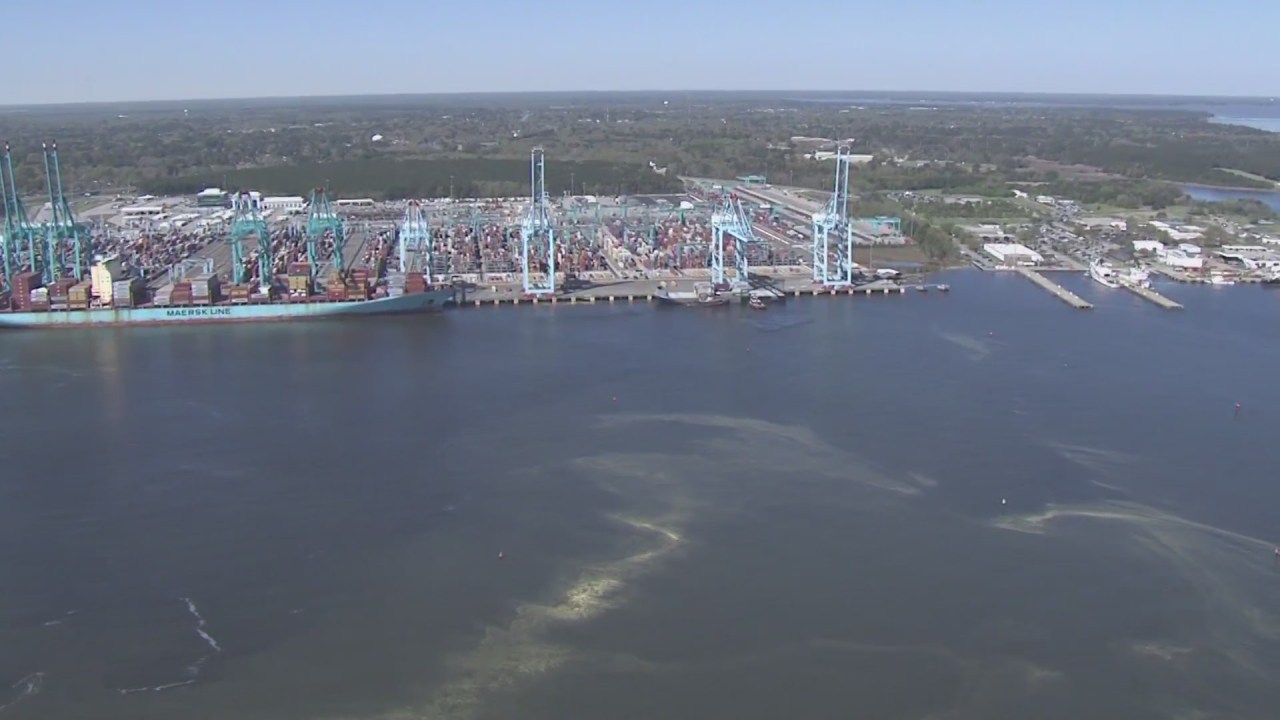 PORSMOUTH, VA (WAVY) – Federal officials stopped in the port of Virginia on Thursday to discuss the millions of dollars going to widen and deepen waterways leading to the port.

A $ 350 million widening and deepening project is currently underway in Norfolk Harbor and Canal to increase the depth to at least 55 feet in some areas.

Thanks to the bill on infrastructure and jobs, the port will receive $ 69 million for the project.

“It’s long overdue,” said U.S. Senator Mark Warner (Virginia). “Our competitive advantage for these large ships going to the East Coast will have the deepest port on the East Coast. That will allow us to reach these 55-foot depths. ”

Port officials say the wider and deeper port allows larger cargo vessels to pass simultaneously. Now the possibility of passing only one cargo ship slows down other ships, which costs money.

“A lot of people are complaining about inflation without the initiative to do anything about it. This is a global problem. You can solve this by dealing with supply chains. the sooner you deliver the goods to the store, they will not be able to raise prices. If we can make ports more successful, we will be able to cope with supply chains, ”he said. “We have serious problems on the West Coast, and the port of Hampton Roads is working well. If we continue to do this, it will help cope with inflation. “

Congressman Elaine Luria (D-Norfolk) says the project is incredibly important for moving goods across the East Coast and says that if there was a backlog of ships on the West Coast, it didn’t happen here in Hampton Roads.

Luria says the volume at the port has increased by 25% compared to last year.

And the growth of the port will be felt in society.

“As the port continues to grow, so does the number of businesses associated with our region. If things come off, they can go to warehouses, assembly, light production and distribution centers. You see the port growing here, but you also see how many industries are coming to the local area, especially in remote areas such as Suffolk, where there is space, land and a large workforce. I think that the more the port grows, I think that companies will choose to make room for their business here, ”she said.

Representatives also visited other projects in the area, which are receiving about $ 250 million for the Norfolk Coastal Storm Risk Management Project, which will help reduce and manage flooding through voltage barriers, tidal gates, floods and more.

Michael Connor, who is the assistant secretary of civil affairs, says coastal sustainability projects are one of the biggest areas of growth for the army’s engineering corps.

“This is a critical issue and there will be more activity in the future,” he said.

Warner says Norfolk is finally getting the funding it deserves and hopes to be able to help Virginia Beach and other coastal communities through similar programs and funding.

“For me, it’s madness that it took so long for people to recognize climate change. The Navy has for years invested money in raising docks. They see the sea level rising. How often parts of Norfolk are flooded is a reality, ”he said. “People in Hampton Rose understand that climate change and sea level rise are happening here and now. This is not in the future. Installing additional flood walls and attempting additional protection will affect all of Hampton Roads. It’s one of the great places in Virginia and the country to live in, but you need to have some protection from rising tides, and that’s finally becoming a reality in terms of funding. ”

Along with the funding already provided, more assistance will be available from bills on infrastructure and jobs.

Earlier this week, Warner announced that he had released Fr. new website which provides all the resources in one place for the settlements that need help.

“This is the first time in 40 years that Congress has seriously stepped up and said, ‘We’re going to invest more money in roads, in ports, in railroads, in airports, in broadband, in resilience.’ The challenge for local communities is that there are 100 new programs in this bill. We tried to create a single window where the local government or the organization applying for funding can go and find out what funding is available, ”he said.

Warner says he is here to help smaller communities that don’t have the same cadres as large ones.

“We’re talking about parts of the Middle Peninsula, the North Neck, parts of the South Side, smaller communities, and they only have one grant officer. I have seen some communities that have great opportunities to apply for a failed grant, ”he said. “It gives them an easy place to see what funds can be made available from the infrastructure bill.”