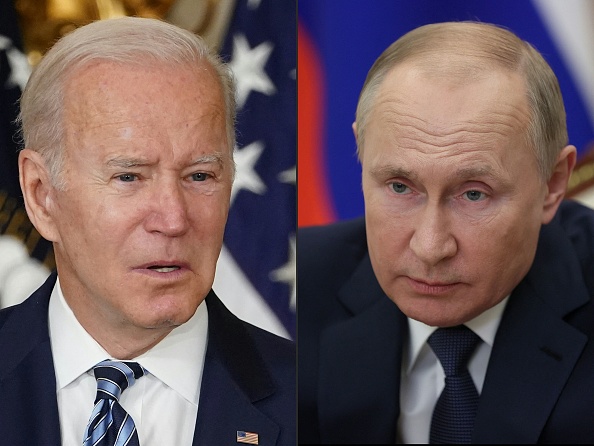 WASHINGTON, District of Columbia (WRIC / AP) – President Joe Biden will consider the crisis in Ukraine today at 13:00 amid escalating tensions with Russia. You can watch his remarks from the White House live in the player below.

The White House is calling Deployment of Russian troops in eastern Ukraine – “invasion” after initially hesitating to use the term. Leaders around the world have condemned Putin and prepared for his administration with sanctions.

“We believe this is the beginning of Russia’s invasion, Ukraine’s latest invasion,” said John Feiner, chief deputy national security adviser. He said the “last” is important. “Invasion is invasion, and that’s what’s happening.”

The Biden administration initially resisted calling the troop deployment an invasion because the White House wanted to see what Russia would actually do, but that changed after assessing the movement of Russian troops, said the official, who spoke on condition of anonymity to discuss internal discussions. .

Russian lawmakers on Tuesday allowed President Vladimir Putin to use military force outside the country, a move that could portend a wider attack to Ukraine.

Several European leaders have said Russian troops have entered rebel-held areas in eastern Ukraine after Putin recognized their independence. But it was unclear how large the deployment was, and Ukraine and its Western allies have long argued that Russian troops are fighting in the region, which Moscow has always denied.

Members of Russia’s upper house, the Federation Council, voted unanimously to allow Putin to use military force outside the country, effectively formalizing the deployment of Russian troops in rebel regions, which killed nearly 14,000 people in an eight-year conflict.

Shortly afterwards, Putin set out three conditions for ending the crisis that threatened to plunge Europe back into war, causing the specter of mass casualties. energy shortages across the continent and economic chaos around the world.

The AP contributed to this report.