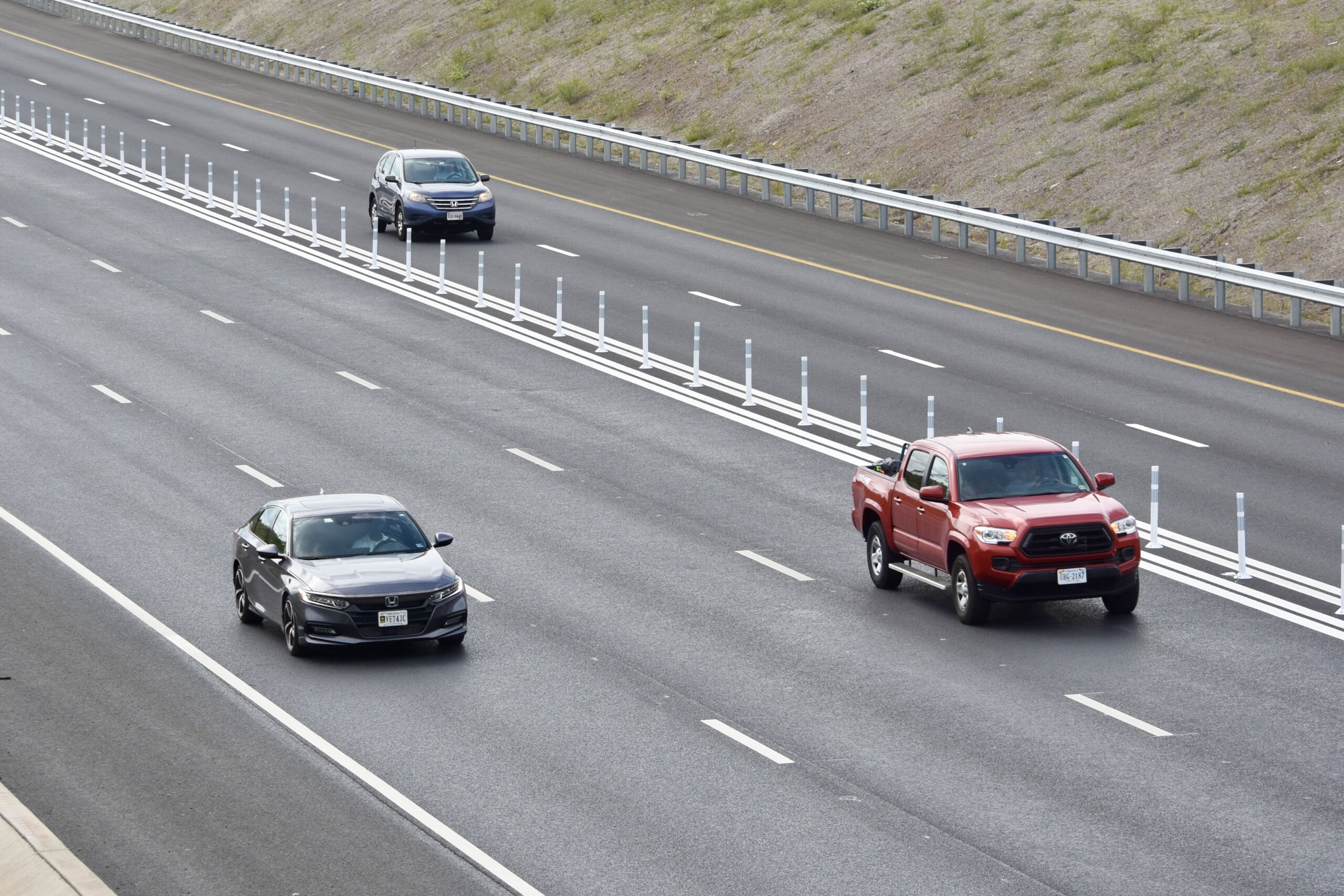 On the first morning of toll collection on the new Interstate 66 Express Lanes from Gainesville to Centerville, the average cost for a solo driver was $6.10.

Morning and evening commuters want to get where they’re going quickly, but for many, cost is part of the equation.

At about 6:30 a.m. Tuesday, drivers about to use the 9-mile stretch of newly opened express lanes on Interstate 66 from Gainesville to Centerville, Va., saw a $6.50 toll.

That figure is consistent with Monday’s first day of weekday travel figures released by I-66 Express Mobility Partners, the consortium of partners that maintains and operates the toll lanes.

Tolls began Saturday on the stretch of I-66 outside the Capital Beltway after two weeks of free rides. During Monday’s first morning commute, the average cost was $6.10 for the entire westbound section, from the Route 29 entrance in Gainesville to Route 28 in Centerville.

Drivers on I-66 can see signs with the current toll price for about two miles before deciding whether to pay for the new toll lanes or continue on I-66.

Tolls on I-66’s new express lanes outside the beltway, similar to tolls on I-95, I-395 and I-495, vary based on traffic volume. The toll system varies the price in an attempt to keep vehicles at an average speed of 55 miles per hour.

In the first few days of tolling, the price will fluctuate less as the system becomes familiar with real traffic. Each posted price is expected to be in effect for at least 30 minutes before changing, according to Nancy Smith, a spokeswoman for the toll lane operator.

For morning drivers making the “round trip” from Centerville west to Prince William County, the average fare was $3.

During the midday period, the average toll for the entire 9-mile stretch in both directions was about $2.75, the operator said.

“We are closely monitoring the use of the 66 Express Lane and congestion on the highway. We will continually improve our pricing algorithm to reflect congestion and travel patterns and ensure that 66 Express Lane users experience faster and more reliable journeys,” Smith said.