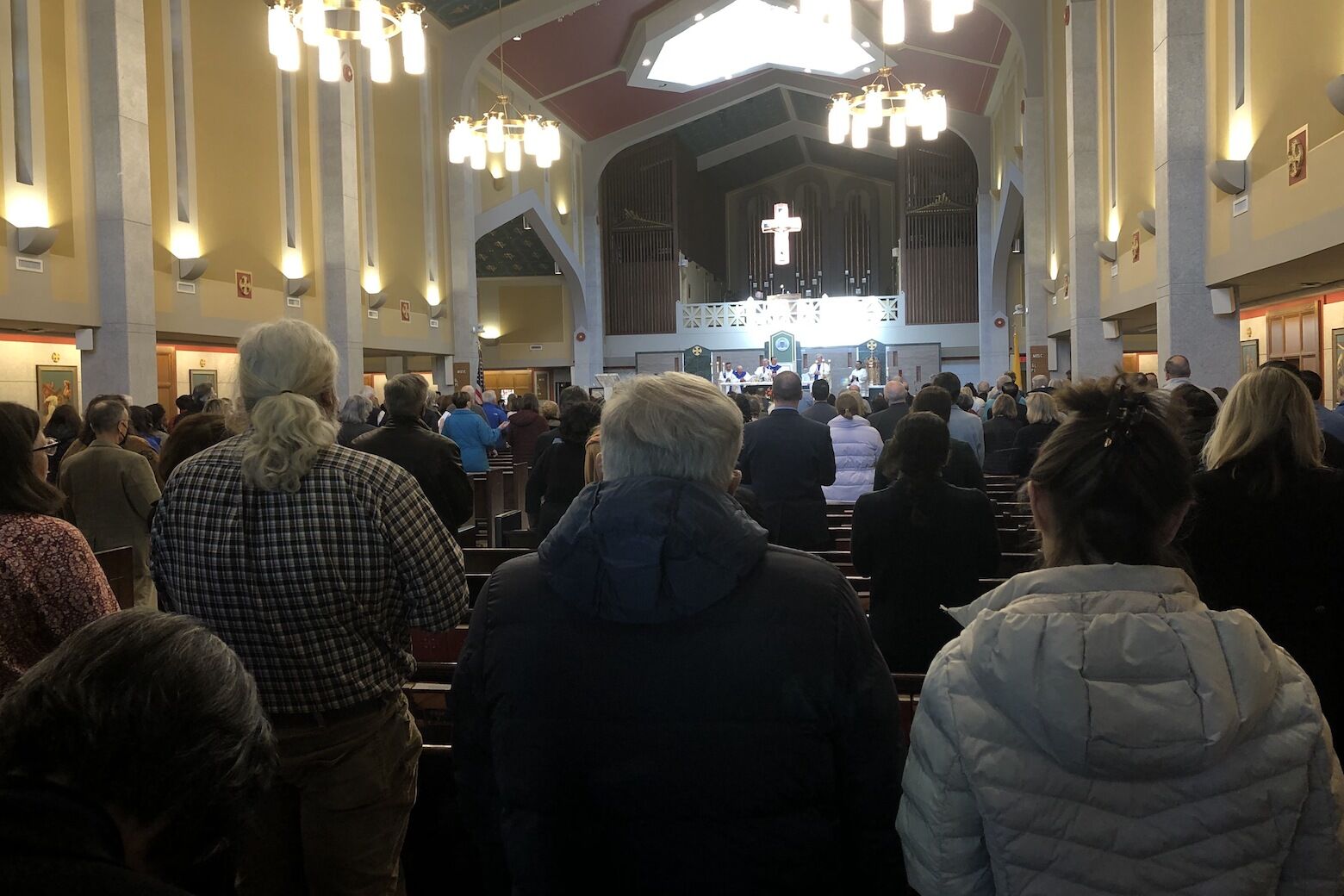 Hundreds attend the V. Mass to pray for peace in Ukraine

The “Mass for Peace and Justice in Ukraine and Around the World” led hundreds of people to the crowded cathedral as they joined in singing, prayer and communion.

Virginia Cathedral was overcrowded Monday afternoon when the Diocese of Arlington held a Mass to pray for Ukraine.

“We are not paralyzed. We can do something to help our brothers and sisters, ”said Bishop Michael F. Burbage of the Diocese of Arlington.

“We are all deeply saddened and concerned by what we are witnessing with the invasion of Ukraine. Our hearts are deeply troubled to see death and suffering, ”he said.

The “Mass for Peace and Justice in Ukraine and Around the World” led hundreds of people to the crowded cathedral as they joined in singing, prayer and communion.

Among the hymns sung during the service were “Make me a channel of your peace” and “For the healing of nations.”

“We prayed for an end to this attack, this violence. We prayed for peace and stability in Ukraine and around the world, ”Burbage said.

Seeing the large crowd gave Burbage hope, he said. The service was announced just a few days ago, so he was thrilled, so a lot of people came out.

“I was deeply, deeply inspired to see the almost complete cathedral. It was very inspiring to see that faith, ”Burbage said. “Today we did something very powerful.”

During his homily, Burbage condemned the violence in Ukraine and called for peace.

“I join my fellow bishops and all people of good will in condemning this violence as an insult to human dignity … I call for solidarity, people in the faith who unite in prayer for an end to this violence.”