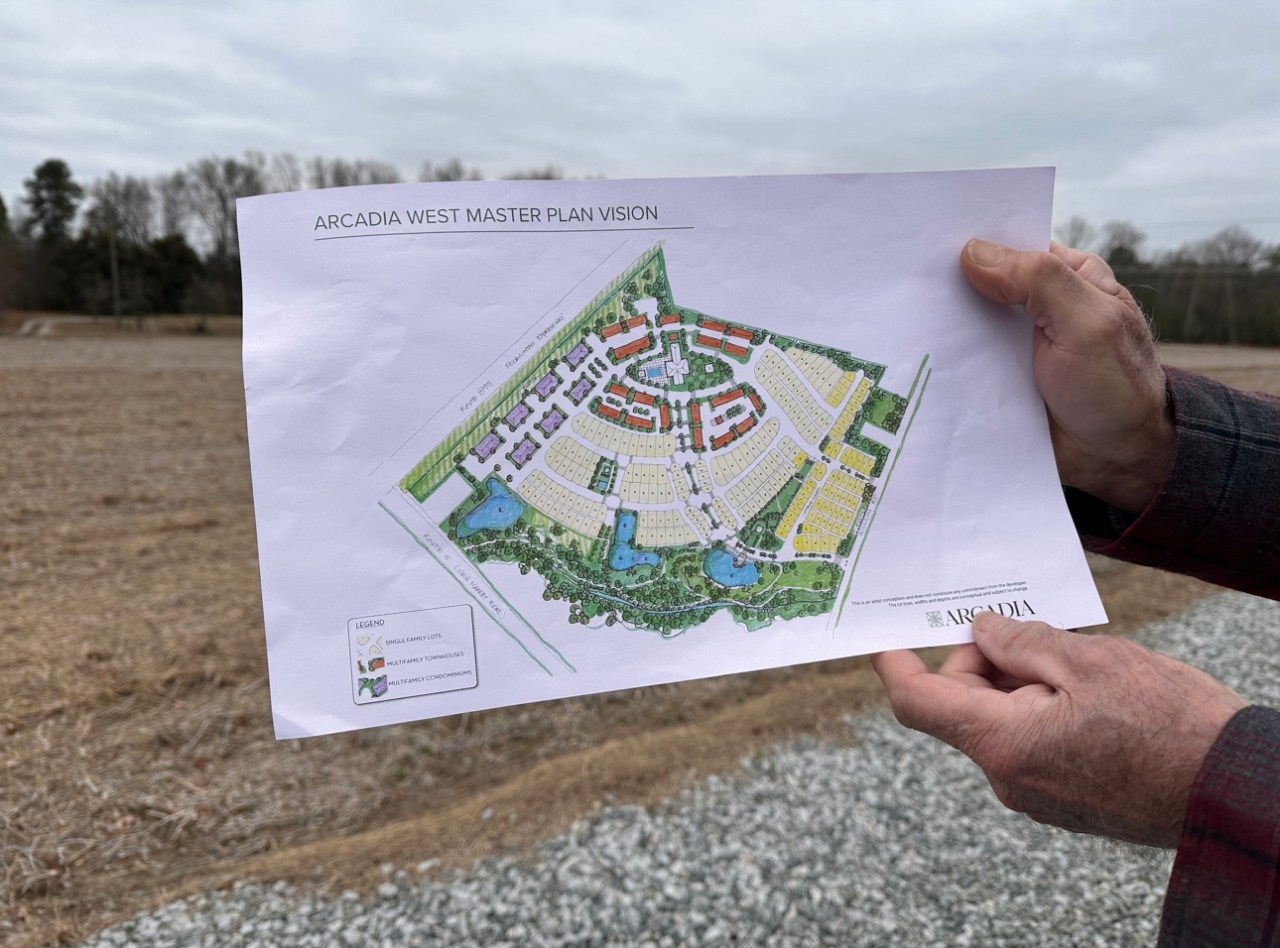 Henrico accepts a development of 800 houses in Varina

HENRICO COUNTY, Va. (WRIC) — After hours of hearings involving local residents, county planners and state Sen. Joe Morrissey, Henrico County has decided to build an ambitious 800-home neighborhood on a piece of farmland in the western edge of the county.

The planned development, known as Arcadia, originally called for 1,000 homes, including single-family lots, townhouses and condominiums — all for sale, with the proposal expressly excluding any rental units.

But in several last-minute changes announced just before Tuesday’s public hearing, the developer reduced the total number of units to a maximum of 800 and proposed a number of other changes to allay concerns from Varina residents.

“The first change you’ll notice is the total units offered. It was originally proposed to build up to 1,000 residential units,” a county spokesman said. “Now … the revised proposal is that no more than 500 units on the west side of Wilson and on the east side of Wilson will be phased into the project … the number of no must exceed 295 units.”

The plan is the first in the county to use the new “SMX-PD” zoning type, a denser form of suburban development that combines single-family homes, apartments, townhouses and condominiums.

“The previously proposed connection to Route 5 has been removed by the amended proposal number 4,” a county spokesman said.

During public comment, most speakers opposed the project, citing a wide range of objections, mostly related to the relatively high density of housing included in the proposal. Others also argued that they had not had enough time to consider the changes made to the plan.

“It’s clearly not fair that this matter is coming to the full council tonight when the proposals were brokered until 5 o’clock tonight,” Henrico resident Lynn Wilson said. “We didn’t have the opportunity to consider them, to consider them among ourselves.”

Varina Supervisor Tyrone Nelson was sympathetic to residents’ concerns, but said the county and developers have met with them multiple times and significantly changed the proposal in an effort to find a compromise.

He pointed to the requirement that some of the new homes be zoned for affordable housing as the reason the project must move forward tonight.

“One of the things I wanted to see was affordable housing,” he said. “We’ve never put that as a condition in the history of Henrico County.”

Erika Sims, CEO of the Maggie Walker Land Trust, spoke during public comment in support of the project, saying her organization had reached an agreement with the developer.

“Through our arrangement with East West Development, we will be able to make 20 units in the first phases available to families at approximately $200,000,” she said. “Henrico doesn’t have any quality homes for sale at this price.”

After a bipartisan vote, the tenant protection bill fails the Virginia House panel

The plan also faced surprise opposition from Sen. Joe Morrissey, whose district includes parts of eastern Henrico. He said he received more than 90 letters from residents concerned about the project, most of them expressing opposition.

“The introduction of 800 units is a complete change in the nature of what Varinians want,” he said. “They do not want and have not bargained for a density of more than 800 homes.”

But Bill Nelson, whose family owns the farmland in question, told the board the project was what they wanted.

“My family managed the land well and took care of it themselves, making improvements along the way,” he said.

But he added that he is the last member of his family to farm in Henrico, pointing to economic pressures that have largely put an end to small family farms in the area.

“I think Arcadia is a well-planned community and it will be an asset to our county,” he said. “I am asking to approve the development.”

Will spray painting your catalytic converter make it less susceptible to theft?

In the end, Nelson said he saw no good reason to delay the project any further, especially given the changes the developer had agreed to.

“So I’m back to the question, delay or deny?” he said. “Delay it for what? A couple more weeks before we do it again? The conditions that were offered today were for the best.”

Shortly thereafter, the council voted unanimously to approve the project.