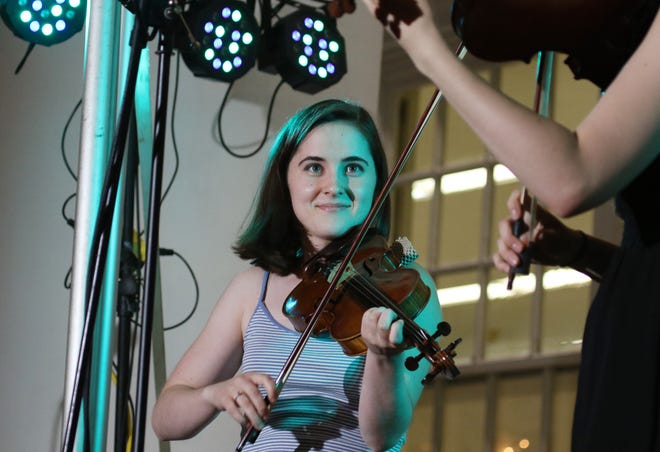 STAUNTON — Mary Baldwin University and the Heifetz International Institute of Music announced Monday that they will extend their agreement with Heifetz to host the world-renowned music program and its “Concert Festival” on MBU’s Staunton campus through at least 2027, according to a news release. .

Each summer, the Institute attracts exceptional young string musicians from around the world who live, study, practice, and perform in MBU’s dormitories, classrooms, dining halls, and concert halls for an intensive six-week summer program.

The Summer 2023 program, which runs from June 15 to July 29, will mark the 11th year of a landmark partnership first established by MBU President Pamela Fox and Heifetz Institute founder Daniel Heifetz in 2011 when the Institute relocated from New Hampshire.

“This partnership aligns perfectly with Mary Baldwin’s commitment to supporting our local community by providing opportunities for cultural and educational enrichment,” Fox said. “We are thrilled to continue to support this unique and highly regarded program that attracts world-class musicians to study and perform on our wonderful campus and in our beautiful city.”

more:Please help families in need in the Staunton area this season

In addition to the summer program, which draws thousands of visitors each summer to Staunton, the new five-year agreement extends the partnership into the academic year, during which Heifetz faculty and alumni will present chamber music performances through the new Heifetz Listen nowa series of concerts. This new initiative includes classroom visits and interactions with MBU music students, and provides an avenue for collaborative projects that will further enrich both institutions, according to the release.

“The continued partnership between the Heifetz Institute and Mary Baldwin University is good news for both organizations and even better news for the Staunton community,” said Staunton/Richmond businessman and developer Robin Miller, a Heifetz Institute board member who helped shepherd the new agreement. . “Mary Baldwin and Heifetz are doing so much to promote Staunton’s reputation as Virginia’s prettiest, coolest, most tourist-friendly small town, bar none.”

The next concert in the new “Heifetz Hear and Now” series will be held at MBU’s Francis Auditorium on Sunday, December 4th, followed by the popular “Heifetz Holiday Homecoming” on Friday, December 16th. Tickets for the Concert Festival 2023 will go on sale on December 5. More information is available at www.heifetzinstitute.org.