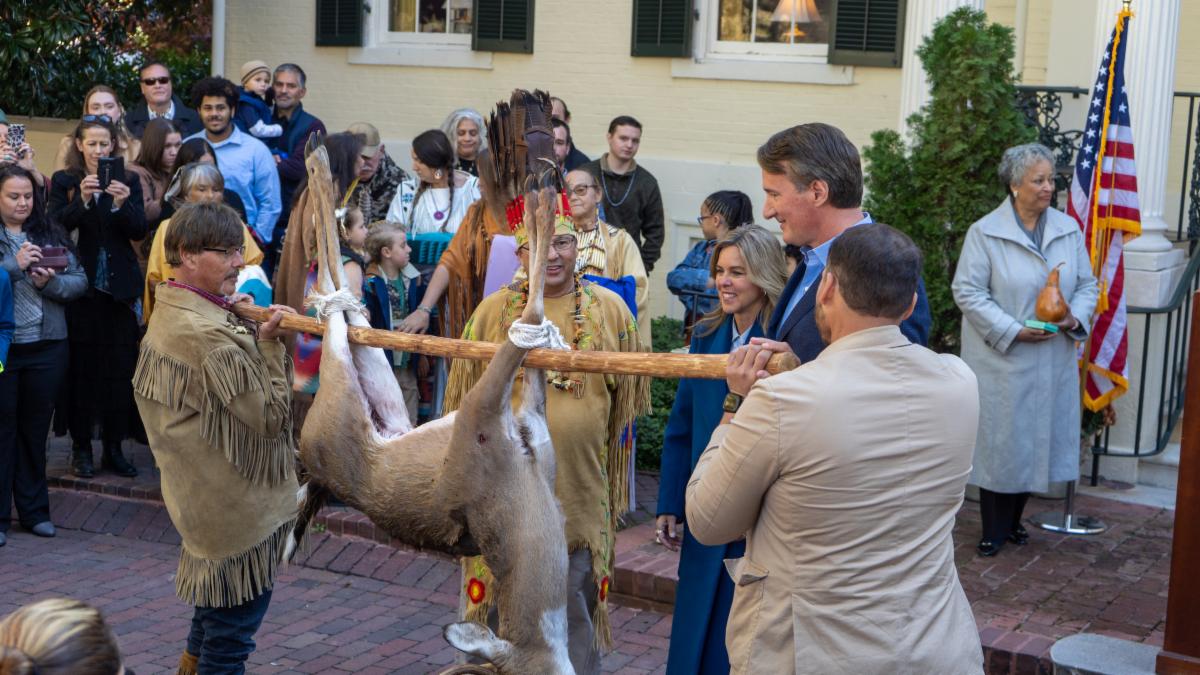 Before the honoring ceremony on Wednesday, Nov. 23, Youngkin met privately with Chief Mark “Shooting Star” Custalow of the Mattaponi Tribe and Chief Robert Gray of the Pamunkey Tribe. Dozens of tribal citizens then joined the ceremony where Youngkin was presented with tributes, including a deer from each tribe.

“Maintaining trust and contractual obligations in our relationship is critical to honoring the past, present and future of our Commonwealth,” Youngkin said. “We were reminded today that the Spirit of Virginia was present long before she was a Commonwealth. It is very important to emphasize our deep appreciation for our cherished relationship and long shared history.”

Youngkin is participating in this tradition for the first time. Last yearGovernor Ralph Northam joined the ceremony, which was accompanied by protests by Mattaponi women demanding representation and voting rights.