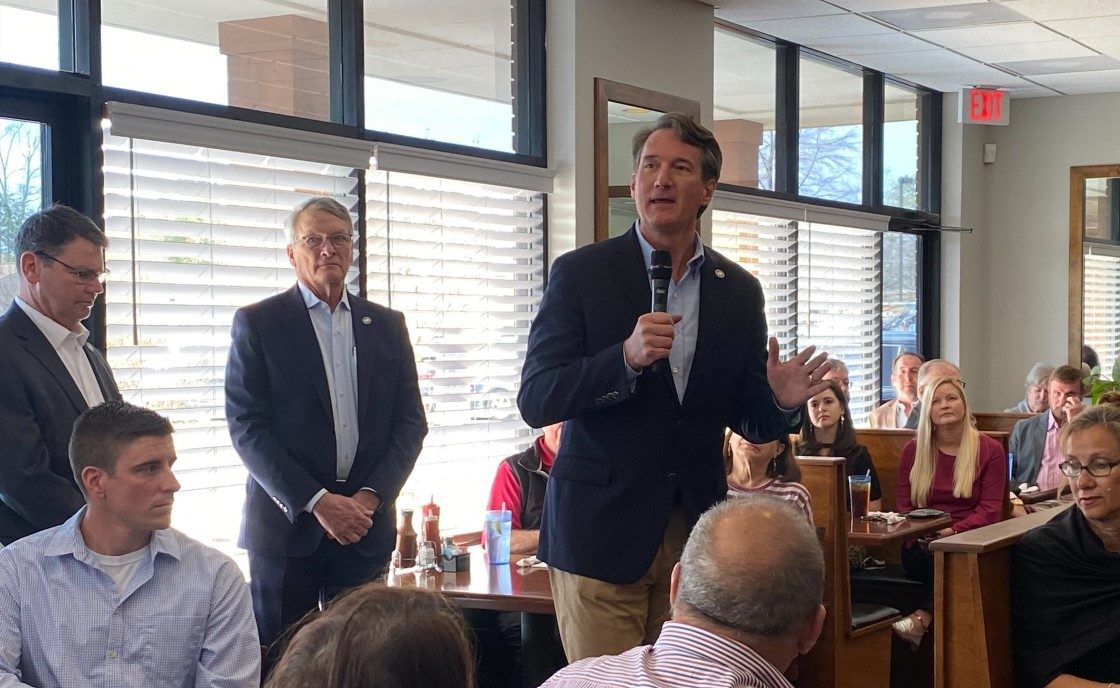 Governor Yangkin, who advocates for Virginia’s tax breaks, expects a surplus of $ 2.6 billion

“Yesterday we stood up for our parents. Today we are reducing taxes, ”Yangkin said. “It’s time for us to have a one-time record-breaking tax rebate to get your money back.”

The day after the governor signed a bill abolishing the mandates of school masks, he said he wanted to abolish the food tax, double the standard deduction and suspend the gas tax for a year. Yunkin believes that residents are unnecessarily taxed.

However, owners and residents of Virginia want to know how this money will return to their pockets.

According to Youngkin, Virginia’s coffers are full, with a surplus of $ 2.6 billion, which he said will grow. The governor said the fees and surplus taxes had created a surplus and that the money was not currently being used or distributed anywhere.

“It gives us a unique moment when we can cut taxes and make critical investments in the things we know we need to invest in,” Yangkin said.

The governor said he wants to invest in areas such as law enforcement, behavioral health and education.
Considering the possible abolition of the food tax, Yangkin said he wanted to avoid damaging the education budget, which is of concern to some lawmakers.

Changing the face of Richmond: who is left behind as the city’s popularity increases

“Part of that is to make sure we have a good formula to make sure education budgets aren’t damaged, and I think that has caused a lot of concern,” Yangkin said. “I think very good work is being done now between the House and the Senate to make sure it works. I am very confident that we will achieve a complete elimination of the food tax. “

There are two bills with big differences in the general assembly that seek to reduce the tax on products. However, lawmakers will have to work together to reach a compromise.