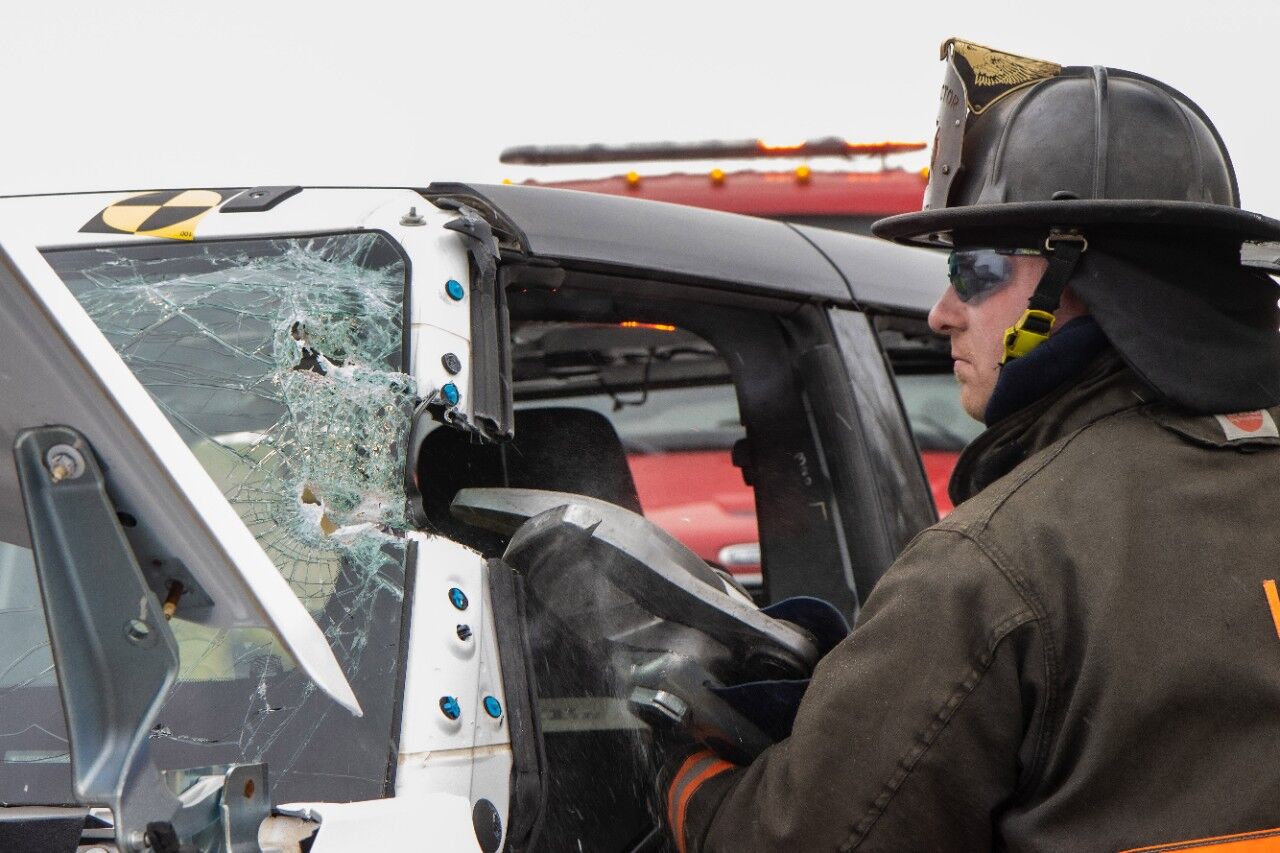 “We hope to dispel a lot of fears and dispel some of the misconceptions about electrified vehicles” among rescuers, said Joseph McLain, a global product and systems safety engineer for General Motors.

The exercise was held at Dominion Raceway in Thornburgh and involved dozens of fire and police departments from the region. An FBI team came to observe, McLain said.

One common misconception is that water can be dangerous around an electric car battery during a fire.

“In all of our rescue documents, we say we need to use a lot of water,” McLain said.

Emergency workers looked at the Chevy Bolt, which had caught fire. This model was recalled due to a battery defect, which was blamed on the supplier LG.

Emergency responders also checked the crashed GMC Hummer EV to see where it was safe to cut to get someone out of the vehicle.

“Orange identifies things that may be under the hood or in areas of the vehicle that we don’t want emergency responders to interact with,” McLain said.

In a press release, GM said the National Fire Protection Association “has led its own EV education efforts with 300,000 first responders, but estimates are over 800,000 additional community members in need of further training.”