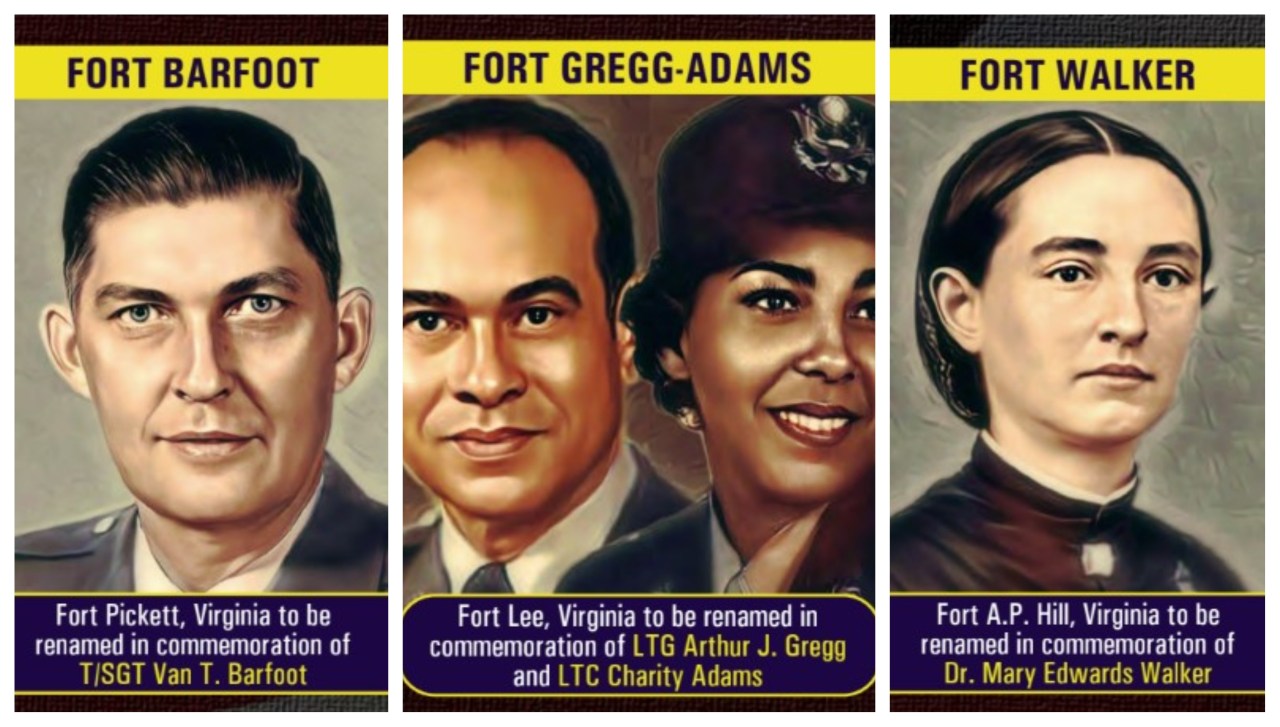 The decided to rename the bases came after Congress overrode the president’s veto defense spending bill in 2021. Soon after, Congress enlisted the help of an independent commission tasked with renaming bases with names associated with the Confederacy. On Monday, September 19, the Naming Commission released its final report recommending to Congress new names for Army bases included in Part I of the plan.

The Commission said the new names were chosen based on several factors, such as lists of all service assets based on the Commission’s criteria, consideration of local specifics, discussions with elected officials and direct input from the public. See the new names below.

Part II of the Nominating Commission’s Final Report will examine the assets of the United States Military Academy at West Point, New York, and the United States Naval Academy at Annapolis, Maryland. Part III will cover all DoD assets not covered in the first two parts. .

The full final report of the Naming Commission, Part I, can be read below: