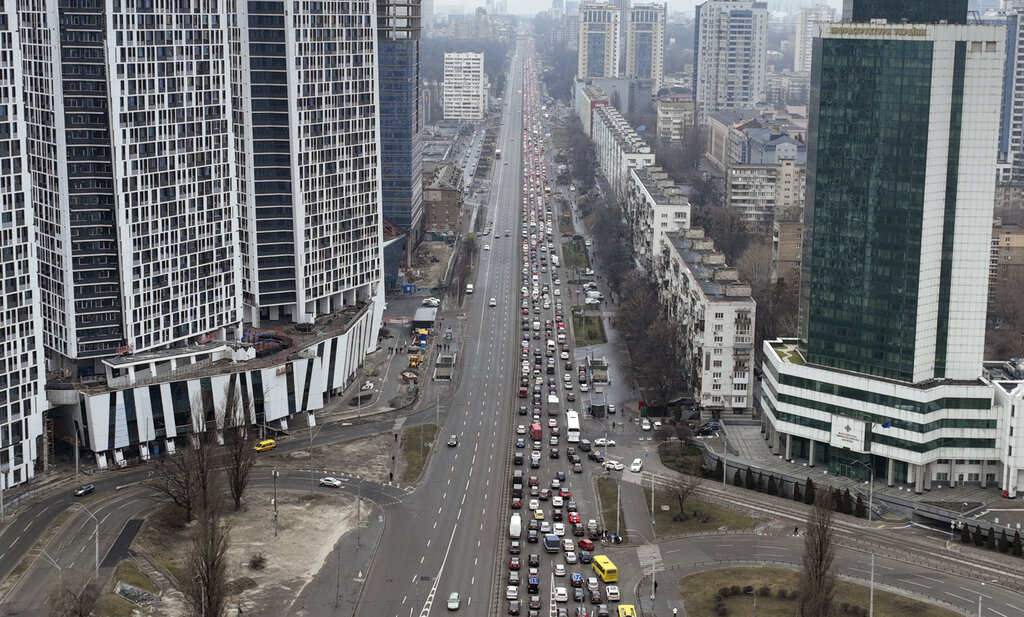 Fear, peace among Ukrainians when Russian troops enter the country

KIEV, Ukraine (AP) – Although Ukrainians have been warned for weeks that war with Russia is imminent, when attacks finally took place on Thursday, many did not seem to know how to respond.

Civil defense sirens howled in the air of the capital Kiev gray and rainy morning, but the main street of Khreshchatyk was a mixture of anxiety and routine.

The hotel, where many Associated Press reporters stayed, ordered an evacuation within 30 minutes. At discharge, the polite officer asked, “Did you have anything from the minibar?”

Outside, guests hastily loaded their hastily packed luggage into cars, and passers-by walked the dogs and from time to time waved to friends.

Voices from Ukraine: “I need to go and survive today”

Some were awakened by the noise of explosions on the outskirts of the city, but others heard nothing. The mayor of Boryspil, a suburb where the capital’s main airport is located, said some of the blasts were due to the downing of drones of unknown origin.

“I’m not scared now, maybe later it will be scary,” – said a resident of Khreshchatyk Maxim Prudskoy.

In Mariupol, a port city of the Sea of ​​Azov that many fear because of its strategic importance and valuable heavy industry, AP reporters saw similar scenes of aplomb and fear.

People waited at stops, it seems, on the way to work, while others hurried by car to leave the city, which is only about 15 kilometers (less than 10 miles) from the front line with the Donetsk People’s Republic, one of the two separatist countries. this week held territories recognized by Russian President Vladimir Putin as independent in the prelude to the invasion.

In the morning in Kiev the alarm rose, long queues of cars at gas stations and others heading out of town. The extensive city metro system was declared free for all riders and many people huddled with luggage in the corridors seemed to not know where to go but were comforted by the protection of being underground.

Kyiv Mayor Vitali Klitschko has urged 3 million city residents to stay at home when they are not working in critical sectors, and said everyone should prepare bags with essentials such as medicines and documents.

The mixed reaction of Ukrainians may reflect the frequent attempts of President Vladimir Zelensky to moderate expectations of Russian aggression. He argued that the panic would destabilize society, which could be as tactical an advantage for Russia as the 150,000 troops that have stingy on Ukraine’s borders since late last year.

“We did not believe that such a situation would come,” said Elizaveta Melnik from Kyiv.

Zelensky’s position changed markedly on Wednesday when Ukraine imposed a state of emergency, which included possible restrictions on rallies and restrictions on car traffic.