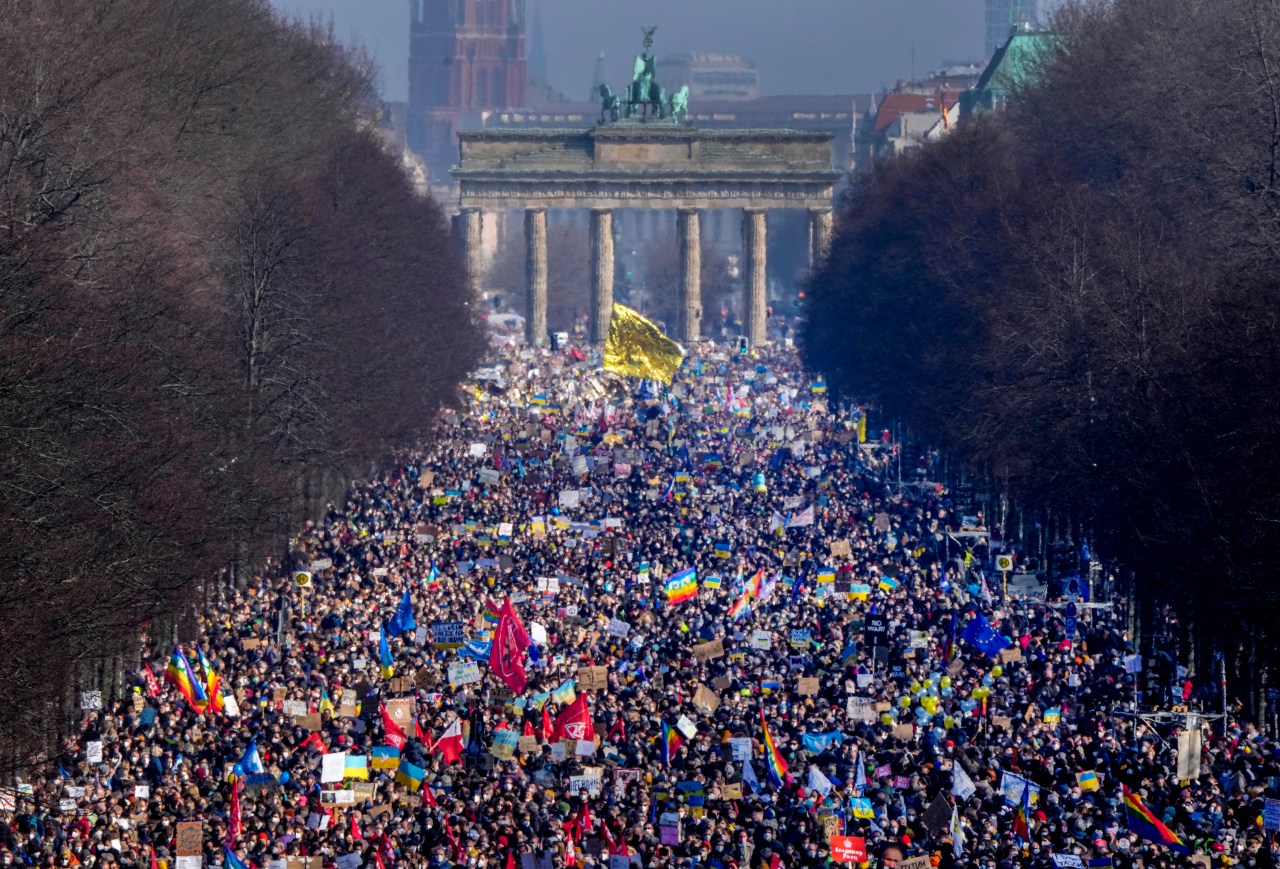 BRUSSELS (AP) – The chief executive of the European Union says the 27-nation bloc will close its airspace to Russian airlines, fund arms supplies to Ukraine and ban some pro-Kremlin media in response to Russia’s invasion.

European Commission President Ursula von der Leyen said on Sunday that “for the first time, the European Union will finance the purchase and delivery of weapons and other equipment to the country under attack.”

Von der Leyen added that “we are closing EU airspace to the Russians. We propose to ban all aircraft owned by Russia, registered or controlled by Russia. These planes will no longer be able to land, take off or fly over EU territory. “

She also said that the EU would ban the Kremlin media machine. State-owned Russia Today and Sputnik, as well as their subsidiaries, will no longer be able to spread their lies to justify Putin’s war and sow division in our union. “

“We will hit the Lukashenko regime with a new package of sanctions,” she said.

THIS IS AN UPDATE OF NEWS. The previous history of the AP is given below.

BRUSSELS (AP) – As part of one of the most significant developments in European security policy in decades, Germany announced on Sunday that it is allocating 100 billion euros ($ 113 billion) to a special fund of the armed forces and will keep its defense spending above 2% GDP is now a step caused by Russia’s invasion of Ukraine.

The announcement, made hours before Russian President Vladimir Putin ordered Russian nuclear forces to be on high alert, stressed that Russia’s war against Ukraine rewrote Europe’s post-World War II security policy in a way that was unimaginable. weeks ago.

A shift in German policy also occurred when Italy, France, Austria, Malta, Canada and Belgium joined other EU countries in closing their airspace to Russian aircraft, cutting the skies over Europe.

Meanwhile, anti-war protesters took to the streets in Berlin, Rome, Prague, Istanbul and other cities – even Russian ones such as Moscow and St. Petersburg – demanding an end to the war, the continent’s largest ground offensive since World War II. .

Tens of thousands of people gathered on Sunday in front of the Brandenburg Gate, some carrying placards with slogans such as “Hands off Ukraine”, “Tanks to the windmills” and “Putin, go to therapy and leave Ukraine and the world.”

German Chancellor Olaf Scholz’s announcement of new defense funding is significant for Germany, which has been criticized by the United States and other NATO allies for failing to invest properly in their defense budgets. NATO members have pledged to spend 2% of their GDP on defense, but Germany has consistently spent much less.

“It is clear that we need to invest much more in the security of our country to protect our freedom and our democracy,” Scholz said at an extraordinary session of the Bundestag in Berlin.

Scholz said the € 100 billion fund is now a one-off measure for 2022. It was not immediately clear whether similar funds would be allocated in the coming years. But Scholz noted that Germany will exceed the 2% of GDP threshold in the future, indicating an overall future increase in defense spending.

The day before, Germany announced another major policy shift, saying it would send weapons and other supplies directly to Ukraine, including 500 Stinger missiles used to shoot down helicopters and military aircraft, and 1,000 anti-tank weapons.

Meanwhile, Israel has announced that it is sending 100 tons of humanitarian aid – medical equipment and medicine, tents, sleeping bags and blankets – to help civilians caught in the fighting in Ukraine.

Israel has also offered itself as a potential mediator during a telephone conversation between Israeli Prime Minister Naftali Bennett and Putin, the Kremlin and Israel have said. Bennett also spoke with Ukrainian President Volodymyr Zelensky, a Jew, on Friday.

On the European front, the European Union’s interior and foreign ministers held emergency talks on Sunday to respond to the crisis.

The interior ministers discussed how to deal with the influx of refugees, as well as security issues at the EU’s borders with Ukraine and humanitarian aid to the country. The UN refugee agency said more than 368,000 people had fled Ukraine as of Sunday, and an estimated 4 million could flee if fighting continues.

Later on Sunday, EU foreign ministers met by video conference to discuss sending additional military aid to the Ukrainian government in Kyiv. EU High Representative for Foreign Affairs and Security Policy Joseph Barrel said he would call on ministers to approve “an emergency aid package for the Ukrainian armed forces to support them in their heroic struggle.”

To strengthen their military training and support missions around the world, 27 countries have established the European Peace Fund, a fund with a maximum amount of about 5.7 billion euros ($ 6.4 billion). Part of the money can be spent on training and equipping partner countries, including deadly weapons.

Providing Ukraine with weapons purchased with EU money would be unprecedented.

Barrel says EU ministers will also weigh “further measures in support of Ukraine against Russian aggression.” The meeting is informal, so binding decisions cannot be made, but their recommendations can be implemented in the coming days.

As Greece sent more military aid and Italy weighed its own contributions, Turkish officials called Russia’s invasion a “war,” a categorization that could force Ankara to close Turkish straits to Russian warships, as Kyiv requested earlier this week. The Montreux Convention of 1936 gives Turkey the right to prohibit “warring states” from using the Dardanelles and the Bosphorus in wartime, but provides an exception for Black Sea ships to return to port.

As for sanctions, Japan has joined the United States and European countries in excluding key Russian banks from the international financial and banking system SWIFT. Japan will also freeze the assets of Putin and other high-ranking Russian officials, and will send $ 100 million in emergency humanitarian aid to Ukraine, Prime Minister Fumio Kishida told reporters.

Meanwhile, Catholic and Orthodox religious leaders prayed for peace on Sunday, expressed solidarity with Ukrainians and condemned the Russian invasion.

In the Vatican, Ukrainian flags fluttered in St. Peter’s Square as Pope Francis blessed Sunday weekly and called for global solidarity for the “suffering people of Ukraine.”

“Those who wage war forget humanity,” Francis said, adding that such a mentality is based on the devilish and perverse logic of weapons, which is the farthest from God’s will.

Francis refrained from naming Russia by name, obviously with respect for his hopes of maintaining an open dialogue with the Russian Orthodox Church.

Also Sunday, the Ecumenical Patriarch of Constantinople described Russia’s invasion as “beyond all sense of law and morality” and called for an end to the war.

Patriarch Bartholomew is considered a spiritual leader and the first among equal Eastern Orthodox Christians worldwide. He gave independence to the Orthodox Church of Ukraine, which separated it in 2019 from the Russian Church, with which it has been associated since 1686. As a result, the Russian Orthodox Church severed ties with him.