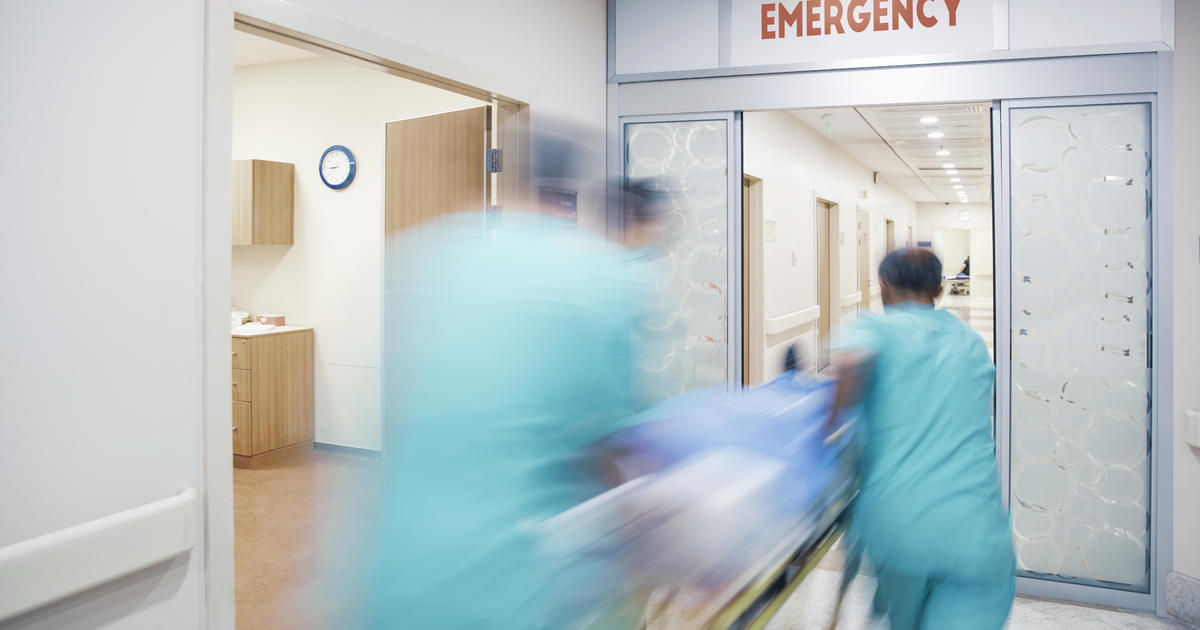 Do you need to go to the emergency room or urgent care? The options can be complex and expensive

He had a high fever, head and body aches and appeared disoriented, she said. The Dudley family had a decision to make: whether to go to an emergency hospital or an urgent care clinic near their home in Des Moines, Iowa.

“The ER takes five, six, seven hours before you get seen by a doctor, depending on how many people are there,” Sarah said. “I know I can go to an urgent care clinic and be seen within an hour.”

According to court documents, Joseph was misdiagnosed with the flu by a physician’s assistant at the clinic. His condition worsened. A few days later, he was hospitalized for bacterial meningitis and put into a medically induced coma. He has suffered several strokes, lost hearing in one ear, and now has problems processing information. The Dudleys sued for malpractice and a jury awarded them $27 million, but the defendants asked for a new trial.

Their story reflects the challenge of the American health care system: injured or ill people are asked to make wise decisions in times of stress about which medical facility is best to seek care. And they have to make that choice among a growing number of options.

Landing in the wrong conditions can lead to higher and unexpected medical bills and increasing frustration. Patients often don’t understand what services different facilities provide or the level of care they need, and making uninformed choices is a “recipe for poor outcomes.” Caitlin Donovansenior director of the National Patient Advocacy Foundation, a nonprofit patient advocacy organization.

“We’ve created this labyrinthine health care system that works to maximize profits,” Donovan said. “It does this by creating a confusing, difficult-to-navigate system that continually imposes higher costs on patients.”

But revenue-driven and risk-averse operators of sites that act as alternatives to hospital emergency rooms have little incentive to make the process easier for patients.

“We live in a fee-for-service world, so the more patients you see, the more money you make,” he said Vivian Ho, a health economist at Rice University. “If you’re going to open one of these facilities — even if you’re a nonprofit — you want to make a profit.”

The number of urgent care clinics in the U.S. grew by about 8% each year from 2018 to 2021, according to the Urgent Care Association. But the services and level of service can vary greatly from clinic to clinic. In the current strategic planthe industry group says it is working to help a wider audience understand what is considered an emergency.

Concentrationwhich operates urgent care clinics in the eastern and central US, touts its ability to care for allergies, minor injuries, colds and flu. CareNowanother major player in urgent care, says its clinics can treat similar problems, but services can vary by location. According to the American Academy of Emergency Medicine, some clinics offer labs and x-rays; others have “more advanced diagnostic equipment.”

There are separate emergency departments are more and more common, although data on their exact numbers are sketchy. Some are owned by hospitals and others are independent; some are open 24/7, others are not. Although they often have doctors trained in emergency medicine, many do not offer trauma services or have operating rooms on site, even like them saddle the sick with large bills.

According to patients, there weren’t always so many options Dr. Ateev Mehrotra, professor of health policy at Harvard Medical School. Despite all the choices, he said, the health care industry tends to direct patients to the highest and most expensive level of care.

“What do you probably hear when you call your primary care doctor while you’re on hold? If it’s a life-threatening emergency, call 911,” Mehrotra said. “Risk avoidance keeps people in the emergency room.”

Federal law requires emergency rooms at hospitals that participate in the Medicare program to treat everyone who shows up. Also the Emergency Medical Care and Labor Act known as EMTALAwas created in 1986 in part to prevent hospitals from transferring uninsured or Medicaid patients to other facilities until they were stabilized.

But the lack of clear guidelines for enforcing the law sometimes prevents emergency room doctors from referring patients to more appropriate facilities, doctors say. The law does not cover urgent care clinics and is inconsistently applied to individual emergency departments.

The law makes emergency physicians nervous Dr. Ryan Stanton, an emergency medicine physician in Lexington, Kentucky. Those who would like to refer patients to facilities with a lower level of care, if necessary, worry that they could run afoul of EMTALA.

“It’s meant to protect the consumer,” Stanton said. “But it has the following effect: There are things I wish I could tell you, but federal law says I can’t.”

Stanton said EMTALA could be updated to allow emergency room doctors to talk more openly with patients about the level of care they need and whether an emergency room is the best — and most affordable — place to get it.

The Centers for Medicare and Medicaid Services, the federal agency that enforces the law, said it was willing to work with hospitals to communicate with patients, but did not outline specific initiatives.

Efforts to educate patients before they seek care do not always eliminate confusion.

Take, for example, the ambulance network MedExpresswhich offers a list of conditions it treats and guidance on when to seek more intensive therapy.

Carolina Levesque, a nurse practitioner at MedExpress in Kingston, Pa., said she still sees patients with serious health signs, such as chest pain, that require a referral to the emergency room. Even these patients are frustrated when they are sent elsewhere.

“Some patients will say, ‘Well, I want my co-pay back.’ You didn’t do anything for me,” Levesque said.

Some patients, like Edith Eastman of Decatur, Georgia, said they appreciate it when providers understand their boundaries. When Eastman got the call last February that her daughter had hurt her arm at school, her first thought was to take 13-year-old Maya to the emergency room.

A local clinic had cared for Maya when she had previously broken her arm, and Eastman felt the medics could help a second time. Instead, concerned that the fracture was more complicated, they sent Maya to the emergency room and charged $35 for the visit.

“The ambulance said, ‘Look, this is above our salary.’ She wasn’t just patched up and sent home,” Eastman said.

All parts of the health care system must play a role in eliminating confusion, advocates say. Insurance companies can better inform policyholders. Urgent care clinics and individual emergency departments could be more transparent about the types of services they offer. Patients can better learn to make more informed decisions.

Otherwise, the solutions will be partial — like a short-term advertising campaign managed by BayCare, which operates hospitals and urgent care centers throughout the city of Tampa, Florida. Launched in 2019 to educate patients went viral.

“I have the flu: emergency room. I have the plague: ambulance,” one ad read.

But other hospitals, he said, see only competition from other players entering their markets

“If a stand-alone urgent care facility opens across the street from your urgent care, you’re going to lose certain parts of your business from having them there,” he said.

Donovan, a patient advocate, said this mindset perpetuates confusion that is ultimately harmful to patients.

“If you break your leg, it’s not smart to say, ‘Are you Googling whether urgent care or EMS is appropriate?'” she said. “No, you just need to get help as soon as possible.”

KHN (Kaiser Health News) is a national newsroom that produces in-depth journalism about health issues. Along with policy analysis and surveying, KHN is one of the three main operating programs in the KFF (Kaiser Family Foundation). KFF is a non-profit organization that provides health information to the nation.