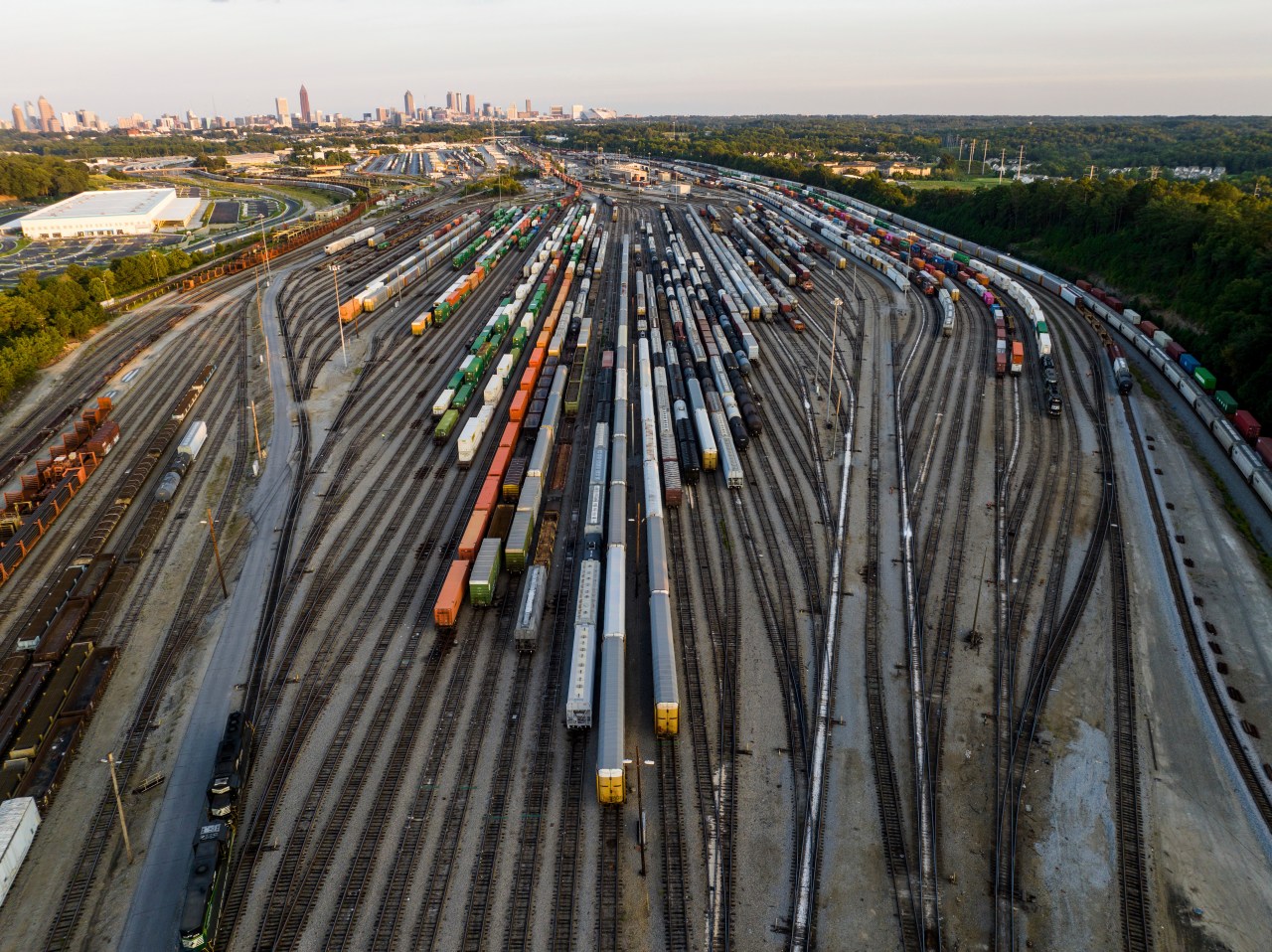 OMAHA, Neb. (AP) — Businesses are increasingly worried about the new threat of a railroad strike after two unions rejected their deals, and they want the Biden administration and Congress to be ready to step in.

A coalition of 322 business groups from various industries signed a letter Thursday to President Joe Biden urging him to make sure the deals he helped broker last month are approved because a railroad strike would have dire consequences for the economy. All 12 rail unions must approve their agreements to avert a strike next month.

“It is critical that these contracts be ratified now, as a shutdown of the railroad would have a significant impact on the U.S. economy and lead to further inflationary pressures,” wrote the group, which includes nearly every major trade group and quite a few state business associations. .

Biden has been closely monitoring the contract dispute and appointed a special board of arbitrators this summer to try to help resolve it, but the White House has not said whether he will be personally involved again.

The railroad has offered a 24% raise and $5,000 in bonuses as part of the five-year deal, the biggest increase in more than four decades, but talks hinge on quality-of-life issues. Unions representing conductors and engineers who operate the trains want the railroad to ease the tight schedules they say keep them on call 24/7, while other unions want the railroad to add paid sick time.

A strike is imminent because the two unions that rejected their deals have agreed to renegotiate before considering a walkout, but rail workers face one of those unions until Nov. 19. Six smaller unions have approved their deals, while four others are set to vote within the next month, including the two largest, and engineers and conductors in the two unions with the most quality-of-life concerns.

The head of the Brotherhood of Maintenance of Way Employes Division union, which rejected the deal earlier this month, said if the railroad does not consider adding sick pay, he has no choice but to prepare for a strike next month. Union president Tony Cardwell said railroad executives continue to “bow to Wall Street’s persistent desire to get more than their fair share” by reporting billions in profits.

Union Pacific, Norfolk Southern, BNSF, Kansas City Southern, CSX and other rail companies want any deal to closely follow compromises recommended by Biden-appointed arbitrators, so they have rejected all requests for paid sick leave. The industry also says unions have decided to ditch paid sick leave for years in favor of higher wages and robust short-term disability benefits that start after four days of absence and can last up to a year.

Ian Jeffries, who heads the trade group of the Association of American Railroads, said Thursday that “BMWED’s recent offer was not a realistic offer” because the union was “simply asking for more — and they did it knowing full well that the railroad was not going to agree.”

If the two sides can’t agree on a deal, Congress can step in and block the strike. U.S. fuel and petrochemical producers, which supported Thursday’s letter, are already lobbying lawmakers to make sure they are ready to act because refineries depend on rail to deliver more than 300,000 barrels of crude oil and other chemicals each day.

“We strongly emphasize the need to avoid a strike at all costs — not just for our industry. It will affect all industries,” said Rob Benedict, AFPM’s vice president of midstream manufacturing.