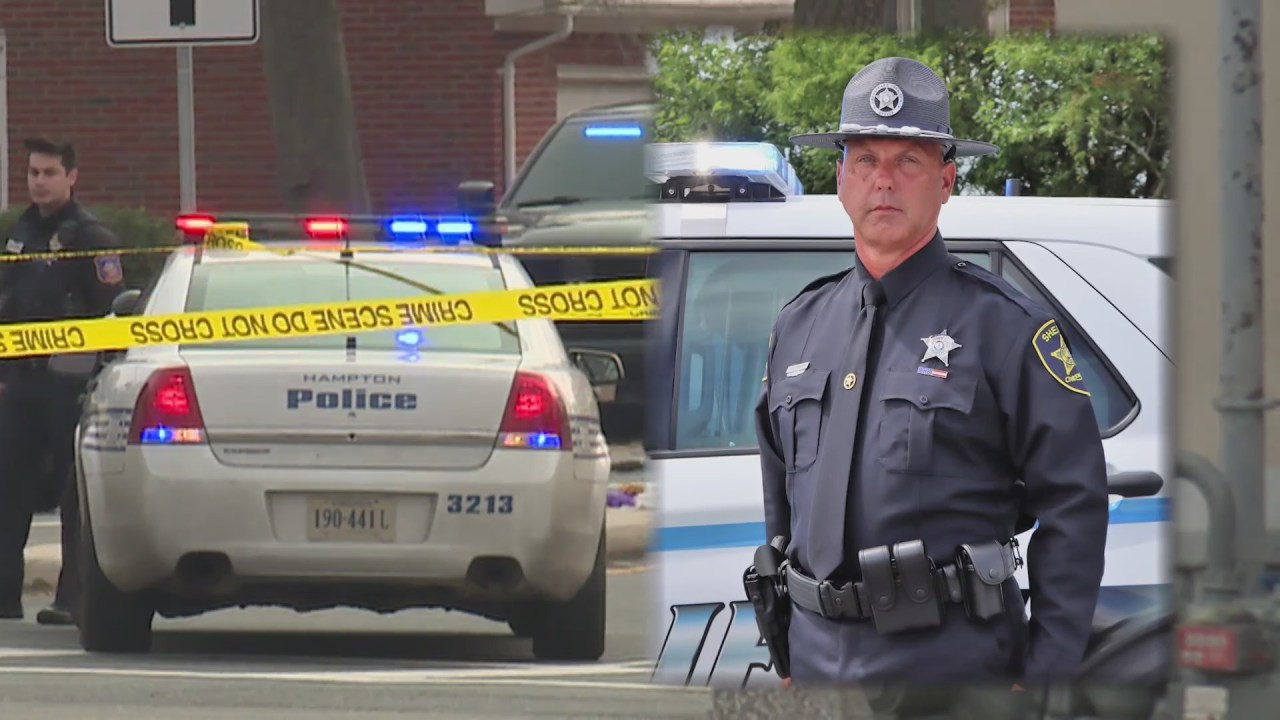 CHESAPEAKE, Va. (WAVY) – The Chesapeake Sheriff’s Office is giving 10 On Your Side a clearer picture of the chain of events that led to Wednesday’s shooting that left a homicide suspect dead and a deputy wounded.

A U.S. Marshal’s Task Force officer attempted to detain murder suspect Lamont Lewis late Wednesday morning. Lewis was accused of murdering his wife on Christmas Day and authorities say they searched for him for two weeks.

Chesapeake Sheriff Jim O’Sullivan tells 10 On Your Side the city could get help from the federal authorities at any time. In seven cities, the U.S. Marshals Task Force is comprised of various local law enforcement agencies and U.S. Marshals Services.

“This task force here in the Hampton Roads area is critical to getting the worst people off the streets. You have the best people appointed from every jurisdiction. The best marshals to find people and arrest them,” O’Sullivan said. “When you combine the resources that we have in the 757, we have every ability to find these people and get them off the streets to make communities safer.”

Last year, the task force detained 35 suspects in the murder.

“These are not the kind of people who come up, shake your hand and take them to jail without a fight. They are on the run. They can be accused of multiple murders. They are the most dangerous people in the Hampton Roads area,” said Sheriff O’Sullivan.

At the intersection of Big Bethel Road and Todd’s Lane, officers from the task force surrounded a silver car with Lewis inside. O’Sullivan described the chain of events after Lewis’ car was surrounded.

“When they pulled up behind the car, other cars gathered around it. They asked the driver to get out of the vehicle,” said Sheriff O’Sullivan. “She obeyed. She got out of the car pretty quickly. They were trying to get her to safety.”

“He jumps on the driver’s side and gets out on the side where Detective Chambers was, where he had less cover,” Sheriff O’Sullivan said. “He got out of the car with two guns and just started shooting. Investigative Chamber and others there. They had to respond with fire. It was a very, very difficult situation.”

Lewis was injured by the fire. He was pronounced dead at a local hospital by the Hampton Police Department. Investigator Scott Chambers was hit below the collarbone and upper thigh. As a therapist, he quickly sprang into action and applied a tourniquet.

“Typical Scott Chambers after he was hit and there was no danger from the suspect. He immediately sat down. He had heavy bleeding. He grabbed the tourniquet, put it on himself and began to tighten it himself. He started directing other people how to make it tougher,” said Sheriff O’Sullivan.

Chambers remains in critical condition and will undergo another operation on Thursday.

“This is a family member. We’re all family, but I’ve known Scott for a long time,” said Sheriff O’Sullivan. “In my heart. I knew he was a tough guy and he was going to be fine.”

Sheriff O’Sullivan said Investigator Chambers works with the U.S. Marshal’s Task Force and goes through weekly drills with them where they go over every scenario.

Chambers has experience as a Special Forces commander and an Army paratrooper. Chambers was also a firearms instructor.

“Every situation is different. A home may not be the best place to be when other people are there … or they have babies and children,” said Sheriff O’Sullivan. “Typically, you try to isolate these people so there’s no other collateral damage.”

However, he says that he would very much like the situation to end differently.

“It’s a very unfortunate situation because we wanted it to end peacefully,” he said. “If they’re willing to go out with two firearms, shooting at law enforcement officers, who knows what they would do to somebody else.”